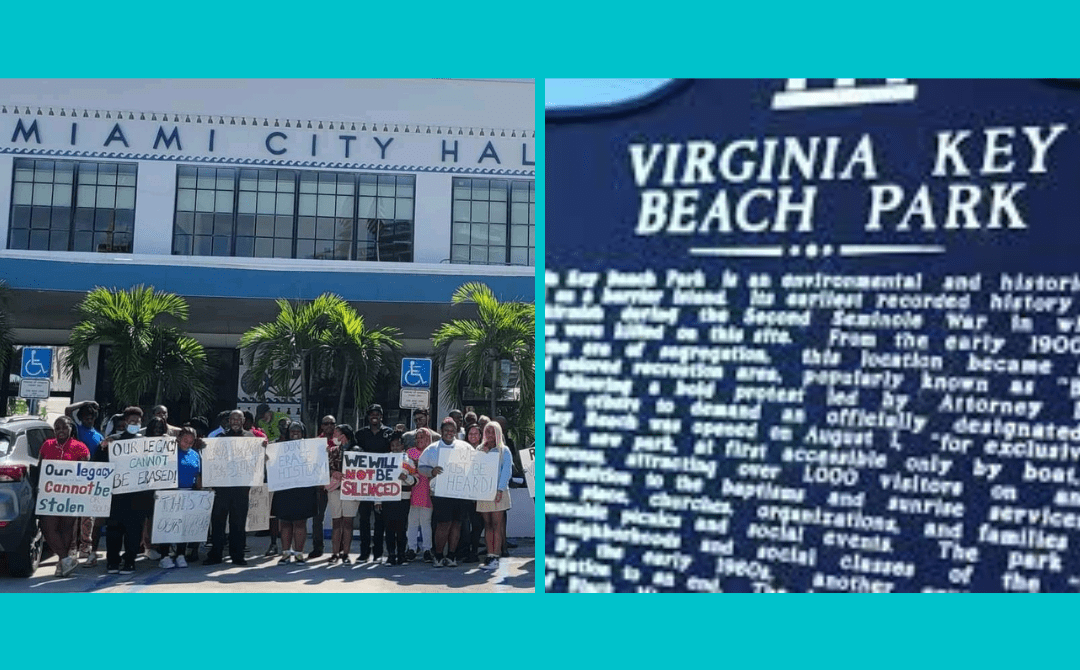 After a packed meeting on Monday, Jan 9th, the Black Miami-Dade community group has urged concerned citizens to join them at the next City of Miami Commission meeting on Jan 12th to demand that the Virginia Key Beach (VKB) Trust be restored.

The leaders of the group, which included Patrick Range, Leroy Jones and Terri Williams, asked the community to attend the meeting that starts tomorrow at 9am Miami City Hall.

People who attended the Zoom meeting which had more than 60 participants, echoed similar complaints with the City of Miami Commission which ousted the volunteer VKB Trust members last October. The overwhelming consensus from the people who attended the meeting was they want the Trust restored and they want a public apology from City of Miami Commission members who lied and said the members had mismanaged funds or as one of the Commissioner’s put it “they were caught with their hands in the cookie jar.”

“We should be mad as hell about that…..The people who they paid to do the audit said the sh*t wasn’t true and we’re gonna let them get away with that?” said Jones, founder of the Circle of Brotherhood in reference to the false claims by Commission members that the former VKB Trust displayed malfeasance managing the board. “I wouldn’t let them do it to you so we shouldn’t let them do it to them. It’s not right.”

The Black MDC group wants to anyone who can attend to show up to the City of Miami Commission meeting Jan. 12th starting at 9am. The meeting will take place at Miami City Hall-Commission Chambers; 3500 Pan American Drive; Miami. If you cannot attend they are urging people to call or email Miami elected officials to say they want the Trust restored to the volunteer members that were ousted and that they do not support what has been done to them.