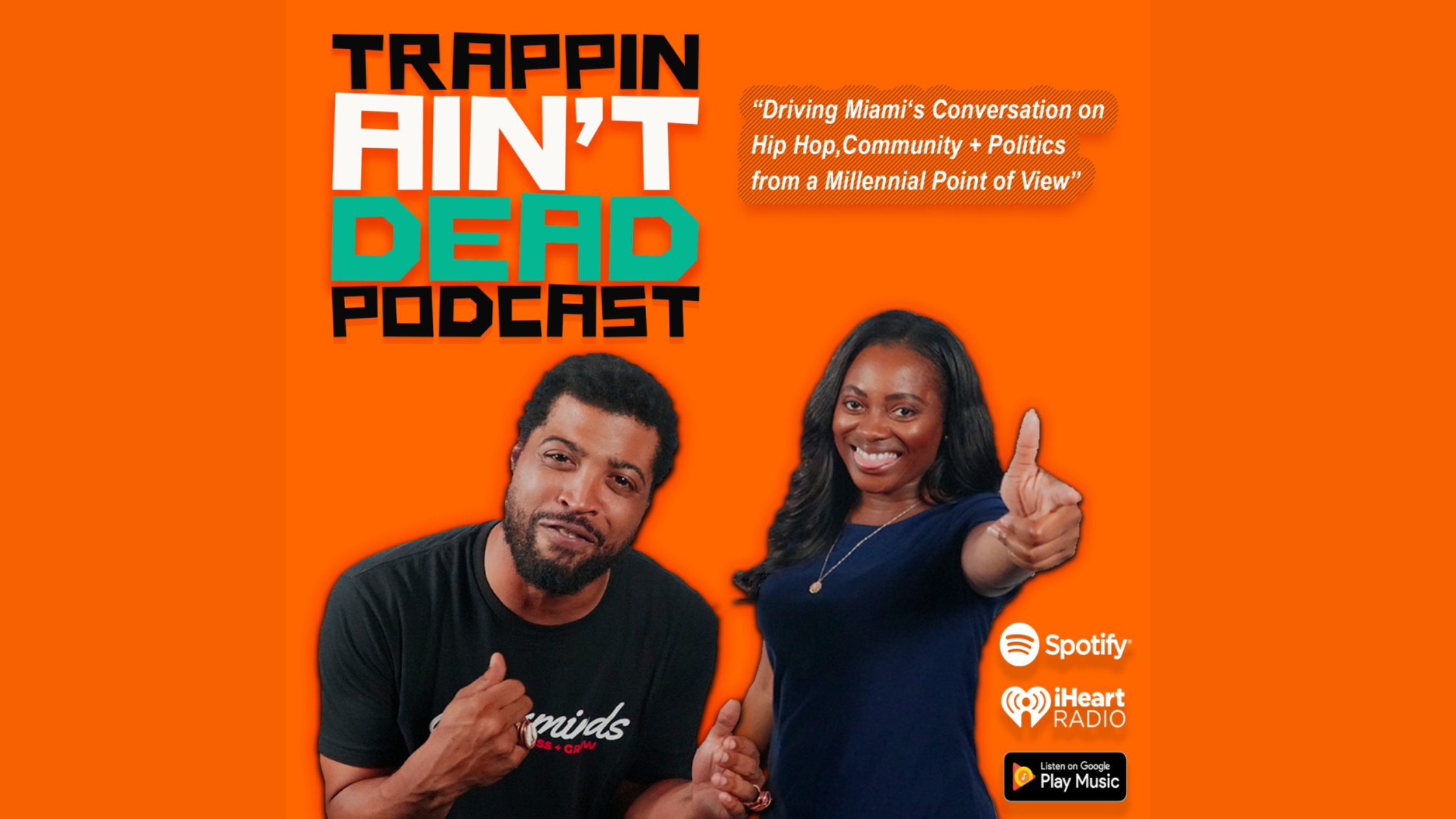 Guess who’s back??!!!!! Trappin Ain’t Dead Podcast hosts, James “Munch” Mungin and Janey Tate have reunited for a special edition of their popular South Florida show to recap the Virginia Key Beach Trust Community meeting that took place yesterday evening via Zoom. They’ll also be sharing their views on what’s really at the root of the VKB Trust drama and what community leaders and residents should be doing to keep the trust in the hands of the Black community. The show will be recorded live today at 7:30pm, and people can watch or listen via @TrappinAintDeadPodcast Facebook page and Hy-Lo News’ Facebook Group and Youtube pages.

Trappin Ain’t Dead Podcast is the brainchild of Mungin, an audio engineer, community advocate and entrepreneur. The show focused on having a Miami Conversation on Hip Hop, Community and Politics from a Millennial point of view. He invited Tate to join his show in 2017. “This just feels like the right time. People are tired of the fluff and want the real on what’s going with Virginia Key,” he said. “Trappin Ain’t Dead Podcast voice has been missing from Black Miami for stuff like this.”

Tate shared similar views. “This has been such a hot-button issue that people have been tuned into and really wanting to know what’s going on and how they should move. Trappin Ain’t Dead has always been that place to give it to our audience raw and real and honest as f*ck,” said Tate, founder of Hy-Lo News, who hosted the podcast for three years with Munch before the pandemic threw a wrench in their production schedule. “There’s something magical when me and Munch get on that mic together and this issue is a great way for us to come back together for the podcast.”

On Jan 9th, Terri Williams, President of One United Bank, Patrick Range, Circle of Brotherhood, and other Black leaders in Miami hosted a community meeting to discuss their action plan to restore the Virginia Beach Trust and urged the people to attend the upcoming City of Miami Meeting on Jan 12th to support their cause. The group of Black leaders and influencers formed Black Miami-Dade County (Black MDC) to advocate for Black economic equity from all municipalities in Miami-Dade County.

Black MDC wants to make sure the Black community holds a leadership position with the historic beach– which was the only beach in Miami Black people could go to during Jim Crow and segregation.

Tune in LIVE today to this special edition of Trappin Ain’t Dead Podcast at 7:30pm on Facebook and Youtube.