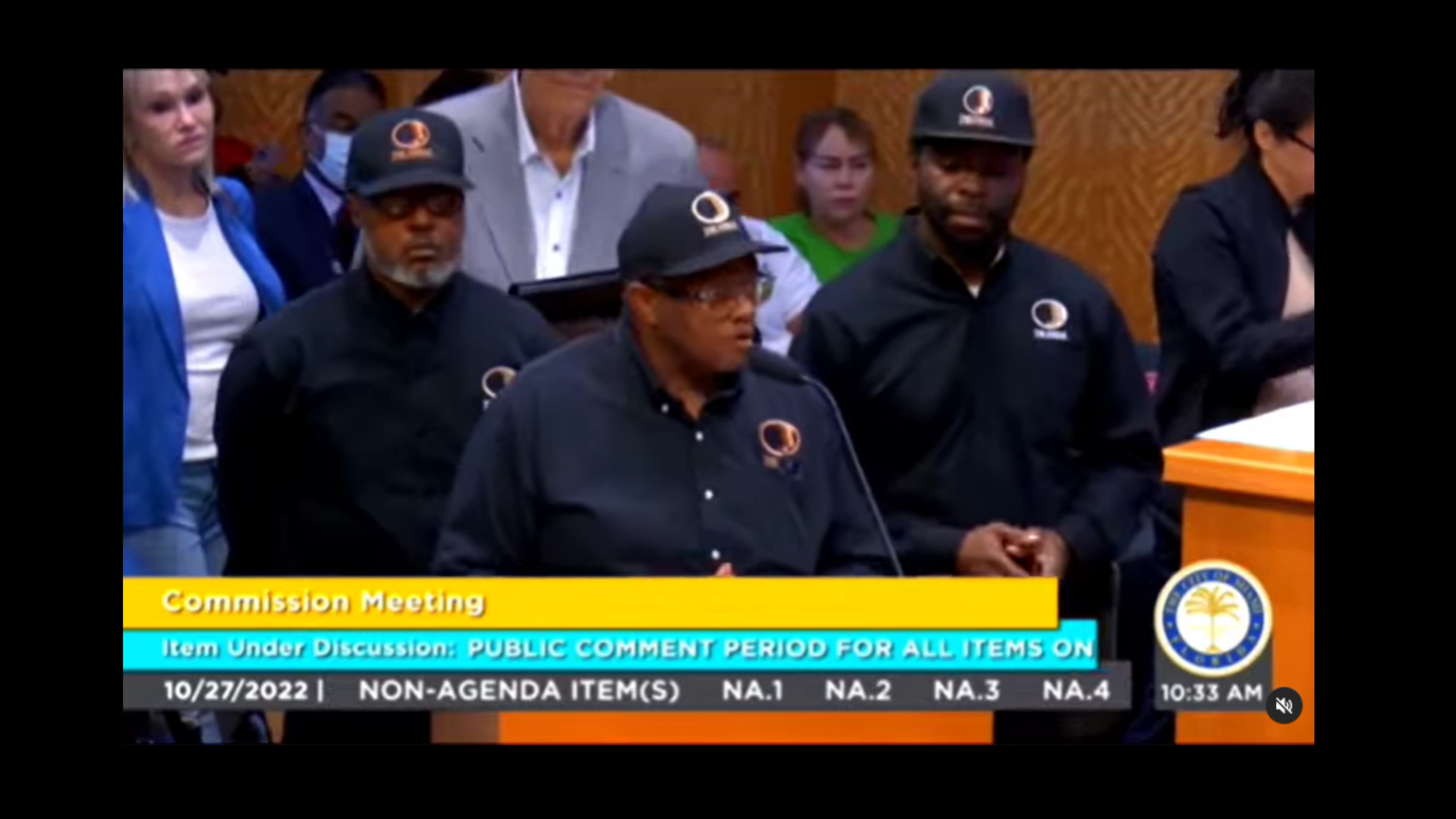 The community continues to fight for the Virginia Key Beach Trust Board (VKBT) that the City of Miami Kicked out on Oct. 14th. The Circle of Brotherhood organization brought dozens of people the latest City of Miami commission meeting for a protest to demand that community board be restored.

The community members were outrages that the City of Miami Commission replaced the majority Black board with a City appointed board that will be mainly Hispanic and non-Black.

The decision caused an uproar in the Black community who wants to see the Historic Beach remain in control of the community board that has managed it for years. This beach holds a special place in Miami’s history because it was the only beach Blacks in Miami could use during segregation.

The Circle Of Brotherhood organization led the demonstration on October 27th with many demanding the restoration of the trust. Many spoke during public comment section, including Circle of Brotherhood founder, Leroy Jones who also demanded that the city award the organization the $1 Million dollars they promised. He criticized them for reducing the grant to $250,000 and said they will not take the money for a lesser amount. Jones shared that their grant reduction and removal of the VKBT board are continued examples on resources and promises not being kept for Black Miami.

Check out these video posts from the Circle of Brotherhood protesting at Miami City Hall.

For more information on this Virginia Key Beach board ousting read Hy-Lo News’ latest article or watch our “Can We Talk” podcast episode on YouTube on this matter.