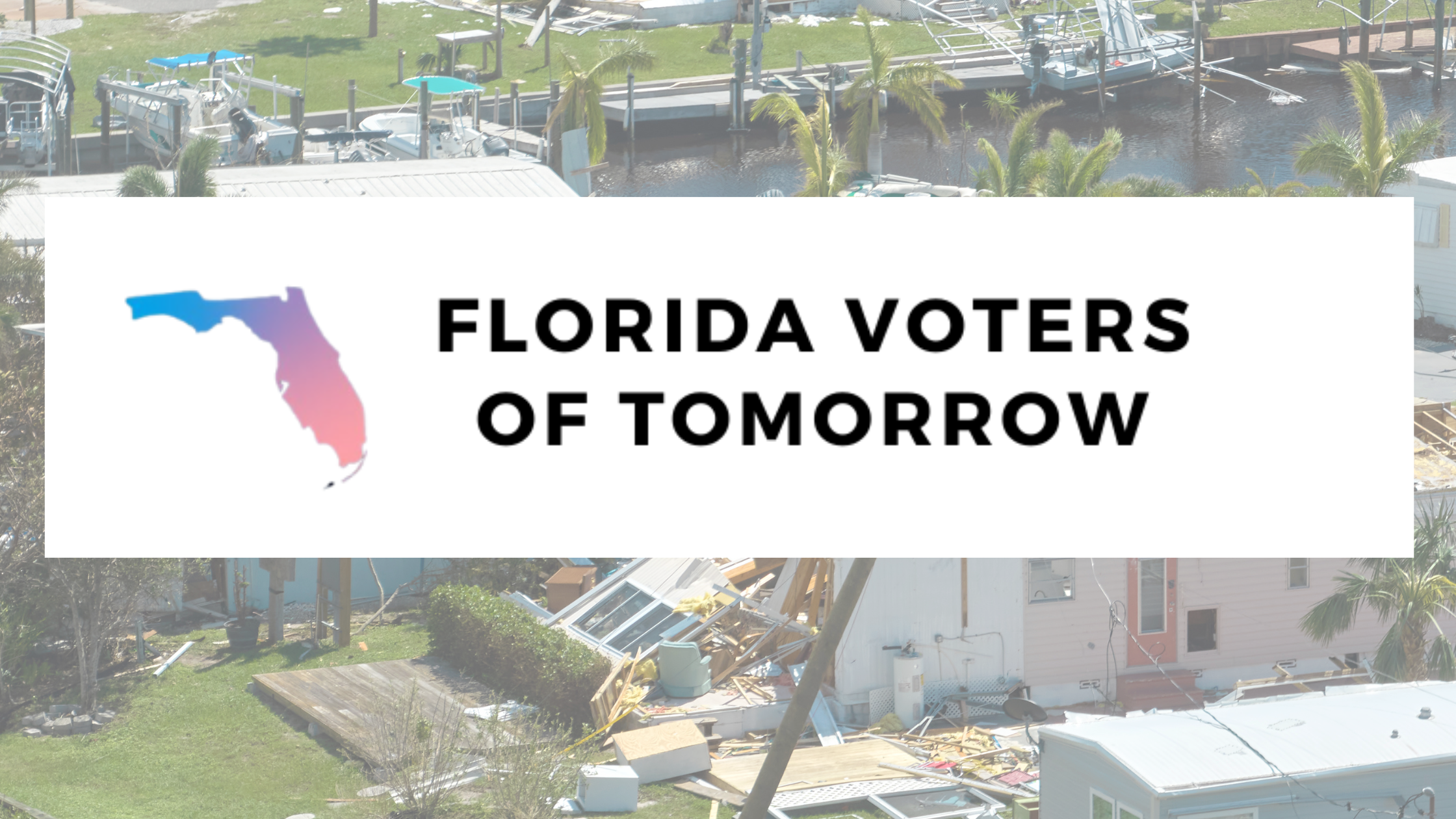 The open letter sent to Governor Ron DeSantis on Oct. 11th addressed how the devastating consequences of Hurricane Ian have been put on full display for the nation to see and has effected residents who wanted to register to vote.

As an organization, Voters of Tomorrow sees civil participation as the most important aspect to maintaining a strong and healthy democracy with the belief that natural disasters should not impede a Floridians right to voter registration.

Jayden D’Onofrio, President of Florida for Voters of Tomorrow wrote the following to Governor DeSantis and Secretary Cord Byrd:

Exactly six days ago I, as the President of Florida for Voters of Tomorrow, sent both of you a letter urging for the immediate extension of the October 11 voter registration deadline. The request that represented the thoughts of thousands of Floridians was flat out ignored.

As a result, I come to both of you once more, this time with a coalition of legislators, elected officials, and community activists wishing to see our Governor and Secretary of State take the appropriate action to give Floridians a fair chance to register for the upcoming election in light of the devastating affects left behind by Hurricane Ian.

There is no circumstance in which a natural event should allow for the impediment of an Americans right to register to vote. What our state experienced from Hurricane Ian was nothing short of a disaster and has caused at least a hundred citizens to die, houses to be completely disassembled, and schools to become shutdown, specifically in Southwestern and Central Florida. In addition, certain regions of the state have contained roads that are essentially impassable, a result that has rendered voter registration to be utterly impossible when coupled with the previous consequences presented by Hurricane Ian.

What we are asking for is simple: the voter registration deadline should be extended by at least a week to allow every Floridian the equal opportunity of registering to vote despite the ramifications brought forth by the recent hurricane. Voting is vital, it serves as the very bedrock of our democracy, we must not allow our state’s worst disaster to stand in the way of a Floridians ability to exercise their most sacred right.