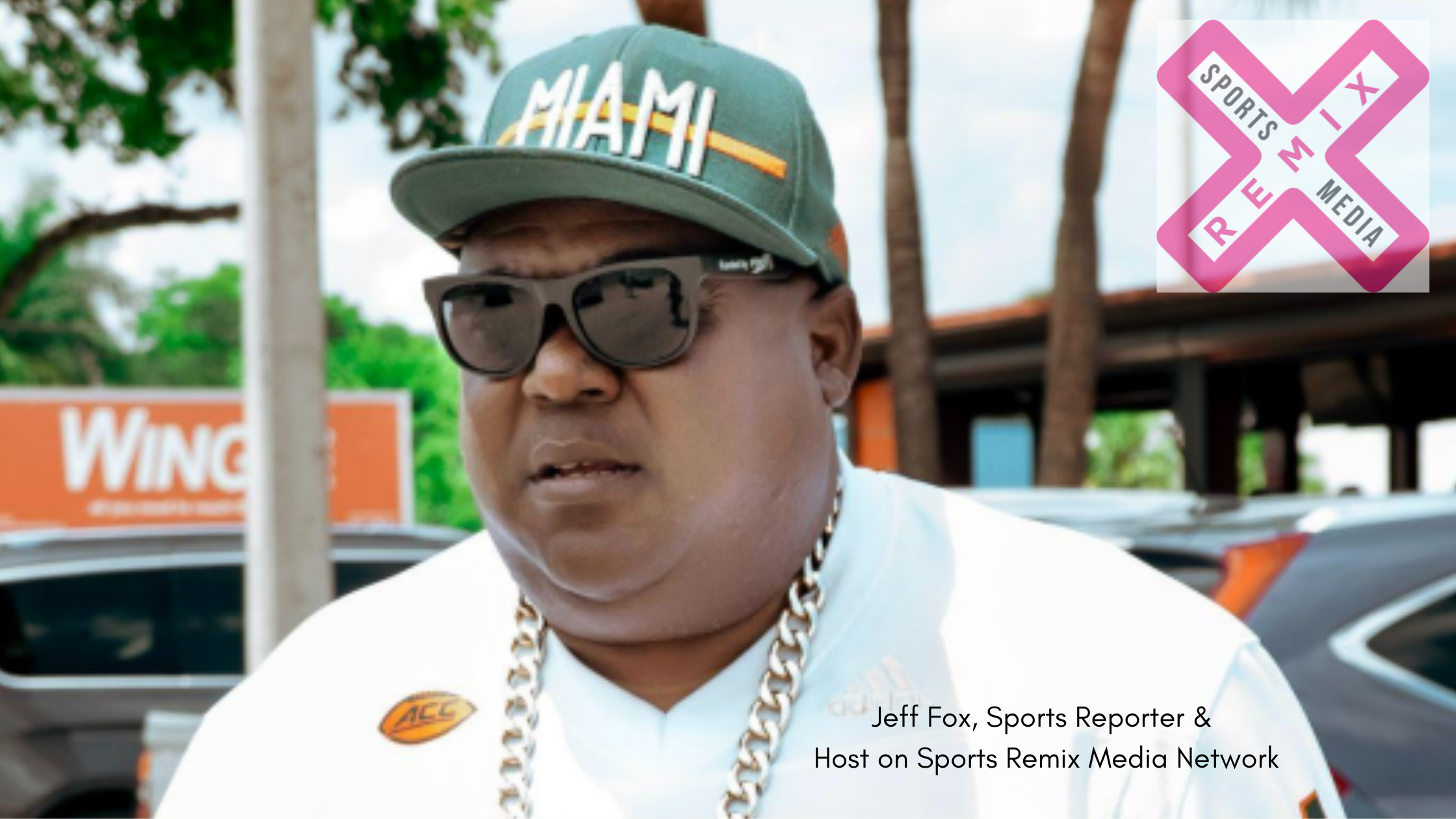 Sports coverage in South Florida is getting a Remix. A new sports network, Remix Sports Media, plans to bring a fresh perspective to South Florida Sports with the addition of Jeff Fox, a popular sports reporter in Miami. CEO of the new media company, Tommy Green, said he partnered with the sports personality to build a new media empire in South Florida.

“I have followed Jeff Fox since The Sports Brothers days on 790 The Ticket. Jeff has a love for Miami Sports, and Miami teams and has a connection with the South Florida Sports fan. I could think of no one better who can relate to the objective of Remix Sports Media to start off with than Jeff,” said Green.

Green intends to build a variety of sports shows built around entertainment and influencers in the Hip-Hop community with hopes of connecting sports, music, and entertainment with a style he said has never been seen before. Signing Fox to the new sports network is just the start and there are plans for the near future to launch a new sports show with Jeff and other celebrity hosts Sports Remixers, a term coined by the company for their sports analysts and reporters.

“I am happy to team up with Remix Sports Media and Tommy Green. I am very excited to be a part of the team and cannot wait to get started,” said Fox.

Remix Sports Media considers itself to be the next generation of sports content with an entertaining twist. Their mission is to connect sports reporting back to the heart of sports culture and to connect all major sports to a new generation.

“Our goal as a company is to “Remix” the way we consume sports by bringing choice and diversity to the sports broadcasting, reporting, and announcing world. Bringing the sports reporting industry closer to the “culture” of real sports fans and the younger generation across all sports! By using some of the top sports social influencers in the world today bringing your sports to you in a way like you have never heard before,” said Green in a statement sent to Hy-Lo News.

The network’s coverage of the sports world will focus on the athletic performances of players on the field and court as well as the many facets of athletes’ lives off the court, field, etc. The network has assembled influential sports voices from social media in one place– broadcasting sports in a style the network says comes from a very real perspective and nuance that lives in today’s sports culture.

“We are a group of highly motivated sports business professionals with ties to high school, pro, and collegiate level sports teams that noticed a huge void in the sports broadcasting announcing and reporting world and so have others,” said Green. “So we decided to create a company that will totally “Remix” the way we typically consume our Sports content by reaching the new generation of sports fans.”

For more information on Remix Sports Media visit their website. And check out their video about the Jeff Fox partnership.

0 comments on “New Sports Network Launches in South Florida with Popular Sports Reporter, Jeff Fox, as One of Their Lead Personalities”