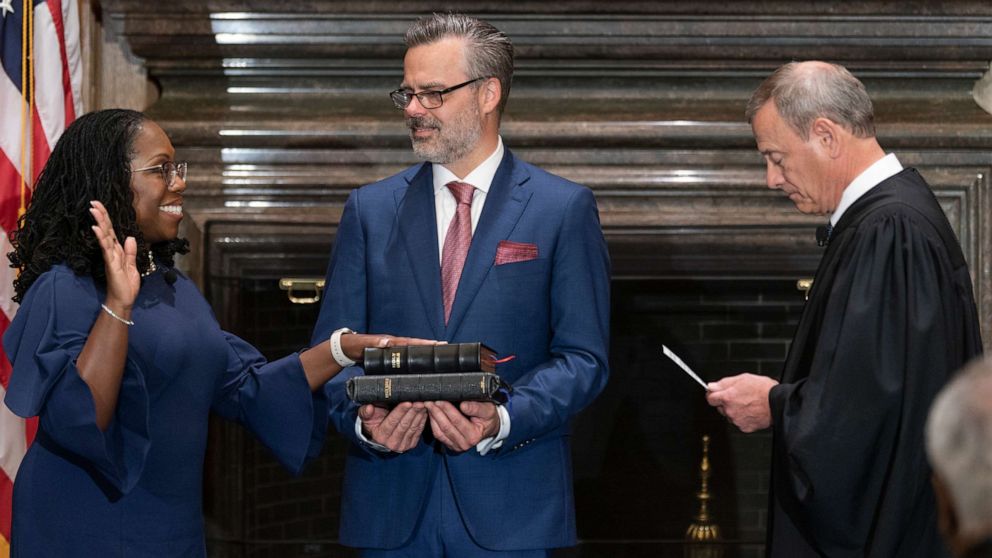 Black girl magic and history were made when Judge Ketanji Brown Jackson became the first Black woman to be sworn in on the United States Supreme Court. The 51-year-old Miami native was sworn in on June 30, 2022, after President Biden’s prestigious nomination in early April. After working for Supreme Court Justice Stephen Breyer for so long, Biden nominated her through a 53-47 party-line vote. With the help of two supporting Republicans, she went from federal court judge to Supreme Court Justice as she said the oath to Chief Justice John Roberts.

Now, what does this mean for Black and Brown citizens of the United States? How does this affect us in America? This is an empowering movement for the Black and Brown community. Also, for young Black girls, like me, this is inspiring because this proves that even young black girls can be something amazing. This monumental moment motivated me to shoot for the stars. This displays that we are not what some people in society think we are as minorities. We are bright, inspiring, and beautiful all in one. This Black woman paved a way for all of us by showing that we can do anything we set our minds to as long as we are patient and display the ability to fight for our wants and our beliefs.

Having Judge Ketanji Brown Jackson in office reassures me for the simple reason that I know there’s someone on the supreme court fighting on our side. We need more minorities in office and positions of power to deeply express our struggles. Being that I am also a Miami native like Judge Brown Jackson, proves to me that young Black girls from my community can also achieve their dreams. Judge Ketanji Brown Jackson makes me realize that we can overcome any obstacle that is thrown our way by society. Young Black women can become something powerful and can achieve their dreams.

In my opinion, having a Black woman in the United States Supreme Court means that we have a voice that can speak up for us and truly understand the issues that plague our communities. We’ll have someone fighting for justice and equity in her rulings on the Supreme Court– that as we know have effects on our society for decades and even centuries. We’ll have someone that understands the struggles of being part of a minority group and as a woman in today’s society. She can speak up against the brutality fought against Black people. I’m also hoping that she can help with the recent Roe v. Wade overturning by making it law again because that’s something that benefits all women- and even all people for that matter. I know she truly understands our history as Black people in this country when it comes to unfair laws and rulings and how it affects us even today.

This event will forever go down in history as an inspirational moment for myself and the entire Black community. Judge Ketanji Brown Jackson being sworn in motivates me to be patient as a young Black teenager and to know that whatever I put my mind to I’ll succeed. She has shown me that this country has begun to give young women a chance to not only be elevated to top positions but to also thrive in those positions by being unapologetically myself. With the swearing-in of Judge Brown Jackson, I now know what’s meant for me, will be.

I hope this continues to motivate me to remain a diligent member of my community to keep fighting for my beliefs and believe in myself especially if no one else will. The simple act of Judge Brown Jackson holding up her right hand to be sworn in to be a judge on the highest court in this land will forever serve as a symbol to represent the notion that anything is possible. I’m inspired to become a stronger and better individual. Congratulations to Judge Ketanji Brown Jackson. I know she’ll rise to many challenges and will continue to fight for our people. I’m thankful that I have another example of a powerful Black woman to look up to and it doesn’t hurt that she’s also from the 305.

8 comments on “Opinion: Judge Ketanji Brown Jackson’s Swearing-In Has Shown That a Young Black Girl From Miami Can Be Limitless”