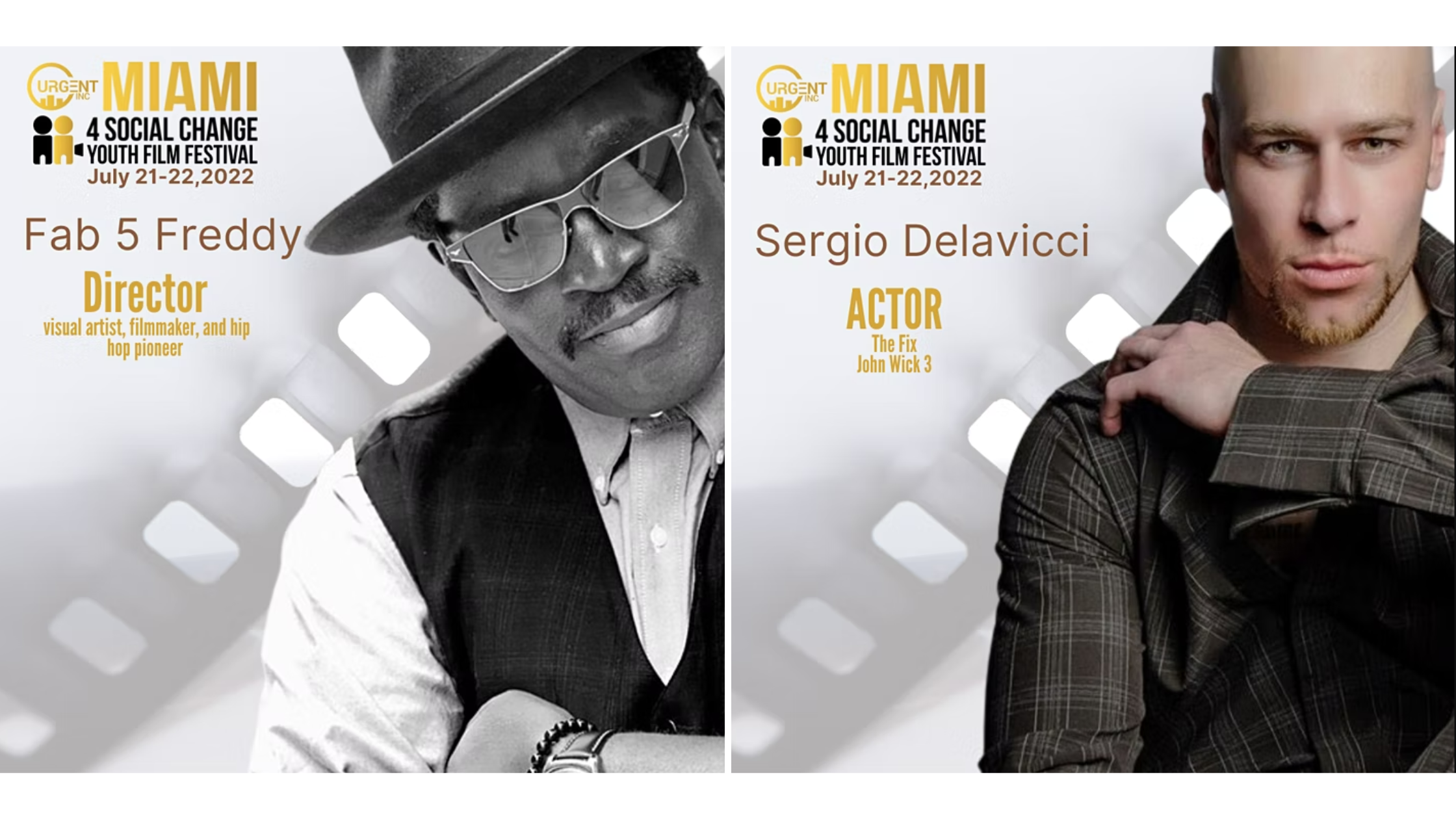 ANDDD ACTION! CLICK. That’s the sound of a filmmaker at work. Doing what they do best, they are able to create a work of art with their imagination and the help of professional actors. Ever since I was a young child, I knew that I wanted to be one of those imaginative movie creators too. Growing up, I always watched my dad edit these videos from looking bland to colorful and lively. Seeing how it affects the audience by attracting it to the movie or video, I realize that this career path is where I want to go in life.

However, as a young Black teen, I don’t see many filmmakers of color in this industry. But I’m glad to see Urgent Inc is trying to be a part of that change. The Miami 4 Social Change Youth Film Festival (M4SC) is giving young upcoming filmmakers a chance for them to showcase their talent. The film festival will take place July 21-22 at the Julius Littman Performing Arts Theater from 9:00 AM- 3:00 PM each day.

“I am thrilled to have the opportunity to hopefully inspire the next generation of visionary creatives in media and entertainment to pave the way for emerging content creators,” said Fab 5 Freddy in a statement.

Sergio Delavicci shared similar regards and his views on being a part of the youth driven film festival.

“The future of storytelling in film is in the hands of our next generation. It’s imperative that we equip them with the knowledge and wisdom to masterfully craft stories that impact the world. By being part of the Miami 4 Social Change Film Festival, it provides the opportunity to pave the way for emerging content creators,” he said.

The film festival is powered by Urgent Inc which is led by their leader and CEO, Dr. Saliha Nelson.

“Miami 4 Social Change Film Festival encourages the talent of young filmmakers and elevates diverse youth voices who are using film to shine a light on issues they care about,” said Nelson.

Dr. Nelson has worked for Urgent Inc. for 20 years and is motivated by the young people she serves. She said the film festival was created to help children develop their voices and transform their communities with their talents.

The film festival will be held in North Miami Beach and sponsored by the Children’s Trust Fund, Teach for America, Miami Dade County Department of Cultural Affairs and the Cultural Affairs Council, the City of North Miami Beach, and the Miami Dade County Mayor and Board of Commissioners. There’s also an end-of-the-summer film festival on July 29th.

Dr. Nelson shared that the film festival will also be showing more than 67 short films in 3 different categories–live-action, music videos, and documentaries. The kids who submitted their films for the festival will have a red carpet opportunity with celebrity guests. Tickets are still available starting at $5 for youth and $20 for adults. Attendees can also expect workshops, competitions, master classes, keynote sessions, and award presentations.

For more information about this event visit: https://www.urgentinc.org/youth-film-festival