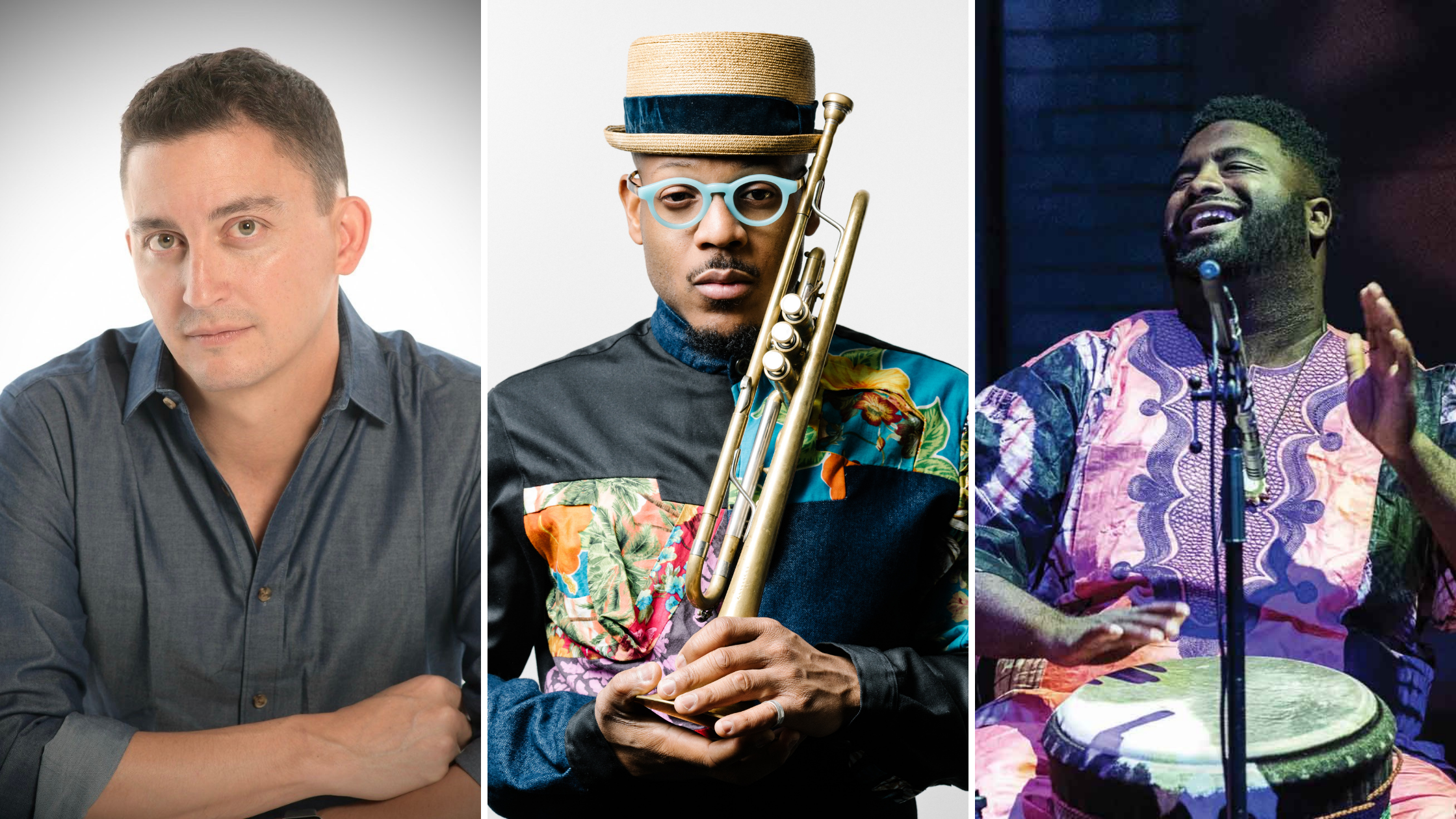 Dranoff 2 Piano presents a weekend in Overtown with Grammy winning musicians who fuse West African beats in their music. Some of the featured artists include Etienne Charles and the Creole Soul Band, Weedie Braimah and Martin Bejerano.

On Friday, April 29th and Sunday, May 1st, Dranoff 2 Piano will present two days of top Caribbean, African and American artists exploring their Black African musical heritage in performances at the Black Archives Historic Lyric Theater. The weekend will include performances and talks on the influence and inclusion of West African songs and rhythms on jazz and the music of the Americas.

For 36 years, the Dranoff International 2 Piano Foundation has been the world’s leading champion of exclusively two piano repertoire and artistry. It is the only international foundation, accredited by the World Federation of International Music Competitions, to discover, promote, and award honors to top professional duo piano artists through its competition, commissions, and presentations of duo piano concerts. The Dranoff promotes awareness in a new generation of students of the transformational power of music and the arts through its multi-disciplinary, educational, and inspirational concert program, PIANO SLAM.

Another partner in the weekend concert series is West African Beats. This organization produces an event that showcases African influences in American music concert series. It is supported by Funding Arts Network (FAN) a not-for-profit organization dedicated to funding performing and visual arts in Miami Dade Count via their AWARE initiative (Artists Works Addressing and Rethinking Equity) in celebration of the 25th anniversary of philanthropy in our hometown.

Etienne Charles– Trinidad born Etienne Charles is a performer, composer and storyteller, who is continuously searching for untold stories and sounds with which to tell them.

As a sideman he has performed with and/or arranged for Roberta Flack, Marcus Roberts, Marcus Miller, Count Basie Orchestra, Frank Foster’s Loud Minority Big Band, Monty Alexander, Gregory Porter, René Marie, Paulette McWilliams and many others. He has been commissioned as a composer and arranger by Lincoln Center (2018 & 2021), Savannah Music Festival (2017), Chamber Music America (2015 & 2021), the Charleston Jazz Orchestra (2012) and the Chicago Jazz Ensemble (2011).

He currently serves as Associate Professor of Studio Music and Jazz at the University of Miami, Patricia L. Frost School of Music.

Weedie Braimah– Weedie Braiman is a young premier master of the djembe. He began his career at the early age of two, born in Ghana, where he was first introduced to West African culture and drumming. In East St. Louis, which is considered home for Braimah, he began his lifelong quest and professional career in the study of cultural music of the diasporas. A maverick performer of the highest caliber, Braimah has an almost insatiable knack to draw the entire audience into his grove, zigzagging through Africa on a breathtaking rhythmic roller coaster.

Braimah comes from a long lineage of musicians, including his mother, a respected jazz drummer and his father, a world renowned composer and master drummer. Having studied with the greats such as Mamady Keita, Famadou Konate, Abdoul Doumbia, and Fadouba Oulare just to name a few, it was no surprise that Braimah excelled musically and became well known on the drum and dance circuit. Braimah has been a performer, teacher and preserver of African culture for over 20 years and continues to peruse new musical journeys every day.

Currently, Martin heads the Jazz Piano Studio at the acclaimed Frost School of Music, University of Miami, is serving as Artistic Director for the world-renown Dranoff International 2 Piano Foundation, and continues touring and recording with artists including Roy Haynes, Ignacio Berroa Trio, Dafnis Prieto, Jonathan Kreisberg Quartet, and Roxana Amed, as well as with his current project, #CubanAmerican Trio.

Timothy Barber– Is a native Miamian and matriculated through the Miami-Dade County Public School System. Barber attended and graduated from Bauder College formally located in Oakland Park, Florida in 1993 with a Specialized Associate of Science degree in electronic engineering technology. After working in the field of electronics for several years, Barber entered Florida Agricultural and Mechanical University in Tallahassee in 1996 to further his academic career.
​
In August of 2009, Barber was selected as the executive director of the Black Archives History & Research Foundation of South Florida. He was extremely excited about the opportunity to serve the community in which he was raised and in the capacity of executive director at the organization that he served as a faithful employee for sixteen (16) years.
​

Shelly Berg- Shelly Berg is a Steinway piano artist and multi-Grammy nominated arranger and producer. His latest album Gershwin Reimagined: An American in London with the Royal Philharmonic Orchestra is conducted by José Serebrier and produced by Gregg Field (Decca Gold).

PRE-CONCERT TALK: Etienne Charles will give a multimedia presentation on the historical passage of West African music into the foundation and fabric of American Jazz and Caribbean music.

PRE-CONCERT TALK: Etienne Charles and a panel of local Jazz musicians and scholars present the West African influence of beats and percussion on the lives and the music of the great Black Jazz pianist/composers.

For more information or to purchase tickets visit: www.Dranoff2Piano.org | www.bahlt.org