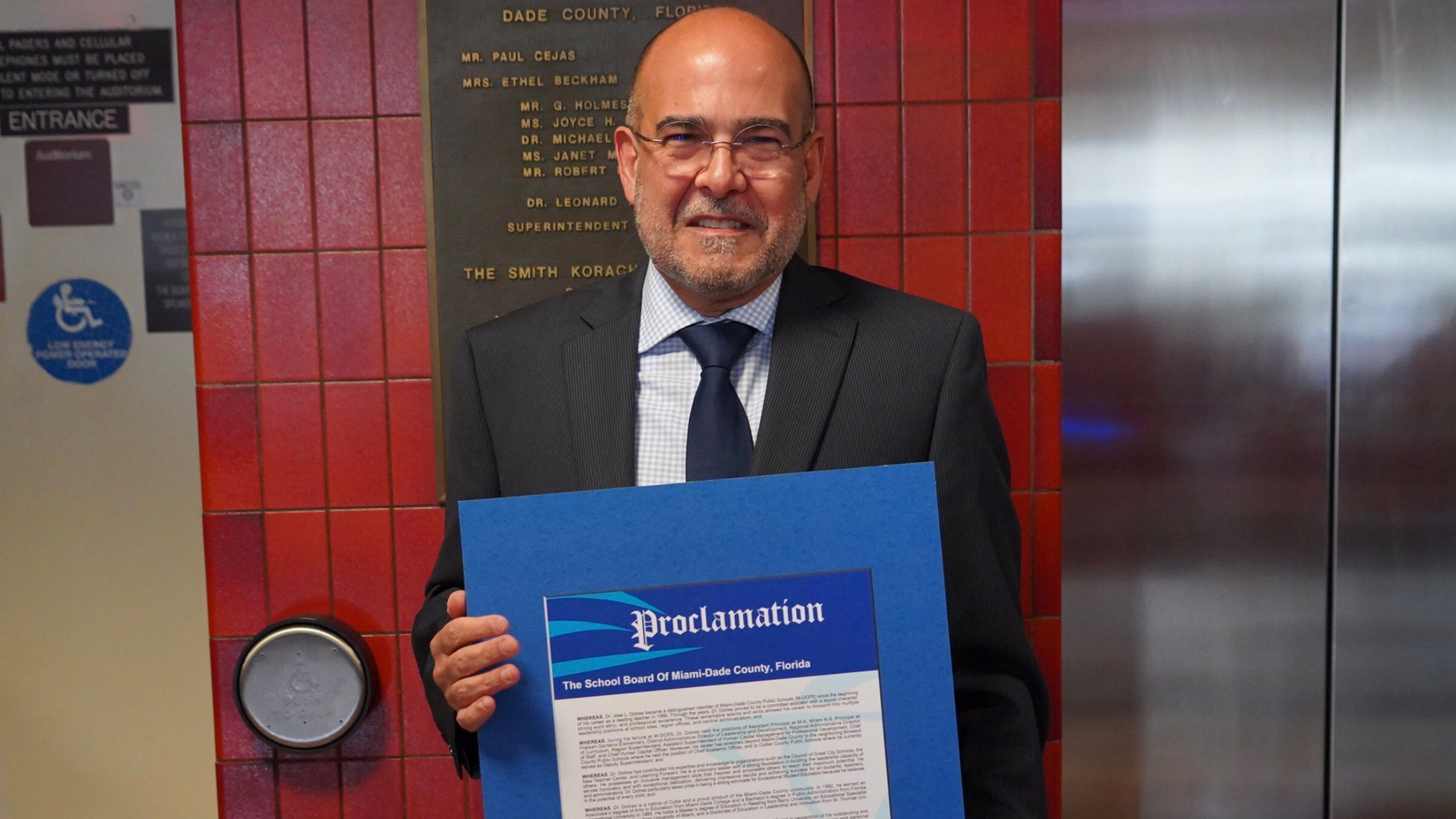 Dotres will replace Superintendent Alberto Carvalho, who is leaving to oversee the Los Angeles Unified School District. Dotres has held leadership positions in M-DCPS spanning back 30 years, including serving as the superintendent’s chief of staff and the district’s chief human capital officer. He was also a teacher, reading coach, principal, administrator, region director and region superintendent.

Carvalho announced that he was leaving the district on Dec. 9. Sixteen candidates applied for the position to lead the fourth-largest district in the nation. After nine hours of public comment, the school board voted 6-3 to select Dotres. However, students said they should have had more opportunities to participate in the decision.

“The School Board sets meetings during school hours on weekdays intentionally to exclude students,” a post from an Instagram page called Miami Student Walkout said. “Students should not have to choose between being in school and having a voice. The superintendent has control over the day-to-day functions of our schools.”