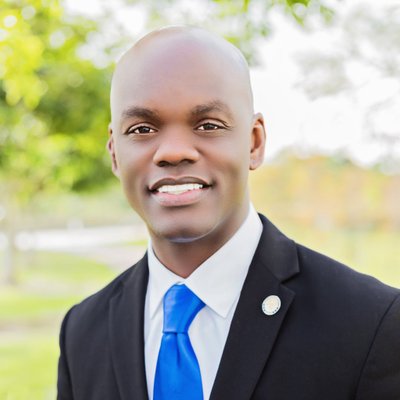 Two seats are currently secured, with Commissioner Jean Monestine still serving his current term and newly elected Oliver Gilbert, who edged out Sybrina Fulton to win the race for District one. The two seats up for grabs on Nov. 3 include seats in District three and District nine. Miami Commissioner, Keon Hardemon and Gepsie Morisset-Metellus will face off in a run off for seat three. Also, State Representative Kionne McGhee will face off with Elvis Maldodano for seat nine.

Hardemon and Metellus’ race will allow for a Black person to win and retain the seat no matter who wins, and to me either one of them could be a good addition to the county dias. However, I think Hardemon has more experience to properly handle the job of district three.

Down South, McGhee is fighting to make sure seat nine remain with Black Leadership. Currently held by Commission Dennis C. Moss, who’s running for a MDCPS school board seat, the district has been led by Moss, a Black man for more than 20 years.

McGhee, a lifelong resident of South Dade, has done the work and fought to bring the residents of South Dade resources. He would serve all residents of South Dade and serve as its best choice for bold, fair and equitable living. McGhee led the Florida House Caucus as the Minority leader. He secured six democrat seats under his leadership, fought for teacher pay raises, serviced affordable housing funding, established the nation’s only Slavery memorial at a State capitol, passed other legislation, was instrumental in securing millions in the state’s budget, and created a balance approach amongst democrats and republicans.

And we shouldn’t vote for someone just because of their race. However, we know for a fact that many times non- Black elected officials have played us for chumps. They’ll take our votes but won’t do much of anything for us once elected. Also, if we are not a part of their areas they have historically voted against our interests because their residents aren’t Black nor have the needs that many Black residents have in our Urban areas.

Elected officials are representatives of their area and are elected to speak and do the correct bidding on behalf of their residents. I fear that if McGhee is not elected, South Dade residents will lose that, especially Black South Dade residents. And overall his absence could stagnate the progress of Black residents across Miami-Dade County. Our leaders need support on the dais. What good is it to have only one elected official in office fighting for you when the deck is stacked against them? That’s what we’ve seen in with our own State legislators having a Republican majority and how hard it is for democratic elected officials to get progressive and fair policies passed. And our US Senate, which as you can see with the appointment of the new Supreme Court Judge, is an example of when not having enough representation can be problematic. We have to make sure we have the numbers. One progressive and inclusive elected official fighting against 100 elected officials who won’t ever side with them, is always going to be a losing battle. It’s time for us to win.

As I stated in an previous article, Black elected officials don’t have the luxury to ignore a group of their constituents, and many don’t want to. Historically in Miami-Dade County, non-black elected officials have neglected us and our needs. So a vote for McGhee will mean inclusion and equity for everyone. I can’t say the same will happen is Maldonado is elected. Black residents and progressive residents shouldn’t take that risk.

South-Dade county residents are always being forgotten when it comes to resources, a commissioner who totally ignores their needs will result in more disparity for Black residents in the area. A vote for Kionne McGhee can prevent that and add to a better quality if life for all Dade County residents.

This column was written by Hy-Lo News Editor-in-Chief, Janey Tate.