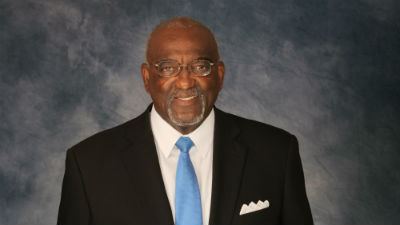 Here’s why Black Residents Need that to Happen

The Miami-Dade County School board could definitely use a new Black Member on the nine member school board. Miami-Dade Commissioner, Dennis C. Moss could be that added member if voters choose him in the run-off election on November 3rd.

The Miami-Dade county school board has for decades only allotted two black members via the majority Black areas of district one and district two. However, I’ve always felt like the school board needed more diversity and inclusion of Black members. Moss could be the added member to support the work of Dr. Dorothy Bendross-Mingingal and Dr. Steve Gallon III, the two loan Black members on the school board.

Moss, who is running for the district nine seat, if elected, will serve the South Dade region of the county, which despite being majority Hispanic, has a very large population of Black residents. Moss will face off with newcomer, Luisa Santos, for the seat.

Historically, our schools have lacked funding and resources, which stem from lack of support on the school board dias. For decades Black School board members have had to demand proper funding and allocation of resources from a majority Hispanic and white board that would beat them out to approve the needs for the districts.

I understand that elected officials are supposed to fight for their constituents, but the Black community should not have to suffer in the process. Why do our schools in the Black communities have to lack state of the art buildings, proper maintenance, above average magnet programs, and retention of top teaching talent? The better question is, why are non Black residents ok with Black schools being less than excellent unlike the schools in non- Black areas.

Also why are Black students in Urban Core schools opting to leave in droves because schools aren’t meeting their needs? I know School Choice plays into that exodus, but I know for a fact students are looking for the best education option and our schools have struggled to hold up that bar of excellence. I believe that a lack of funding and allocation of resources are a part of the problem, which can be solved by the school board. Having an extra advocate for Black students will make a difference. Moss could be a part of the change we need to see in Miami-Dade county’s Black schools if we just give him that chance.

And before my white and Hispanic readers try to come for me, let me explain to yall that a vote for a Black candidate like Moss will be a vote for a truly inclusive school board member. Honestly, Black elected officials have always had to play both sides and meet the needs of all because they are not afforded the opportunity like their non-Black counterparts to ignore a segment of their constituents. Black leaders have to cater to all and more times than not they are ok with that. It has historically been non-Black elected officials who will ignore the needs Black constituents, many of which may still vote for them. We have to stop voting people in who constantly ignore our needs.

It’s time Black residents and all residents who believe in equity and equality start voting for people who want all residents to win. People of all races can’t sit and ignore the disparity and disenfranchisement of Black communities in Miami-Dade county. You can’t say you care about our Black Lives and Tweet some woke shit, when the people in your own backyard live separate and unequal lives. Education for so many Black residents in Miami-Dade county can be their way to improve their lives and eventually their neighborhoods. A proper education is the difference between a black student buying up their block versus shooting up their block.

Black residents no longer want the scraps given to us as an afterthought. The addition of Moss via this election to the Miami-Dade county school board could be the start of a truly equitable and equal Miami-Dade education system. It’s past time for this and Black students, all students deserve that.

This column was written by Hy-Lo News Editor-in-Chief, Janey Tate.

1 comment on “Dade County Schools Could Have Three Black Members for First time in History with Election of Dennis C. Moss”