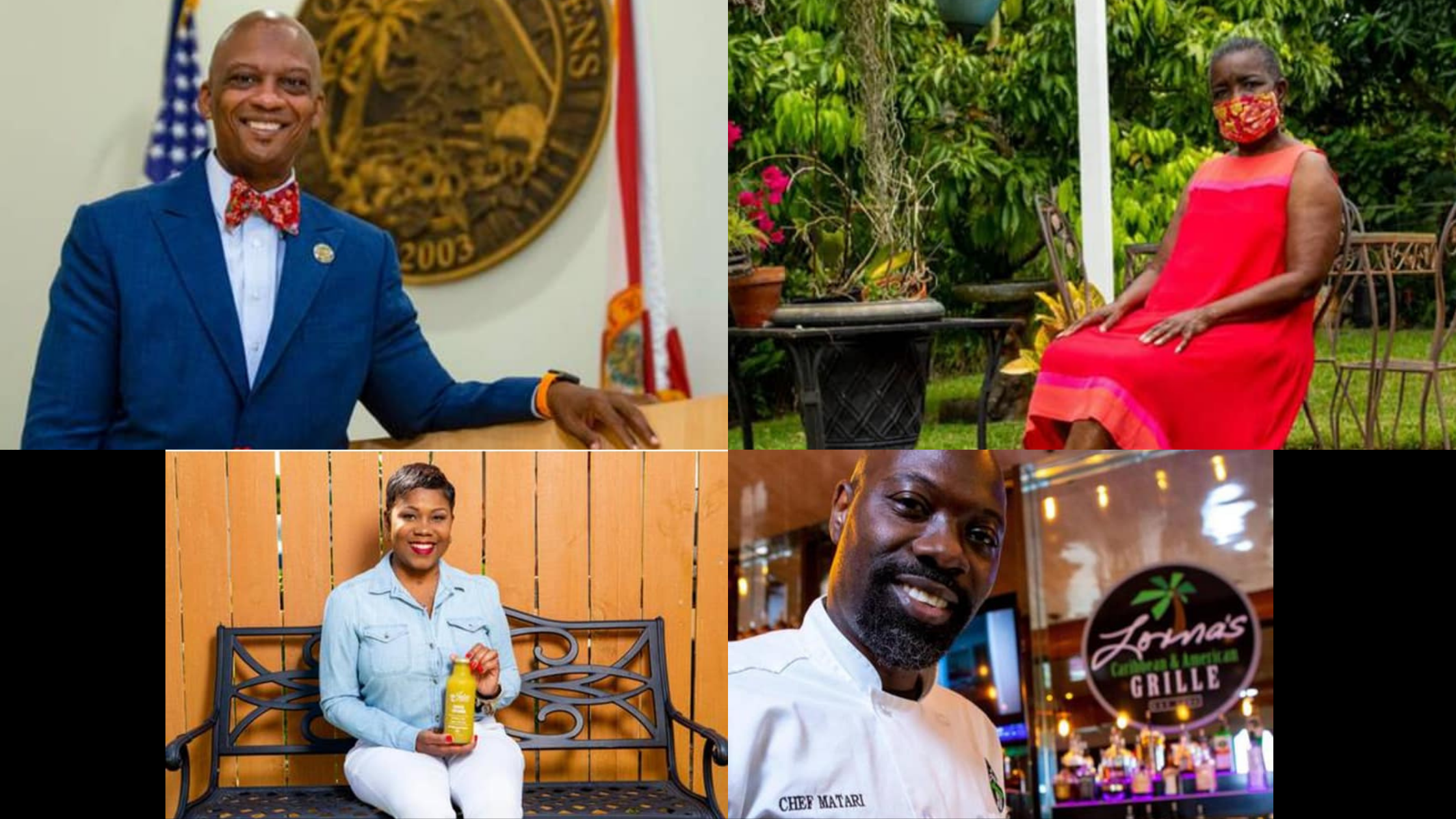 Let me share with you all the significance of the Miami Herald’s recent article about the growth of Miami Gardens. And might I add it was greatly done. Kuddos to the journalists who wrote this.

A lot of you all might think I’m soft on Mayor Oliver Gilbert because we’re friends, but let me tell yall we didn’t speak for 2 years over a disagreement of an article I wrote for the Herald when I was interning for them. And I will note that my friendship will not stop me from being critical of him as an elected official and reporting that to my audience.

When we finally spoke after two year, ironically at our fellow friend and NBC news anchor Jawan Strader’s birthday party, I totally understood his point of view. It it helped to change how I cover Black cities and neighborhoods as a journalist. So this is what happened.

Back when I was interning for the Herald they would cover Miami Gardens a lot and as you know a lot of it was crime, shooting, crime. Not to say it wasn’t happening but there wasn’t a lot of balance in coverage. Note at this same time I was interning for CBS Miami too, so I was able to see both sides of things. So when Mayor Gilbert got elected, he set to change how media covered the city. He would be in the Herald’s ass– honestly he was reading All of South Florida media their rights

. He was down there at the Herald holding editorial meetings. Asking for retractions when shit was incorrect and he was like stop attributing everything that happens on 183rd street to Miami Gardens because sometimes crimes happened outside of the city and they’d say it happened in Miami Gardens. Hence the nickname Murder Gardens emerged. Ugh I hate that name.

There was a shooting and I was assigned to co write it with a staff reporter. I was excited to be on such a big story and it made front page above the fold. (That’s a big deal if you don’t know lol). And even though I can’t remember all the details of the story, whatever it was, Gilbert was pissed because something in the article did not give proper context. I thought he was tripping lol. But when we finally spoke at Jawan’s party he broke something down for me that I had to respect. He was explained that he understood that crime happens in Miami Gardens and that will be reported on, but as a news & media company we have to understand how ONLY reporting on that demonizes the entire city and the residents. And also they can’t not report the facts or not give context. He also broke down the racism behind it because in comparison the City of Miami and Miami Beach had high crime rates as well, yet the media coverage they received was not only focused on that.

He schooled me on being responsible and having balanced coverage. And I strive to do that with Hy-Lo News. I also just find it easier to do this when the news company is Black owned because the ownership “gets it.” I learned that you can’t say you’re servicing that community as a news outlet and all you report on is negative shit and then you want the people in the community to support you by buying your paper or watching your station, etc.

Chile when I first started reporting, Black people legit use to be like “naw I’m good” when I asked to interview them. They’d say they didn’t trust the newspaper to be fair and truthful because mainly what they reported was negative. Black people didn’t trust white media to tell their stories the right way. And being a Black reporter at a white news organization, it’s hard to fight for those feel good stories that would give more balance coverage to a Black city like Miami Gardens. I’ve seen it first hand get shot down. So I want yall to know Black journalists do try, but you can only do so much when you’re not in control because most of management in news orgs is white. It’s shocking and hurtful when Black people don’t want to be interviewed by you as a Black journalist; however, I totally understand why they feel that way. I just had to work harder, get co-signs from trusted Black people in the community and reassure people that I wasn’t going to be unfair in my coverage.

Miami Herald Gets It Right

Honestly I was so surprised yet happy to see that the Miami Herald did this profile on Miami Gardens because years ago I couldn’t imagine a story like this getting done and this way. So I salute to all the Black Owned businesses mentioned in the story, Mayor Gilbert who never let anyone off the hook on how they reported on the city and former Mayor Shirley Gibson who kicked off what we now called Miami Gardens. This story made me feel even more proud to be from Miami Gardens.

This column was written by Hy-Lo News Editor-in-Chief, Janey Tate, and was first posted as a Facebook post.