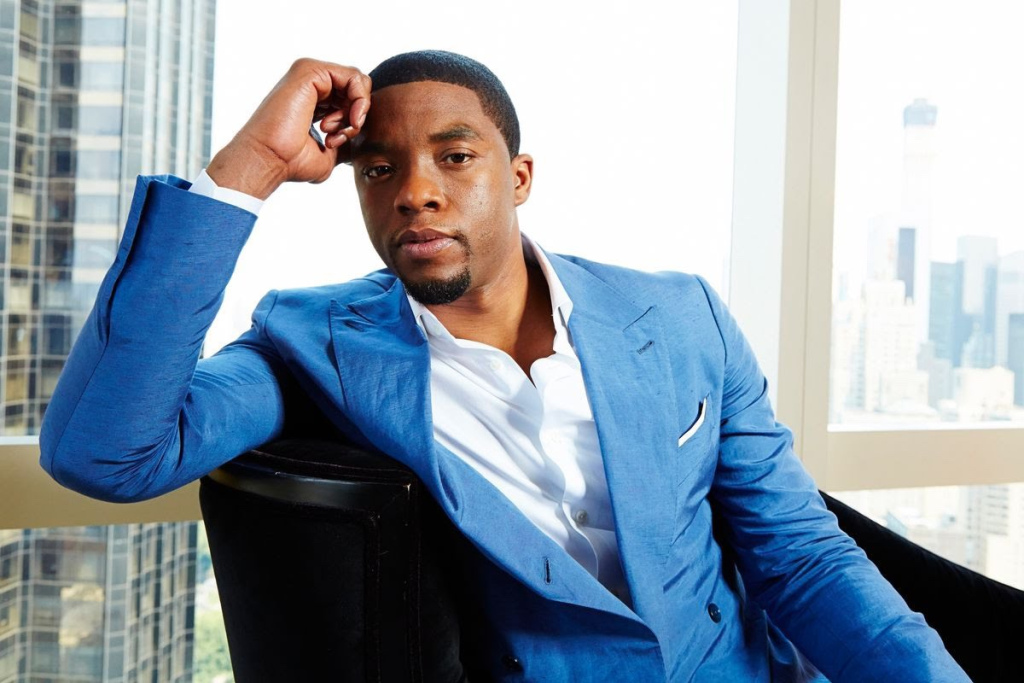 Hearing of his death hurt me deeply. As an avid fan of the Marvel Studios movie franchise, seeing Black Panther for the first time was life changing on many levels as an African American woman. Watching people who looked like me prospering, creating, leading and saving the day on the big screen made my heart burst with pride – because so often Hollywood does not portray us in that manner. We are often relegated to the role of the gangster, the maid, the best friend or a lead character with messy tendencies. In real life we accomplish much of what is portrayed in Black Panther (i.e, girls of color in STEM) – but it is viewed as an outlier not the norm. While undoubtedly the narrative is slowly changing, Chadwick’s portrayal of King T’Challa/Black Panther singlehandedly destroyed stereotypes by the time the opening credits were completed.

In these times, we needed his portrayal more than ever. For two hours and fifteen minutes, I, along with so many others, were transported to a place of equality and justice – a Black utopia – albeit fictional. The Dora Milaje were strong African female warriors who reminded me of the fierce women of color in the real world who command respect while holding the world together behind the scenes. Chadwick’s smooth, effortless cool on screen was only exceeded by the good works he did in real life – as well as his superb portrayals of icons Jackie Robinson, Thurgood Marshall and James Brown.

My father taught me basic African history – great empires such Timbuktu which gave us math; how there was trading and commerce – all the good things before the continent was divided, ravaged and pillaged by slavery and colonialism. Real African history began far before slavery, yet that is where US history classes begin.

As an adult you often get too caught up in day to day life to do the research needed to know our history. Between police shootings, fighting to prove Black lives matter and to make sure the system is actually equal, you get sidetracked away from history.

But Black Panther changed everything. Black folks were like “wait, does this place exist?”

And so the hunt began. Think pieces abounded as to where a modern day Wakanda could be. Some say Kenya, others say Ethiopia. Ghana didn’t miss a beat and in honor of the 400 anniversary of slaves landing in the US, Ghana did the “year of return” to encourage African Americans to reconnect with their roots. Our collective intellectual curiosity was peaked by Chadwick’s and his co-stars’ stellar performances.

Black Panther also took on a different meaning when I went to Johannesburg, South Africa for the first time to lecture at a conference. The contrast really hit home – everyone has a tribe or a people they can point to as their own, complete with language, clothing and customs. I and the other African Americans who were present felt so lost when it came to “where are you from?” Oh, born in NY, family from the Caribbean. It pales to the generations of tribal love and closeness they enjoy. Out of that experience, they gave us African names. Mine was Boitumelo (aka Tumi) of the Tswana people, native to Botswana and South Africa. It means “joy”. As a gift, they presented me with a beautiful handmade dress that I wore when I launched my political campaign this past January as well as on election night, as a reminder that whatever happens – my ancestors are supporting me and are proud. The locals in South Africa referred to the ancestors regularly as a sign of respect as well as to remember their history – much like in the movie.

My experience was enriched by having seen Black Panther – too often Africa is portrayed as a place of endless war and famine. Black Panther expanded our minds and countered that negative narrative. The concept of hiding greatness in plain sight so that it would not be destroyed resonated with me and so many others.

Losing Chadwick was part of the loss of a fantasy. But it is one that can be made into reality in so many ways. In the end of Black Panther, Chadwick’s character was able to address racism and poverty on a global scale by revealing the power of Wakanda.

The reality is, we are all powerful, and can stand up to address these same issues via the ballot box, building economic power in our communities and rejecting the narratives placed upon us. As King T’Chaka said when he saw King T’Challa and he knelt before him on the ancestral plane “Stand. You are a king”

Chadwick Boseman left an amazing legacy. While it really hurts, to quote the movie “in our culture, death is not the end”. While we mourn him, it is not the end for him or us. We must push forward to honor what was begun by our ancestors – who Chadwick joins on the ancestral plane.

This Op-Ed was written by Melba Pearson. She was a 2020 Candidate for Miami-Dade State Attorney. Learn more about Melba at www.MelbaForMiami.com, and follow her on social media @MelbaForMiami.