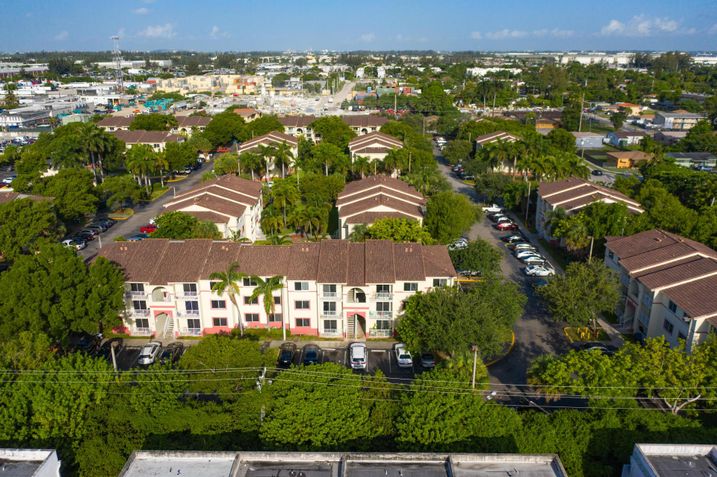 The Circuit Court of the 11th Judicial Circuit in Miami- Dade County ruled to preserve the housing needs of low- to moderate- income families in one of South Florida’s most historic yet distressed cities, Opa-locka. In Case No. 2019-CA-016913, the plaintiff, Opa-Locka Community Development Corporation (OLCDC), asked the court to recognize its non-profit right of first refusal to purchase the property in its partnership with the defendant, HK Aswan, LLC et al., (Halkeen), to ensure Aswan Village Apartments in Opa-locka remains affordable and locally owned.

In decisive fashion, the court ruled unequivocally in favor of OLCDC on every issue before it. In a case, which was decided on July 7th, with broad implications for non-profit affordable housing developers across the nation, the court’s summary judgment ruling confirmed that under Section 42 of the United States Code, which establishes the Low-Income Housing Tax Credit (“LIHTC”) program, a non-profit’s right of first refusal to purchase an affordable housing development in which it has participated under the program is not conditioned upon the receipt of any third-party offer to purchase the development. Instead, the court confirmed that all that is necessary under Section 42 to trigger a LIHTC right of first refusal is for the owner of the development to manifest an intent or willingness to sell the development. And, because the contract giving OLCDC its Section 42 right of first refusal contained no other conditions, it was not necessary for the owner to have received and entered into an enforceable purchase agreement before OLCDC’s right of first refusal was triggered and enforceable.

“Our mission has always been to revive the existing community without giving into gentrification,” says Dr. Willie F. Logan who founded OLCDC in 1980 when he was mayor of Opa-locka – later he was elected a Florida state representative. He continues to serve as president and chief executive officer of the non-profit organization which has built and rehabilitated more than 200 affordable single-family homes and 2,500 units of affordable multi-family housing in Opa-locka and the northern part of Miami-Dade County. “We are pleased with today’s summary judgment ruling which preserves Aswan Village as affordable housing stock in the community,” adds Dr. Logan.

Under the Low-Income Housing Tax Credit (LIHTC) program, which was established to increase the supply of affordable housing by incentivizing private investors to partner with non-profit developers like the OLCDC. Non-profits who participate have a statutory right to purchase the property at the lowest price at the end of the term of the investor’s investment, which is a fifteen-

year compliance period. The goal is to keep the value within the property, not to remove it upon the end of the investment term so the property remains affordable for renters.

In this case, OLCDC asserted that Halkeen sought to prevent OLCDC from ever exercising its right of first refusal and initiated unilateral actions to sell Aswan Village Apartments for fair market value, all in contravention of the parties’ contracts and applicable law, and to take more than $5.5 million of equity in the property rather than preserve it for the betterment of the property, its residents, and the community. The court soundly rejected Halkeen’s efforts and ordered it to specifically perform under the right of refusal, meaning that it must transfer the affordable housing development to OLCDC for the below-market sale price prescribed by Congress in Section 42. As a result of the court’s decision, all that remains in the case are a few pending motions and a soon to be scheduled jury trial on damages, pursuant to which OLCDC will be seeking damages in excess of $1 million.

Opa-locka’s case reflects a troubling national trend threatening the long-term viability of low- income housing projects. Rising values in certain markets have created an opportunity for private firms aggregating investor interests in LIHTC partnerships to profit far beyond the original investors’ expectations. By systematically disputing transfers to nonprofits they can sell the property at a higher price than originally anticipated in the partnership agreement and undermine the goals of the LIHTC program.

For the past 16 years, low-income families, single parents and seniors have enjoyed living in Aswan Village, a 216-unit affordable housing development for residents whose household income is between 30% and 60% of Miami-Dade Area Median Income. In Opa-locka, where the population is 57.53 percent Black, 37.28 percent white, and the poverty rate is 47.15 percent,1 affordable housing is essential.

The LIHTC program has generated millions of housing units nationwide since its inception in 1986, far more than any other federal program. But, housing needs have significantly outpaced supply, and a variety of economic and social factors have contributed to a growing affordable housing crisis throughout the country. In Florida, the LIHTC program is administered by the Florida Housing Finance Coalition.

OLCDC is determined to change the tide on this troublesome trend, ensuring the longevity of affordable housing stock by helping to diminish ambiguities in the statute. With yesterday’s win, this sets a precedence for related affordable housing partnership agreement litigation to be resolved in favor of nonprofit ownership and low-income housing, which was the intention of the LIHTC program.

OLCDC calls for public action to counter aggregator firms’ burdensome tactics. “We need to protect our low-income communities nationally by supporting organizations fighting the battle on every level,” says Dr. Logan. “We must keep our affordable housing affordable and locally owned.”