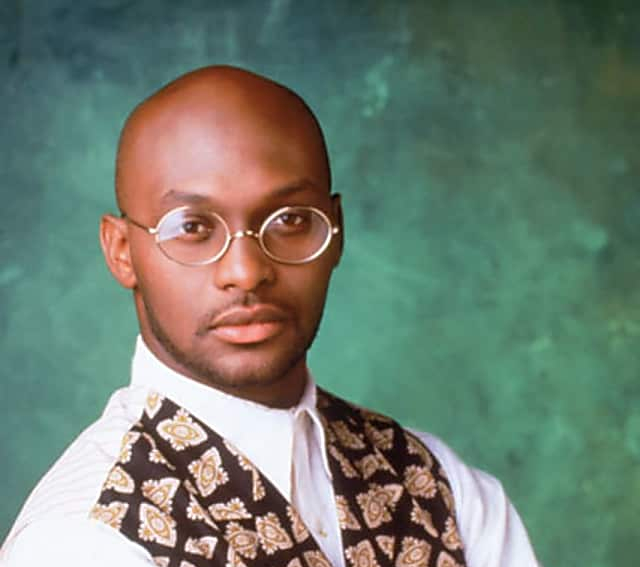 The hit 90’s show and cult classic, Martin, is still comedy and sitcom gold to many people, including myself. I’m a Martin SUPER STAN, and I probably know everything about the characters on the show. So when I stumbled across the Comedy Hype video titled “Why Tommy Had No Job On Martin,” I immediately said, “Oh no you’re wrong! Tommy had a job!” Let me break it down for you since I am your resident Martin show historian.

So as I said before Tommy had a job. I know you’re probably reading this saying “Girl what are you talking about?! They litterlly said it all the time that Tommy aint got no job.” And I know the joke very well, but I’m here to tell you Tommy was employed, we as viewers just never knew what his job was. If you recall in season one of the show, we had an idea what Tommy’s job could have been because of his work with kids. In the episode where Ms. Trinidad tries to ruin Martin and Gina’s happy home; Tommy recruits Martin to be a speaker for career day. Also in season one, in the Christmas episode where Martin plays Santa, Tommy convinces his friends to come to the Boys & Girls club and dress up like Christmas Characters. Although, at the time it wasn’t very clear if Tommy was a volunteer or employee for the Boys & Girls club.

In the seasons that followed, the running joke was Tommy didn’t have a job. His friends never knew for sure what he did for a living, but he was always dressed fly and shit. After doing a stakeout with Gina to learn if Tommy was “shaking is ass for cash” and doing illegal work, Martin’s character seem to give up in finding out what his best friend did for a living. Pam, Gina and Cole characters seemed to have the same sentiment as Martin. So throughout the show, any time Tommy mentioned work, they all would say, “Man, you ain’t got no job!”

However, more evidence that Tommy actually had a job reveals itself through the show’s run. One example was when Martin mentioned picking Tommy up from work, but Tommy made sure Martin didn’t see what building he came out of. Also, when Martin needed money for his restaurant, Marty Mart’s Meatloaf and Waffles (I can’t say that shit without cracking up); it was Tommy who knew an investor through his job and brought him to the table. Although, that investor ended up being crooked Stan, Martin’s former boss at the radio station WZUP, Tommy still proved he got the connect from whatever work he did for a living.

Now hooking Martin up with the ‘investor’ for his restaurant does feed into the on going rumor that many fans believe that Tommy was in fact a drug dealer. Some fans of the show think Tommy was so elusive about his work because he was out here being Nino Brown or James “Ghost” St. Patrick. However, I never believed that theory. Tommy was at Martin’s house too much to be slinging crack. Also, there are a few times throughout the shows run where Tommy gets super excited about receiving money or has done thrifty things. For example, when Martin gives him some of his lottery earnings, or when he was sharing an SUV with his friends, or when Tommy sold Martin out for a check from a tabloid newspaper after they attended that swingers party. Anyone, who was rolling in illegal drug money wouldn’t get so excited over chump change. He’d be focused on not getting caught up in the game and making his drug money. And another reason why I don’t believe Tommy was a drug dealer, is because he loved his friends way too much to put them in harms way. Being around them that much would have definitely enticed a warring drug dealer to use them as a way to get revenge on Tommy.

In season five (Martin’s worst season IMO), we get more hardcore proof that Tommy’s job is real. Episode eight of season five shows the gang of friends on a Ski Trip that they’re invited to come on by Tommy. He introduces Aquanetta to the group, who he said was his co-worker. Aquanetta shared with the group how great of a worker Tommy was at their job. She had no reason to come all the way to a ski slope to lie. Hell she was more focused on hunching Pam’s date, the Black Power guy, who was woke before we all knew what “woke” was. This therefore proves Tommy in fact had a job. As a viewer, we would never know what that job was specifically. However in 2016, Tisha Campbell (who played Gina on the show) revealed in an interview what Tommy’s real job was. She shared that Tommy was a Counselor for the Boys & Girls club. Although watching the show all these years, I just thought Tommy was doing volunteer work at the Boys & Girls Club, so for me the jury is still out on that. But if anyone would know, it would be Tisha or any star of the cast.

To me the Comedy Hype video should have been about why we never found out what Tommy Job was rather than to say “Why Tommy had no Job.” But get into their theory in the video below. They explain why the writers of the show decided that Tommy would have “no job.” I’ll always love the character Tommy and how actor Tommy Ford brought him to life. For me he was one of the first examples of an intelligent, respectful, handsome Black man, who was still down to earth and cared about his community. Despite him “not having a job”, he was a well balanced person and a true role model for us Millennials who grew up watching the show. Sadly, actor Tommy Mikal Ford passed away in 2016. I’m forever grateful for his contribution to Black culture through my favorite sitcome Martin.

Share your Tommy Strawn theories with me. What do you think he did or didn’t do for a living?

2 comments on “Tommy on ‘Martin’ Absolutely Had A Job!”