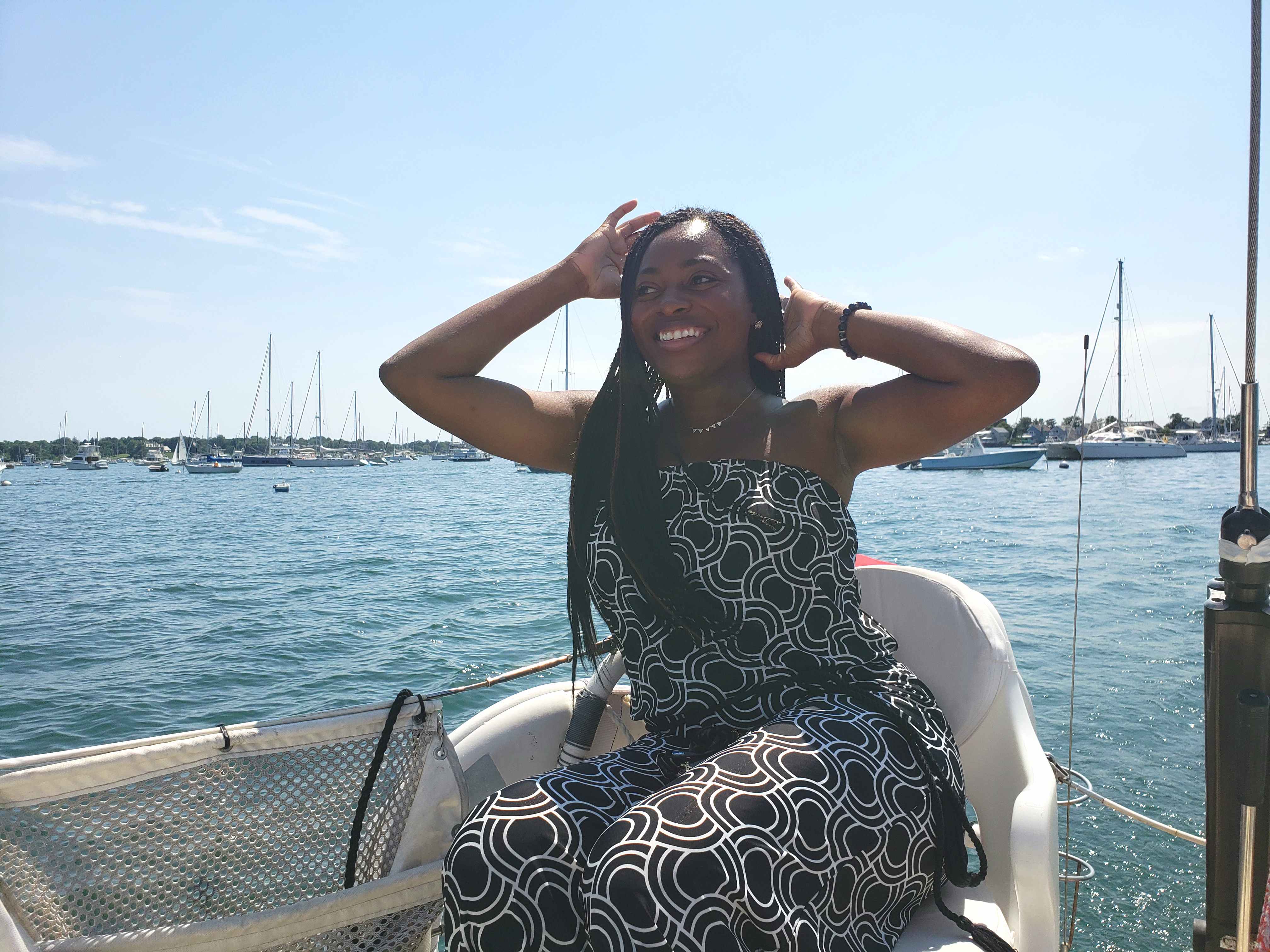 I think the greatest lesson I’ve learned in the past 3 years is that I wasn’t immune to losing close relationships with loved ones. Up until the age of 26, I really hadn’t ‘fallen out’ with anyone significant to me. Up until that age, I hadn’t lost anyone suddenly unless it was by death.

But it’s something very different when you lose a relationship with a living person– someone you chose to love and who should love you. I realized that as I learned more about myself, what I needed to be whole and happy, that people around me started to fade away. I began to seriously work on my emotional and mental wellbeing around the age of 25 when I lived briefly in Bradenton, Florida. I had started meditating daily, working out and writing out my goals and plans to accomplish them. At that time my focus on life began to slowly change. At age of 28 I started going to therapy. It was then that I started to better understand, that throughout most of my life I had NEVER properly placed boundaries with people nor was I taught how to do that growing up as a kid. No one in my family had properly taught me to value Janey and what makes her happy and how to put herself first, even if that meant someone might be mad or offended. The thought of offending someone bothered me so much that I would have rather not said anything, just to avoid it. But on the inside I always hated how that person might have made me feel.

As I started reflecting, I realized that I had friends and family who had hurt me or had been blatantly inconsiderate towards me or had been utterly disrespectful towards me; yet I had never told them a simple “Hey I don’t like that, please don’t do that.” And if I did express that and the toxic behavior continued, I never laid out consequences for them. And by consequences, I mean nothing in our relationship had changed. They would keep their bad behavior, say sorry or downplay their actions, or they’d make me seem like I was being “too sensitive” and we’d keep moving with life with no accountability or changed actions. This process usually involved me rationalizing their behavior to “Well that’s just how ‘And So’ is.” After so many years, “So and So’s” ass needs to change or I need to change. Either way we couldn’t effectively exist like this.

And as I started to improve my communication and express my dislike for toxic and problematic behavior, it resulted in the loss of very close relationships. The breakup of any kind with someone close to you is like experiencing the emotions you feel when someone dies, yet these people are still living. For me, it resulted in anxiety filled accidently run ins with people I was one close to, yet now we weren’t even acknowledging each other’s presence. What I’ve learned and what has helped the pain to subside is knowing that with time my heart has healed and knowing that what someone has done to me (if they wronged me) has already been done to them (Word to Oprah). And a major thing that has helped me is building boundaries for myself where I do not put myself in situations where I have to interact with these problematic people.

I fully learned that I can control where I go, who I’m friends with, who I love, who I’m intimate with, who I break bread with and who I do business with. Yes, there are encounters where I will have no control and I might see these toxic people; however, long gone are the days where I attend a friends birthday party to support them or attend a siblings babyshower to share in that moment just to be uncomfortable at the gathering. I used to do that and be the person who would ignore my feelings and anxiety and attend the event anyways only to be super annoyed the whole time and counting down until I can make an excuse to leave. I stopped placing myself in situations with people who had shown time and time again that they didn’t wish me well.

For some family and friends who are mutual acquaintances with the people I was no longer close to, my absence became a problem because they couldn’t understand why I wouldn’t come to an event or gathering for them. It took some time to convince them that my happiness and peace was more important than singing happy birthday to them in this uncomforbale group setting. I also shared with them that if our group gatherings meant that much to you then why didn’t you step in and try to help fix the problem? This is especially annoying when it’s a family dynamic or tight knit group of friends dynamic. I’ve learned that some of my family and friends were OK with just sitting on the sidelines and watching me get disrespected and trying to convince these toxic people that they were a problem to me. They were OK with just watching this happen, not liking it or approving of the toxic person’s behavior, coming to me and saying “Man that was wrong,” yet very few said anything to the person to help them see the error of their ways. They said it wasn’t their problem — that’s understandable. However, I now reply it’s not my problem if you don’t like if I won’t be there at your special event that you want me to attend.

As a result of these interactions, I knew I needed distance from those types of people too. How much do you love and care about me if you are willing to watch someone disrespect me or treat me unfairly? You don’t care about me that much in my opinion. They are ok sitting idly by, just hoping that everyone will make up so they can have a group photo at their gathering. Those types of people weren’t OK to have closely around me anymore and I set boundaries between myself and them.

I also learned through this process of loss that there were actually more great people in my life than the shitty ones. I had to learn to refocus my energy and attention on those great people. With the problematic people out the way, I could see more clear the great best friends I had, the loving aunts who were down for me, the mentors who lifted me up and wanted me to know I’d get past these tough times and most importantly I discovered the man who I believed God placed in my life to show me true unconditional love (Word to TB). All of these people had always been around but those toxic people were taking up space. I was happy to discover that beyond the pain of the loss of those close and long time relationships, there people who took form as my true tribe– my true family.

So yeah I lost a close friend from a misunderstanding when purchasing chocolate covered strawberries, and yeah I lost a mentor who thought I should not have moved into my new apartment and attended his baby shower instead and who ultimately had his wife fuss me out about it; and yeah I lost an ex boyfriend who thought it was cool to verbally and sometimes physically abuse me, and yeah I lost a sister and cousin who thought it was ok to get angry with me and curse out for publicly sharing my experience dealing with domestic violence because it “embarrassed them”, and yeah I lost a father because his addiction to crack cocaine has allowed him the excuse to never be there for me. And yeah these are the super short versions of what happened between me and these people, but they all shared a common thread of me not placing boundaries and after years things exploded and in dramatic hurtful fashions. I’ve had some losses, and some of these happened publicly, but now I don’t care. The lessons I’ve learned, the new, stronger and truly unconditional loving relationships that formed because of these ‘losses’ are priceless to me. And because of that I’m grateful for the losses. If my heart and feelings had to get a little beat up for me to get here then so be it. It was worth it. I love the new Janey Tate that emerged and I’m never going back.