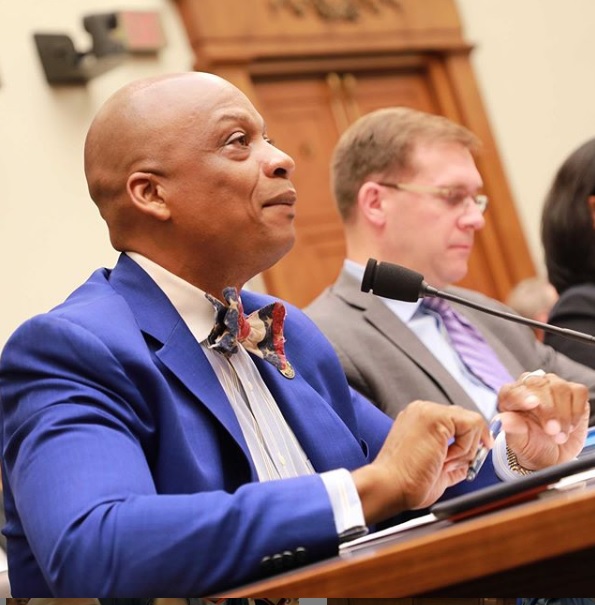 Several weeks ago, I had the pleasure of testifying before Congress on the issue of transportation. During my testimony, I was asked a question by Congressman Meadows, who represents North Carolina’s 11th congressional district.  His question was why should his residents in a rural area give money to support rail in Miami-Dade County. The easy answer to the question revolves around money. In 2017, Florida, as a state, only received 90.7% of gas tax revenue that it sent to the Federal Government back in federal funding for roads and transportation projects. This number is an increase from the 88% of return that Florida received from 1956-2016.  In 2017 alone $175,000,000 generated from Florida went to projects in other states.  Over the lifetime of the highway fund, Florida has contributed over 5.2 billion dollars to projects in other states.  Put succinctly, we weren’t asking for money from other states, we were asking for more of our own money. Miami-Dade County contributes to the greater expansion and maintenance of the country and its transportation infrastructure.

However, if that were the answer, it would be contrary to communal thinking and assume as valid, the base thinking behind the question – people should only pay for what helps them.

While this line of thinking tends to permeate our current national dialogue, let me suggest that it is literally un-American.

As a country, we are held together by the United States Constitution, but it is worth noting that the Constitution, as written, was not our first effort to come together as a country. Our first effort was the Articles of Confederation and Perpetual Union. The Articles of Confederation failed for many reasons; one of which was under the Articles of Confederation every state was stuck looking out for themselves. Under the Articles of Confederation, WE were not one nation, under God, indivisible with liberty and justice for all. We were states on the same continent, that really liked each other, sort of like besties but not brothers. We reinvented ourselves under the United States Constitution because we understood fundamentally that as besties we couldn’t make it, we had to be brothers. We understood that this American experiment, that has transformed the world could never manifest it’s truest and fullest destiny as loosely associated states with a common interest. We had to be undivided and indivisible. The authors of the constitution realized that the strong shall bear the infirmities of the weak and in some ways, and at some point, we will all be weak and we will all be strong. This American ethos allows us to have a nation of coast and heartland, dependent on each other for an American goal, an American good. This makes sense, our coast with air and sea ports allow for billions of dollars of exports and imports, which powers the American economy. Not the Florida economy. Not the California economy. Not the New York economy. The American economy. An economy that supports millions of jobs and tens of millions of families. Similarly, the American heartland provides manufacturing and agriculture that supports millions of jobs and tens of millions of families. Our success, if it is to be actualized and permanent, is inextricably intertwined with every part of America and every type of American.

We can’t afford a new America where everyone is in it for themselves. An America that does not believe in sacrifice. An America that does not believe in a greater good. An America comprised of 50 States that see themselves as friends and not family. Perhaps these tensions are predestined to surface, if so it is our job to extract them like they are cancer. Truly, their roots are fatal to the America of our conception, perception, and perpetual growth.

In short, the answer to Congressman Meadows question – “why should my residents pay for rail in Miami-Dade County” is found at the bottom of a dollar bill – E Pluribus Unum- out of many one.