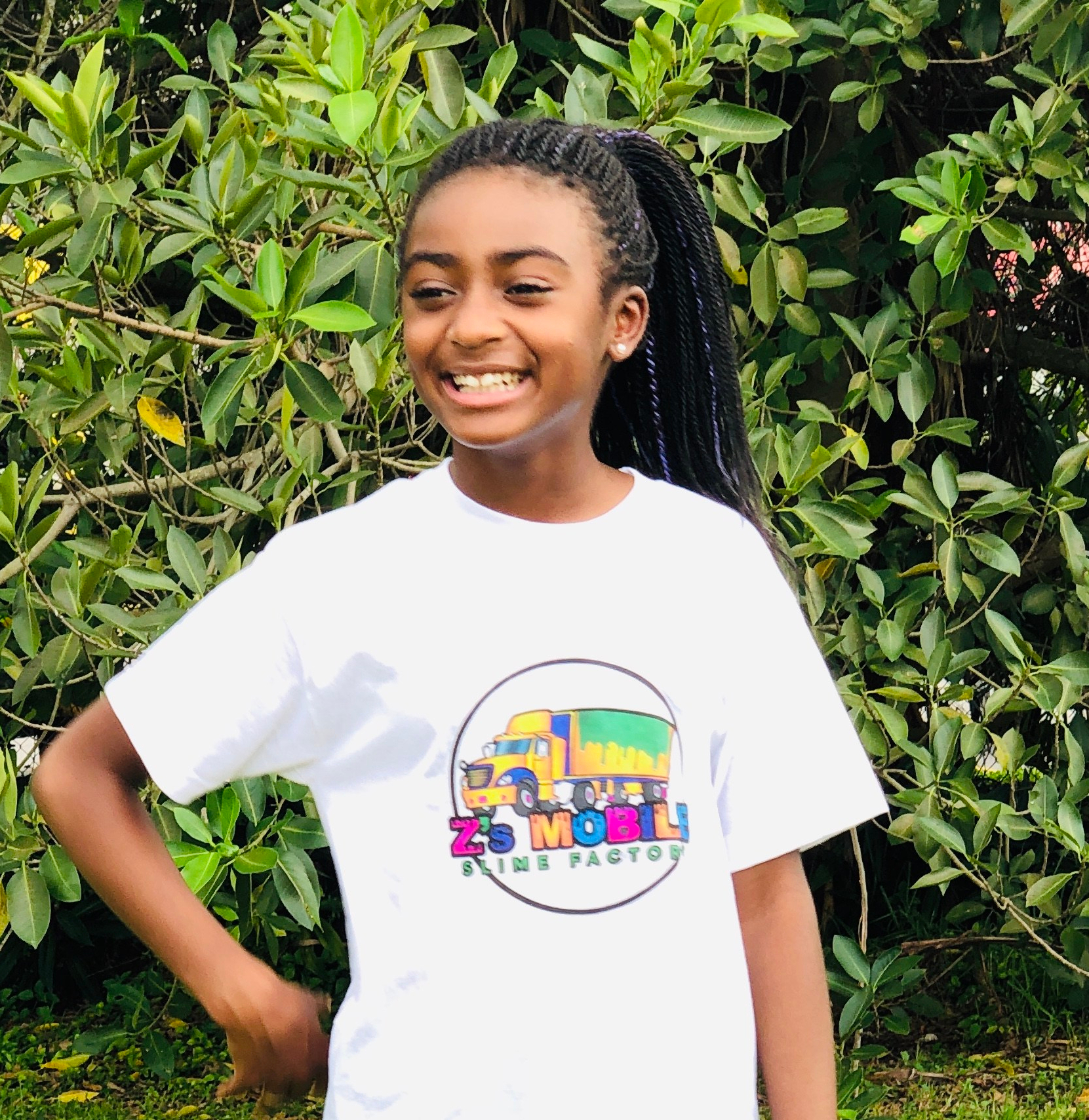 Z’niyah Willams turned her desire to buy snacks at school into her very own cash making business where she hosts slime parties.

“We got a new vending machine and we never had money, and we needed a way to make money,” said the 6 grader. “We all knew that we were good at making slime and we all had slime equipment. So we were like ‘hey guys let’s sell slime’.”

Z’niyah and three friends put their heads together to create a plan to sell slime to their classmates. They made cool designs and exotic colors for their products and then turned their school into a marketplace. The then 5th graders sold the slime for $.50 to $5 and their classmates bought it. They bought so much that Z’niyah was able to bring home revenue of $81.

“We made money and we bought so many snacks out of the vending machine,” said the 11-year-old entrepreneur.

Her new business was going great, but she neglected to tell her mother what she was up to. Her mom, Joi Elmore, discovered the money in her bookbag and was alarmed by where she could have gotten that much money from.

“So she comes home one day with a purse full of money and I’m thinking it’s something crazy like “What did you do?” I was about to call parents and find out where she got this money from. She was like no mom this is my business with my friends. This is why I was making slime all weekend,” said Elmore.

Instead of leaving the slime creation as a side hustle to get snacks from the school’s vending machines, her mother encouraged Z’niyah to turn her favorite pastime into a legitimate business.

“I made her stop and get a paper and start writing ideas down,” said Elmore, who’s an entrepreneur herself. “I basically did with her what I did with my other business.I started working on the logo and colors schemes.”

Z’niyah loved the idea and jumped right into creating the business with the guidance of her mother.

“I really really love making slime and I thought it was a great opportunity,” said the young CEO.

After a Summer of planning and organizing, Z’niyah launched “Z’s Mobile Slime Factory” this month. Customers can book her services and she’ll host your slime filled party. Z’niyah came up with a science laboratory theme for her events. Each party goer will receive a kid sized lab coat and goggles to use while they make their slime creation.

Her mom will supervise, but Z’niyah will run the show.

“She’s going to teach them how to do it and each kid will take slime home in a container,” said Elmore.

Z’niyah said she enjoys making slime because it relieves stress and it’s easy to make. However, she does admit that it took her some time to perfect her slime making craft. She taught herself to make the goo-like substance from watching videos on Youtube and researching on the internet.

Elmore is a serial entrepreneur herself and  has clearly led Z’niyah by her example. She owns Huff and Puff Hookah LLC, a full service on demand hookah catering company with an all female staff. She also owns an online store called The Housewife Simplified. This site provides mothers with products that can simplify their daily tasks as mothers and provides relaxation and spa products to help them unwind after a busy day. After going and growing through the highs and lows of entrepreneurship, Elmore created a Facebook Group called “Mind Wealth Book Club & Social Group” to create a supportive community for new entrepreneurs.

“People don’t understand how hard it really is and juggling all of that you really have to have a positive mindset when being an entrepreneur,” said Elmore. “I struggled with the balance, with confidence and feeling like you’re doing everything on your own. Coming from a family that’s not entrepreneurs I was really in a pool by myself. So I wanted to make a community of like minded individuals who I could help along the way while I also help myself.”

Z’niyah credits her mother’s business success as her motivation to want to create her own company.

“I always see my mom do her business and I thought it was really cool. I didn’t want to be a regular kid just sitting in their room playing video games. I needed to do something; something that was fun and something that I wanted to,” said Z’niyah.

Joi Elmore is one proud mother and said to Z’niyah that her creation of a business to buy snacks was progressive thinking.

“I explained to her that even with you having the mindset to even sell it to your classmates; that’s an entrepreneurial mind and you can take something like this and learn the business and learn how to work a business and how to market a business,” said Elmore, who isn’t surprised that Z’niayh was that outgoing. She said she saw her lack of shyness in full display when they were guests on the Ellen Show in 2017 and Z’niyah freely spoke to the megastar when Elmore was so nervous.

“She did an amazing job. But I was freaking out,” said Elmore laughing about how the show put them on the spot. But Z’niyah wasn’t phased. “At that point I said she’s got something. She nailed it.”

The Golden child, as her mother calls her, is a top student and makes stellar grades. Z’niyah dreams of being an actress and making it big in Hollywood by staring in her favorite show, Stranger Things. Although the budding actress has tinseltown in her sights, she’s super focused on growing her new company.

“My dream and goals for the company is to make it big. For people to actually like what I’m doing and to keep booking and for people to be happy and satisfied with the slime they’ve created,” said Z’niyah. “I want other little girls of color to look up to me or any person to look up to me and think that they can make their own business too.”

To Book the mobile Z’s Mobile Slime Factory for your next party, visit mobileslimefactory.com to schedule your slime party.  Stay connected with the company on Facebook and Instagram.

Check Out Z’niyah and Joi’s appearance on the Ellen Show.