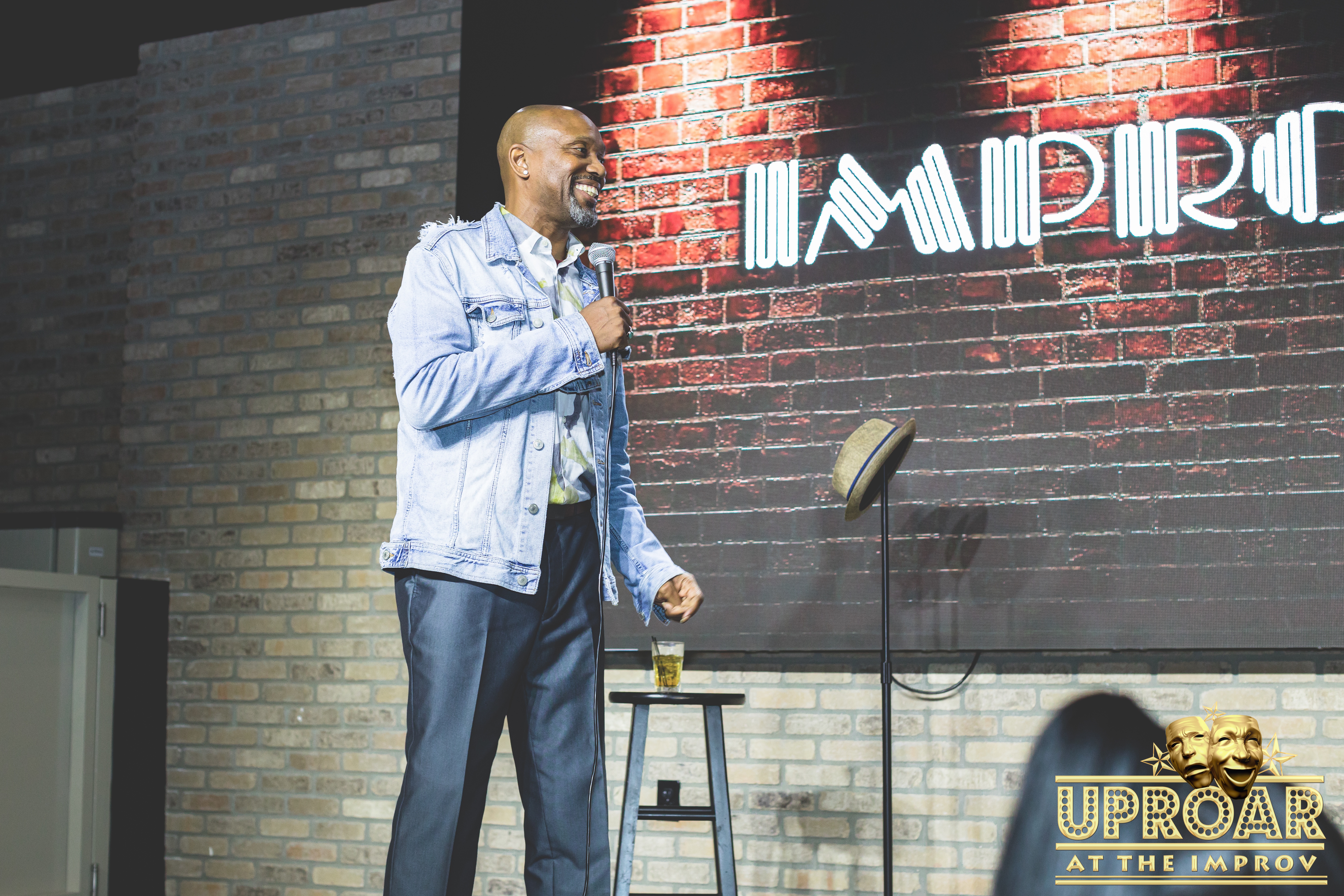 There’s one warning we’d give you before going to the Uproar at the Improv Comedy Show: Come ready to laugh and laugh hard.

The new Uproar at the Improv Comedy show is a good place for a night on the town and to see South Florida’s best comics. Produced by popular event promoters, The Big Three Alliance; this is sure to be the newest & hottest weekly comedy show in South Florida. The organizers, who are the masterminds behind Beyond Brunch Sundays at Cafe Iguana Pines, said they want to bring back the old Miami Improve vibe that South Florida had grown to love, but had to stop experiencing when the location in Coconut Grove closed in 2013.

The Big Three Alliance is bringing their talents to the new Improv location in Doral and they’re off to a great start.

Recently their show featured comedy vet Tony Woods, who has been featured on Comedy Central and BET’s Comic View. It was his first time performing at this new Miami Improv location and was happy to kick off his experience with the Uproar at the Improv Comedy Show.

“It feels good to be back in Miami. It’s always warm down here and a nice atmosphere,” said Woods. When asked about how he comes up with his material he had this to say, “Stuff keeps happening and you take life and digest it and spit it back out. Don’t let it beat you to death. It will but, if you’re an artists you suck in life and spit it out so everyone can enjoy it or understand it better.”

Woods, who feeds off of the crowds energy, he shared that he can’t pinpoint his secret to longevity in the comedy game but he’s not stopping anytime soon.

“I don’t know what my key is. I don’t want to drive Uber. But I enjoy what I do and it’s too late to turn back,” said Woods.

Woods was introduced to the crowd by Uproar at the Improv comedy show host Ridiculous Nick. The Miami bred comic is the very funny MC that keeps the show going and the audience rolling. Nick said when guests come he wants them to experience live interaction and no bullshit.

“You gone come here to laugh and if you not gone laugh and somebody do bad I’m on your side. I’m on the crowd side to make sure that don’t ever happen again. I’m trying to build a brand new South Florida– only hot shit from here on out,” said Nick.

The North Miami native has been performing as a comic for the past 9 years and said he has taken a week off because he wants to be the best.

“I want to be better than everybody else and if I don’t hit the stage that much or try to build that much then you can’t. You just gonna be second place. I’m from Miami, I can’t be second place,” he said.

Nick said it’s important that he and The Big Three Alliance build this comedy night because it gives local comics an opportunity to hone their craft and have a chance to perform in a market that doesn’t have as many gigs as a city like Los Angeles.

“It’s a really big deal, especially here in South Florida because agents aren’t down here. No directors, no one is going to say ‘hey we want you to be in this next thing,’” said the 31-year-old comedian. “We are trying to do this for an urban market because we go through a lot of shit and I just want to make people laugh and a lot of comics like me don’t get an opportunity or a light like the one I’m getting. I can put comics like me on so they can that experience.”

The new Miami Improv location is slightly different from it’s old home in Coconut Grove; however, it still has that same flare that people love about any Improv location. You come here for an intimate comedic experience with established acts and up in comers giving you a great show.

The Thursday night show is no different. That night the comedians brought their A-game and were ready for the crowd. Some of acts that hit the stage that night included Edgar Rivera, Comedian See No Evil and Chris Priester.

Comedian See No Evil, who is actually blind said, uses his platform to inform people in a funny way on what it’s like to be blind.

“I’m making people laugh and also educating them on how to approach and deal with blind people. I’m letting them know we’re normal but we can live wacky lives too,” he said.

After the comics took the stage, master hypnotists Dr. Lenny Moore performed and had the crowd in awe at how he could get members of the audience to do what he said subconsciously. The comedic hypnotists has been doing for more than 20 years and said he’s one of three black people in the country who have a show of this nature.

The Uproar at the Improv Comedy show is fast growing into a must attend Thursday night event. Come eat good food and drinks with friends and family, but most importantly come to laugh.

The show takes place every Thursday at the Miami Improv and doors open at 10pm. For more information on the Uproar at the Improv comedy show, click here. See all the events that The Big Three Alliance host by visiting thebigthreealliance.com