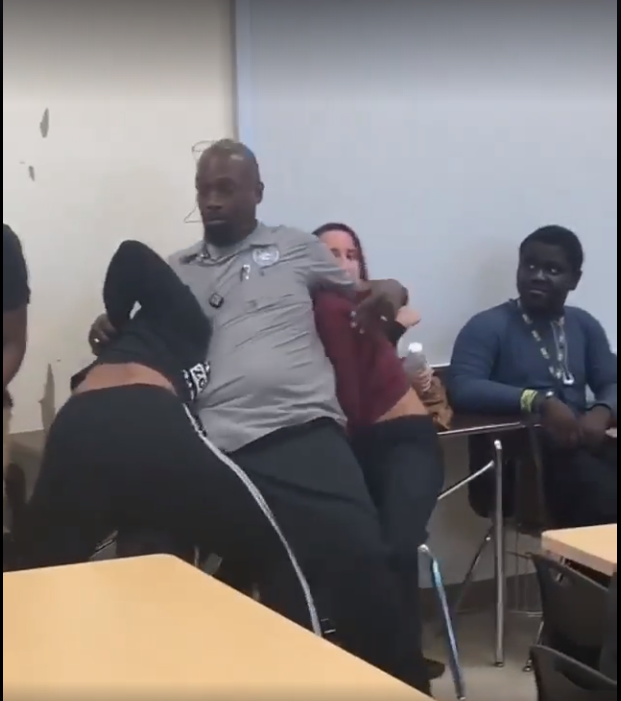 A video of two girls fighting and being pulled apart by a staff member has gone viral and caused people to take sides on if excessive force was being used by male staff member who broke them up.

A family member of one the students fighting went to social media to share her outrage with how the incident was handled. Family of the young lady with her arm pulled behind her back said his tactics to break up the fight were not standard and caused the student to have injured her arm.

Tony Mortimer is the man seen in the video breaking up the fight. He is a beloved long time employee of Miami Carol City Senior high where the fight is alleged to have taken place. Many former students and members of the community support him and came to his defense after seeing the video.

However, not everyone agreed with the way the fight was broken up.

Most of the comments on the post, favored Mortimer.They saw a man simply doing his job trying to break up a fight with no help. However, many commenters wanted answers, resolve and justice from what they viewed as wrong.

Request for comments from Miami- Dade County Public Schools Public Information Office were not immediately returned; however, the department were already made aware of the incident by WSVN News. They said they were looking into what actually happened before they commented publicly. Mortimer and the family of the alleged victim also were contacted, but questions were not immediately answered.

This story will be updated as more details arise. All parties involved are welcome to share their perspective with Hy-Lo News on what happened.