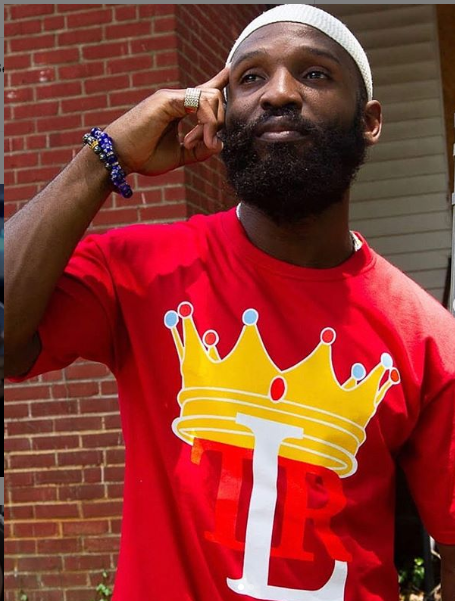 Family and friends of Lavel Mucherson didn’t find the Miami Herald Article about him fair or necessary in the aftermath of his tragic death.

Lavel and his son, Hezekiah, were brutally shot to death on the evening of June 2nd near the Northwest corner of 37th Avenue and 207th Street in Miami Gardens. Police say a dark colored car drove next to his truck and opened fire which took the life of him and his 7-year-old son.

According to social media posts from family and friends, Muncherson was known to his loved ones as a good guy and loving father who kept to himself. He had come here to see his son, whom friends say he loved very much. They felt the Miami Herald story didn’t have to share the details of Mucherson’s past arrests to tell their story. Below are some of the reactions.

For decades, the Black community in general has had a strained relationship with mainstream media given their many slanted stories and unfair coverage of Black People. The case of the Central Park Five, who now go by the Exonerated Five, is an example of how mass media can portray young black teens and men as heinous criminals in the court of public opinion. Mucherson’s story in the Miami Herald brought in parallels for some online who recently saw the Netflix movie about the teens title, When They See Us, directed and executive produced by Ava DuVernay. The movie showed how the media played a role in the kids trial before it even began. When Black victims are covered in the press often times their past indiscretions are brought up, while their white counterparts, who have actually committed crimes, are given the benefit of the doubt. Their mental health is explained and they have even been given Burger King to eat on the way to the police station after being apprehended. Mucherson’s story is another example of this disregard for seeing black men in non negative lights even in sensitive circumstances.

No regard was given to Mucherson’s family and friends who are still healing from a double murder who read that article . Even if the Miami Herald felt the need to run the story about his past, why not dig into who he was in other facets of his life. Why not find family and friends who would share his story? Why not talk tell us his son who lost his life as well? We can ask so many questions about the coverage this Black Man received, but the main question is when will it change?

In the clip below, Rapper and activist Killer Mike, explains a sentiment many Black people feel about mass media coverage when shootings happen to Black men.

Miami Gardens police have not disclosed many details of the case yet, so many readers wanted to know why was Mucherson’s past even mentioned when he actually beat his past charges on the basis of the Stand Your Ground law. The police have not said at this time that the past cases have to deal with this one; however, the Miami Herald’s article draws an unnecessary parallel to it them too quickly.

The Black community always says, as we talk in private at home, barber shops, churches or even BBQ’s, the same thing to each other when cases like this arise. They, mass media, don’t want to show us as fully human. We are rarely given the benefit of the doubt nor are non black reporters trying to understand fully why crime exists to the extent that it does in our communities (coughs “Slavery and Racism”). It’s easier to share the criminal narrative because that’s what they collectively think of Black Men. To mainstream media, unfortunately Black men, even in death, can never be more than criminal or menacing.

However, we see our Black Men. We don’t need them to see us. We got us. And we as a community will continue to check mass media when their coverage is not fair. We know Black Men are flawed like every other human being yet we know they are deserving of respect, grace and love. We’ll give that love, grace and respect even when mainstream media doesn’t. We historically always have –we had to.

Rest in Peace Lavel and Hezekiah Mucherson. May God give your families strength during this difficult time. Below are some Rest in Peace Tributes from People who knew Mucherson well.

This Opinion-Editorial was written by Hy-Lo News Editor and Chief, Janey Tate. You can follow her on Twitter @Janey_Tate.