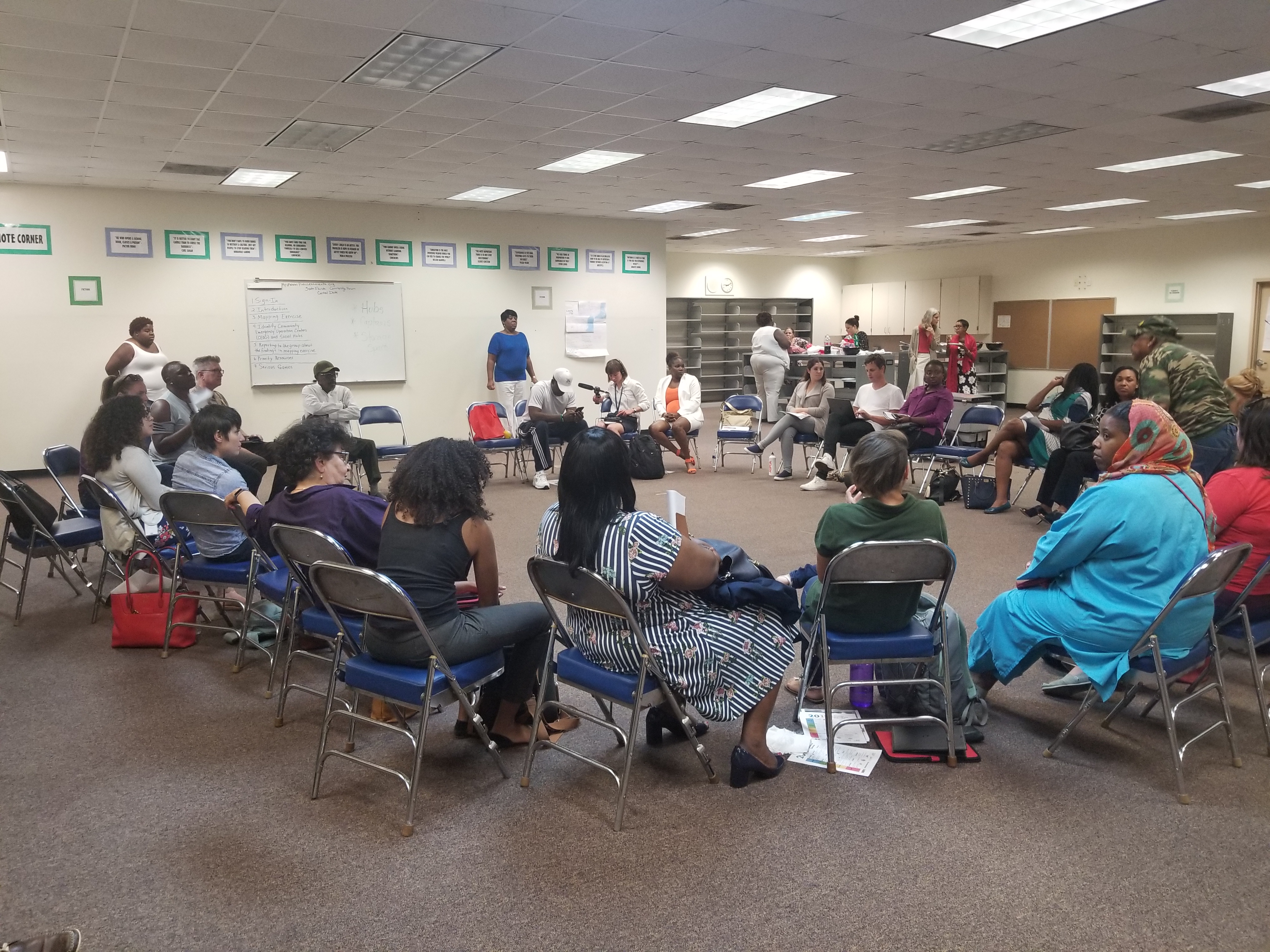 Although, everyone in Miami- Dade and Broward Counties know they need to prepare for hurricane season each year by buying the proper supplies, 2017’s category five Hurricane Irma proved that many of South Florida’s low income communities, which are comprised of mainly Black and Hispanic people, were not financially prepared to deal with storm damage and massive power outages. In the aftermath of the storm, State and County officials showed their weak spots from the slow action they took to help residents in poor communities.

Community activist, Valencia Gunder, answered the call after Hurricane Irma hit and led feedings across Miami- Dade and Broward County which impacted more than 20,000. She organized and galvanized non-profit groups and volunteers to go and out help the people who needed help after the storm.

Gunder, who personally maxed out her own credit cards to help buy food and items for people in need, realized that had Irma actually made landfall over Miami-Dade’s minority communities, the damages would have been worse than what she and her army of volunteers saw last year. Gunder realized there was no plan to help low income and elderly people who didn’t have the money to buy Hurricane supplies.

This year she’s is not taking any chances and has hosted community Hurricane preparedness planning sessions to bring together community leaders and government officials to create a plan of action if a big storm makes landfall.

On May 1st, Gunder hosted the first meeting at the Circle of Brotherhood school in the Liberty City community to create a plan to help the Liberty City and Lil Haiti areas. About 30 people attended from various organizations and government departments to discuss ways they can work together to help the most vulnerable in the community.

“The purpose of the meeting was to reconvene all the volunteers who assisted after Hurricane Irma to discuss and be prepared to make a larger plan to respond to under-served communities around disaster relief,” said Gunder.

What came of the May meeting were plans to create various hubs in the community where people will know they can go for shelter, food and much needed items that will get them through long term power outages after a storm.

“We actually wanted to focus on neighborhood like Allapattah, Liberty City and Lil Haiti because we understand that even though we all live here together we have different needs, different languages and different cultures and we want to make sure that it’s embedded in our outreach and our response after hurricanes.”

On Monday June 4th, Gunder will team up with the Opa-Locka Community Development Corporation to host the same Hurricane Preparness meeting to create a plan for underserved residents living on the north end of Miami-Dade County.

Event details below on tonight’s meeting below.