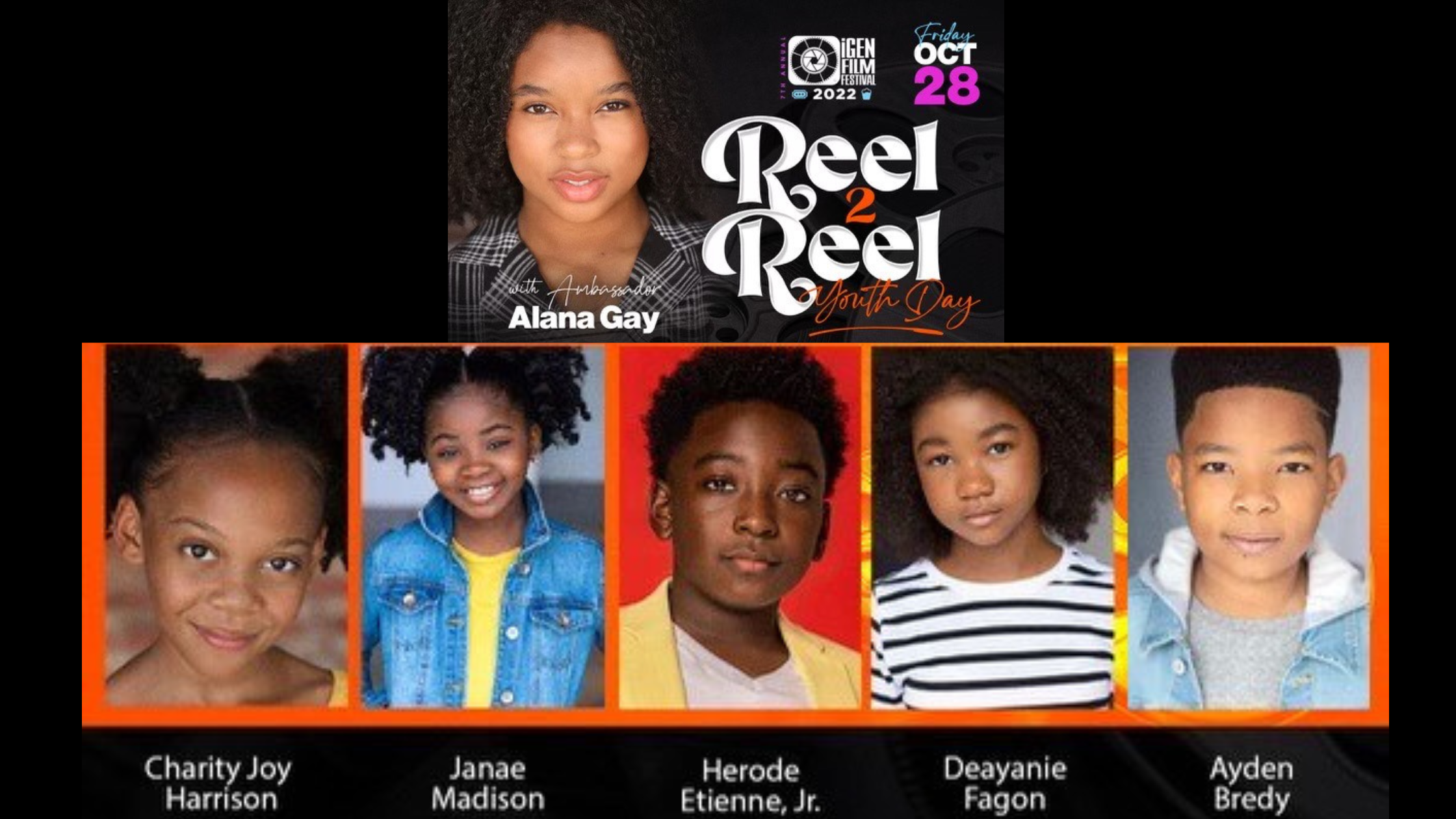 Youth from all over South Florida are invited to attend and get tips on what it takes to be an actor in the Entertainment industry from child actors actively working in the business at the iGen Film Festival. The iGen Film Festival’s mission is to encourage the next generation of actors and filmmakers. The iGen Film Festival’s Reel 2 Reel Youth Day will take place Friday, October 28th from 10 a.m. – 5 p.m. at the Black Archives Lyric Theater Historical Arts Complex located at 819 NW 2nd Ave Miami, Fla.

“I am excited about this year’s lineup of talent participating in the Reel 2 Reel Youth Day. This allows aspiring actors and filmmakers to learn tips from actors amplifying their voices and working towards a more diverse and inclusive entertainment industry,” said Elijah Wells, Founder of the iGen Film Festival.

103.5 the Beat Radio Personality, Stichiz, is set to moderate the afternoon Reel 2 Reel sessions. The panel will share their stories and experiences as a way to advance the iGen Film Festival’s mission to mentor and prepare aspiring filmmakers and actors to work in the entertainment industry.

The rising actors participating for the day include Ayden Brady, Charity Joy Harrison, and Herode Etienne. The 2022 Ambassador is Alana Gay, best known for her role as young Miranda Bailey on season 14 of Grey’s Anatomy and Nickelodeon’s New to This Planet series.

The festival has seen success with some REEL-to-REEL rising star alums having appeared in national commercials, networks, and movies, such as Fox, ABC, Nickelodeon, and Tyler Perry Studios. The IGen Film Festival is made possible with the support of the Southeast Overtown/Park West Community Redevelopment Agency, Greater Miami Convention and Visitors Bureau, and Headliner Market Group.

“We are happy to be a supporter of the iGen Film Festival once again. Each year the event grows in scope and continues to be an event weekend that is attractive to visitors and residents,” she said.

The iGen Film Festival is a multi-day event that features screenings of international films, masterclasses, workshops, panel discussions, and an annual award show. In the past, they have featured celebrities and influencers such as Romeo Miller, Sope Aluko, Jo Marie Payton, Cee Lo Green, Reggie Scott, and Ghana Wilson.

Fore more information and to register your student or organization, please visit https://www.igenfilmfestival.info/ and Follow @igenfilmfestival on Instagram.