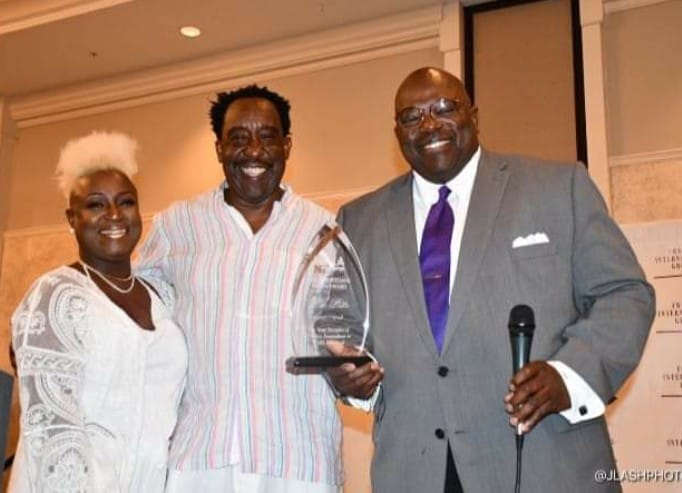 “We choose to host our retreat in Naples so that you can get away from what you’re custom to,” said Frater.

What makes the retreat unique is the fact that it’s also a fundraiser for The HBCU Scholarship Fund at Florida Memorial University– a college that Frater himself is a graduate of. This is the second year that the retreat has used proceeds from the event to donate to the fund.

“One of the reasons why it’s important to me to help raise money at Florida Memorial University is because it was there for me when he needed it and it could also be there for other young men who need somewhere to go for college in their hometown through the fund,” he said.

In addition to all the fun and golf, Frater International Group hosted a back-to School Positive Peer Leadership for 150 inner-city youths of The Golden Gate Youth Club. The event was facilitated by NBA Hall of Fame guard, Wali Jones, of The 1968 world champion Philadelphia 76ers and North Miami Head Football Coach Gerald Cox.

The annual retreat is the brainchild of Frater, the founder, and CEO of Frater International Group. Frater said he wanted to create a comfortable atmosphere for business professionals to network that was outside of the conservative restraints of traditional networking events and conferences.

“We not only wanted to have a great and relaxing summer getaway for ourselves but also give back to the community in which we host our events. We would like to thank our great sponsors such as the Naples Ritz Carlton Resort Company, Joe DiMaggio Children Hospital, Daun Beauty Cosmetics, Klassy Kouture Fashion Boutique, Vaughn & Rose Young. Weinstein Legal, Bachelor & Associates, and featuring special guest Lee Pitts Live TV,” said Frater in a release.

Frater founded his company, Tournament of Champions, Inc, (a 501c3 Nonprofit organization) in 1992. It has a legacy of conceptualizing and executing sporting events in Florida and the Caribbean. TOC has partnered with Nike Corporation since 1997 to produce a myriad of sporting events and academic symposiums inclusive of the premier football and basketball events for elite high school student-athletes in Florida. This year, Frater changed the name of his organization to Frater International Group, to appeal to their growing international presence. The organization produces numerous events annually in the United States as well as in the Caribbean under their Caribbean-based charity named Soul2Sole. Through their work in the Caribbean, the organization serves more than 20,000 children in Jamaica, the Bahamas, and Turks Caicos.

Check out Pictures from the event and see what you missed.