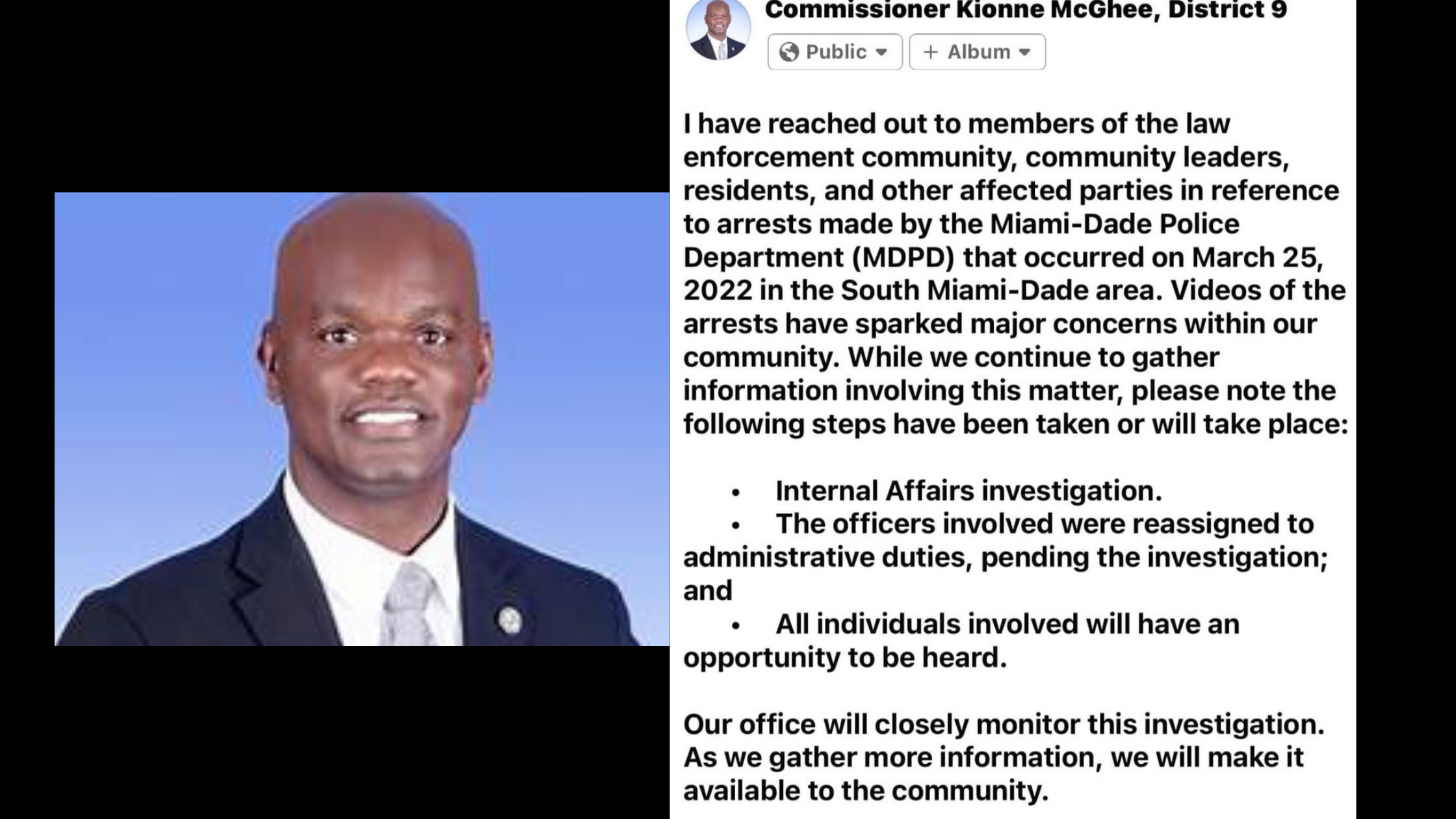 Miami-Dade County Commissioner Kionne McGhee has called for an investigation into a video circulating on social media that shows police officers punching a man before taking him to the ground.

The violent arrest reportedly happened in South Miami. McGhee said he has reached out to law enforcement members and the people arrested.

McGhee said the people involved in the arrests would have a chance to be heard, and he is seeking an internal affairs investigation into the incident. He also asked for the officers to be placed on administrative duties while it is investigated.

“Our office will closely monitor this investigation. As we gather more information, we will make it available to the community,” McGhee said.