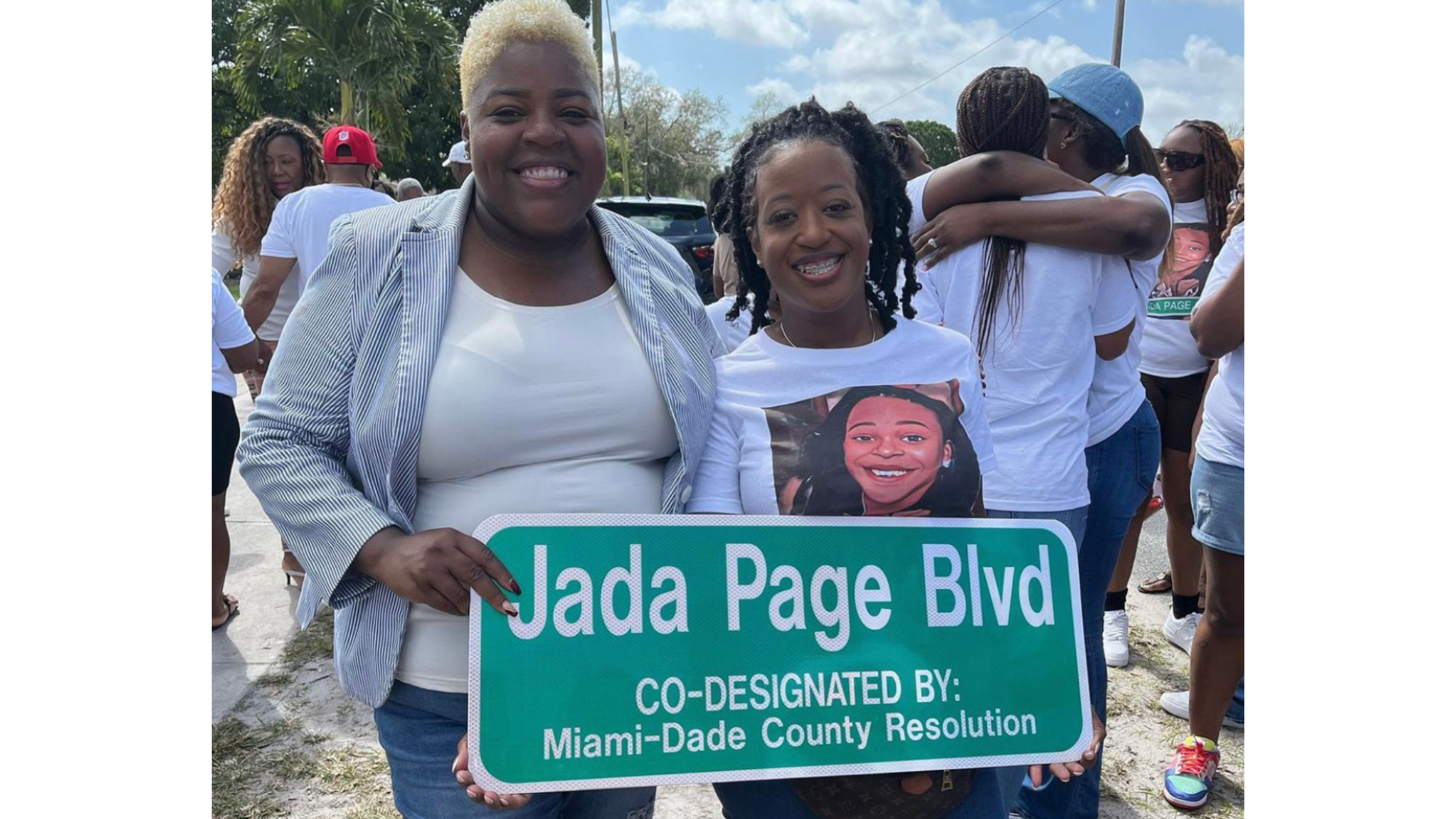 A section of Northwest 25th Avenue at the corner of 102nd Street was renamed Jada Page Boulevard in memory of an 8-year-old girl who lost her life to gun violence.

Jada was killed in front of her grandmother’s home in Miami in 2016. Her father was also shot in the incident, according to reports. The case is still unsolved.
On Friday, Assistant State Attorney Santiago Aroca said that he believed Jada was killed “because of a drug deal gone bad between two individuals who knew each other very well and were related.”

“I never prayed so hard for anything in my life. I just wanted God to put life back in her body,” Jada’s mother, Rosalind Brown, said during the street-naming ceremony on Friday.

Jada’s family and others in the community gathered in a tent near the intersection to celebrate the street sign in her honor. Jada’s former dance troupe performed a special rendition, and her cousin sang a song in her honor.

“If anything else, my baby is leaving her stamp on the world because we have Jada Page Boulevard, y’all,” Brown said.