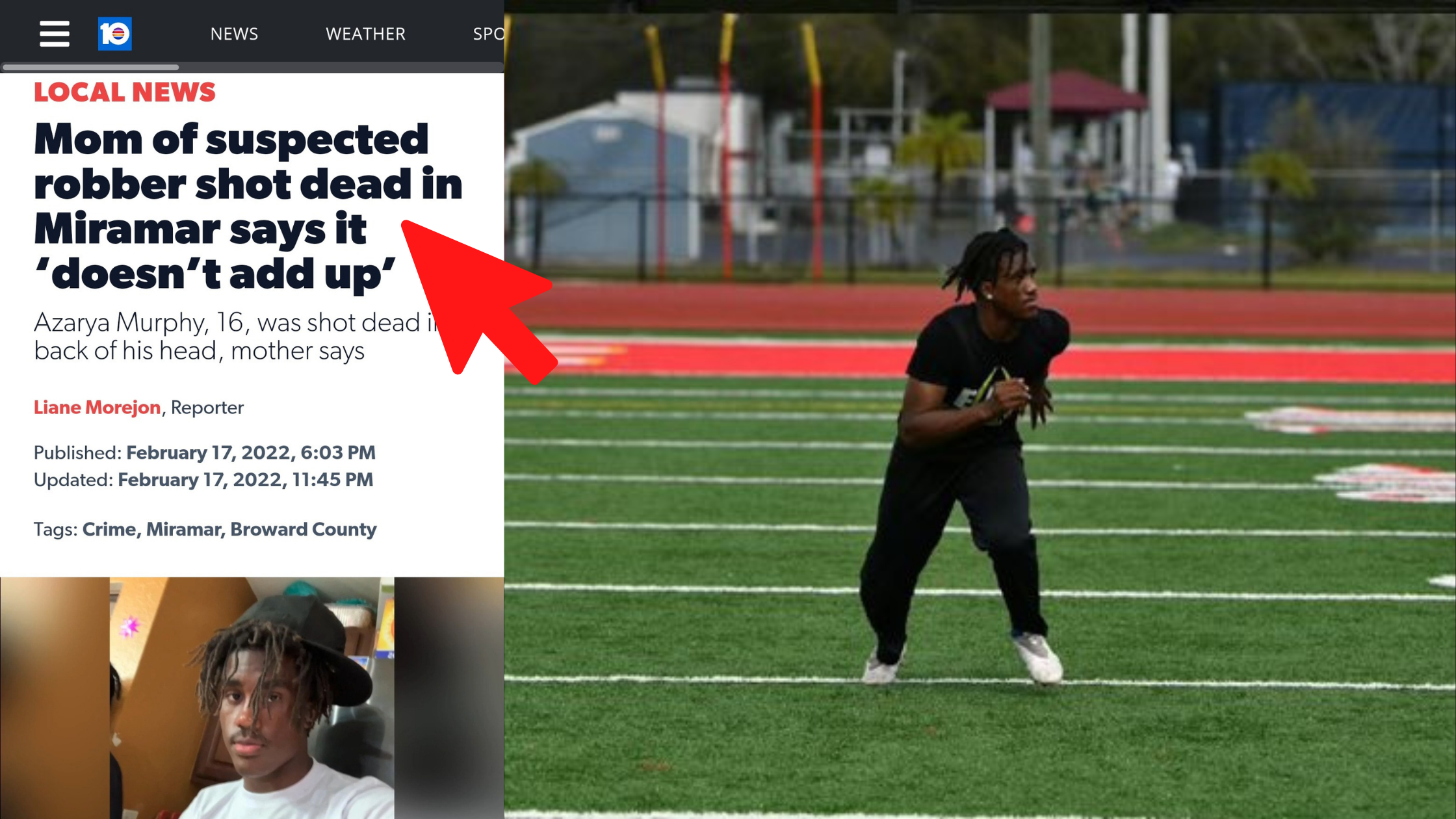 This is what we mean we we say local news doesn’t have respect for the Black community. The WPLG Channel 10 headline is insensitive and doesn’t take into count that a mother lost her son in a traumatic way.

When a known mass school shooter in Parkland can be treated with more respect from media than a dead child where all the facts are still being gathered; then we have a major problem in our community.

Yo, be delicate with our stories of this nature. WPLG could have easily called Azarya Murphy a “student” or “talented football player” or any other title that could describe him without calling him a “suspected robber.” As journalists WE choose the words WE say. The reporter could have still told the details of what the cops said happened without that headline. Now when you look up this teenager online, this is what will immediately come up.

All the facts are still being laid out, so WPLG why not report from that perspective than always wanting to paint Black children as criminals first? White children always get the benefit of the doubt and respect in media even when they’re clearly guilty of crimes. Society allows them to be led out of school shootings safely, they get cheeseburgers on the way to the police stations after killing Black people at Bible study, they get called “boys” or “misguided” and not all the derogatory titles they call Black children in cases like this. Murphy’s family deserves better than this as they are still putting together what actually happened.

But enough of begging white-owned media to respect us. It’s time to support our own. You can see the difference in the headlines about the same story. The difference is Hy-Lo News is Black-Owned by a woman from Black Miami and has a team of Black reporters who are from Black South Florida as well. We understand the nuances and sensitivity of stories like this. Mainstream media clearly doesn’t and possibly will never. But we’re always gonna demand that they do better.

Whether they do better or not, we invite the community to come over and stay over here with us! Hy-Lo News will always respect Black South Florida.

0 comments on “WPLG Channel 10 Azarya Murphy Deserves A Better Headline!… This Is Why Black-Owned Media Matters”