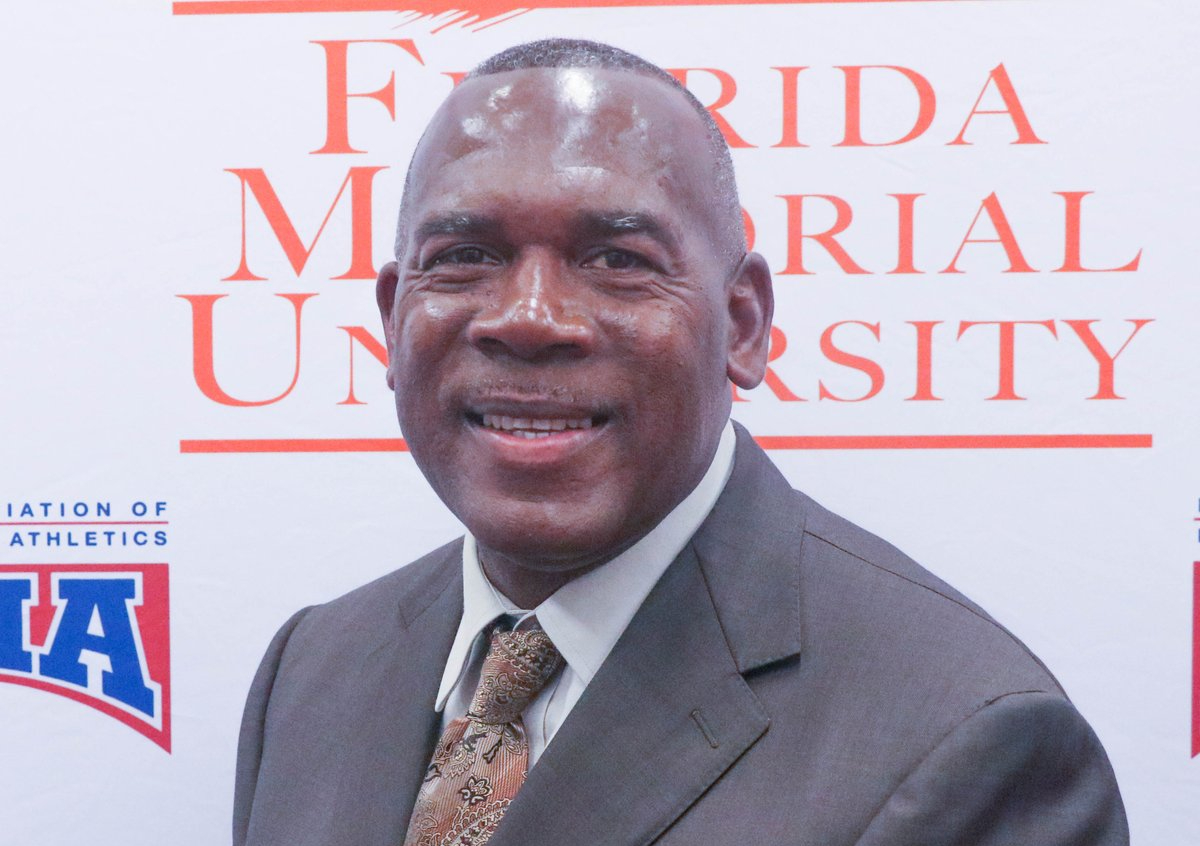 Don’t let COVID-19 stop you from casting your vote this election. Voting by bail is the safest way to to do it. Head to FloridaWill.vote to request your mail ballot. (Advertisement)

Championship winning Coach, Timothy “Ice” Harris Sr. was never fired from his new position as Head Coach of the revived Florida Memorial University Football team. The university released a statement on Twitter and to the FMU community on October 8th rejecting the news.

“Please be advised that this is a fabricated story and does not reflect facts,” said FMU President Jaffus Hardrick in a statement posted by FanIt on Instagram, who posted their support for Coach Harris.

“Coach Harris does not have anything to do with the small number of student-athletes who tested positive for COVID-19 roughly three weeks ago,” said Hardrick.

The Miami Times erroneously reported on their social media pages on Thursday that Coach Harris had been suspended, then terminated. A correction has not be posted by the media outlet at the time of this article.

News about several students testing positive for COVID-19 recently surfaced. On October 6th, the school posted a release that said:

“The Saturday, Oct. 10 football matchup between Florida Memorial University and St. Thomas University has been rescheduled for Nov. 21 due to COVID-19 related concerns, both institutions announced on Tuesday.”

“Florida Memorial University is the only HBCU that elected to play college football in 2020…. In the span of a week, two football games have been rescheduled, due to “COVID-19 related issues.” A source tells HBCU Gameday that more than two dozen FMU football student-athletes have tested positive for COVID-19.”

Coach Tim “Ice” Harris, who was raised in Overtown, is well known throughout the Florida sports community and beloved by many athletes, parents and community members for his dedication to student athletes throughout his nearly 30 year coaching career.

In 2014, when the Miami Herald reported on Harris leaving Booker T. Washington High School for a position at the University of Miami, they stated:

“Harris is well respected with over 25 years of coaching experience in South Florida as both an assistant at Miami High, Northwestern and Miami Central and head coach (he went 96-10 at Booker T. in eight seasons). Harris coached UM offensive coordinator James Coley when he was quarterback at Miami High. Harris, who has coached mostly offense throughout his career, played three years as a defensive back at Carthage College in Kenosha, Wis.“

Coach Ice, as he’s widely known, has won three state championships at Miami Booker T. Washington – including a national title. Harris has not only coached some of the top talent in South Florida high school and college football, he has also coached and raised four sons alongside his wife of more than 20 years.

Three of his sons were top high school and college athletes and have followed in their dad’s football footsteps. Tim Harris Jr, coached one year as head football coach for Booker T. Washington before leaving to coach at Florida International University. Tim Jr is in his sixth season as FIU’s Assistant Coach for running backs. Brandon Harris Sr. played professionally in the NFL for six seasons and coached briefly as Booker T. He was hired earlier this year to be the defensive analyst for Florida State University football program. The youngest Harris son, Treon, was the star Quarterback for Booker T. Washington, and led them to their Class 4A 2012 and 2013 State Championship wins. Treon went on to play Quarterback for the University of Florida and then Tennessee State University.

As reported by FMU, Harris is still committed to coaching and bringing the best talent out of student athletes and the university is supporting their decision to hire him. Harris’ statement in a August 2019 FMU news release sums it up best.

“I’m so excited about being the new football coach at Florida Memorial University,” said Harris. “This has been something that I’ve worked for my whole career, and I’m so excited and so committed to making sure that I do an awesome job here.”