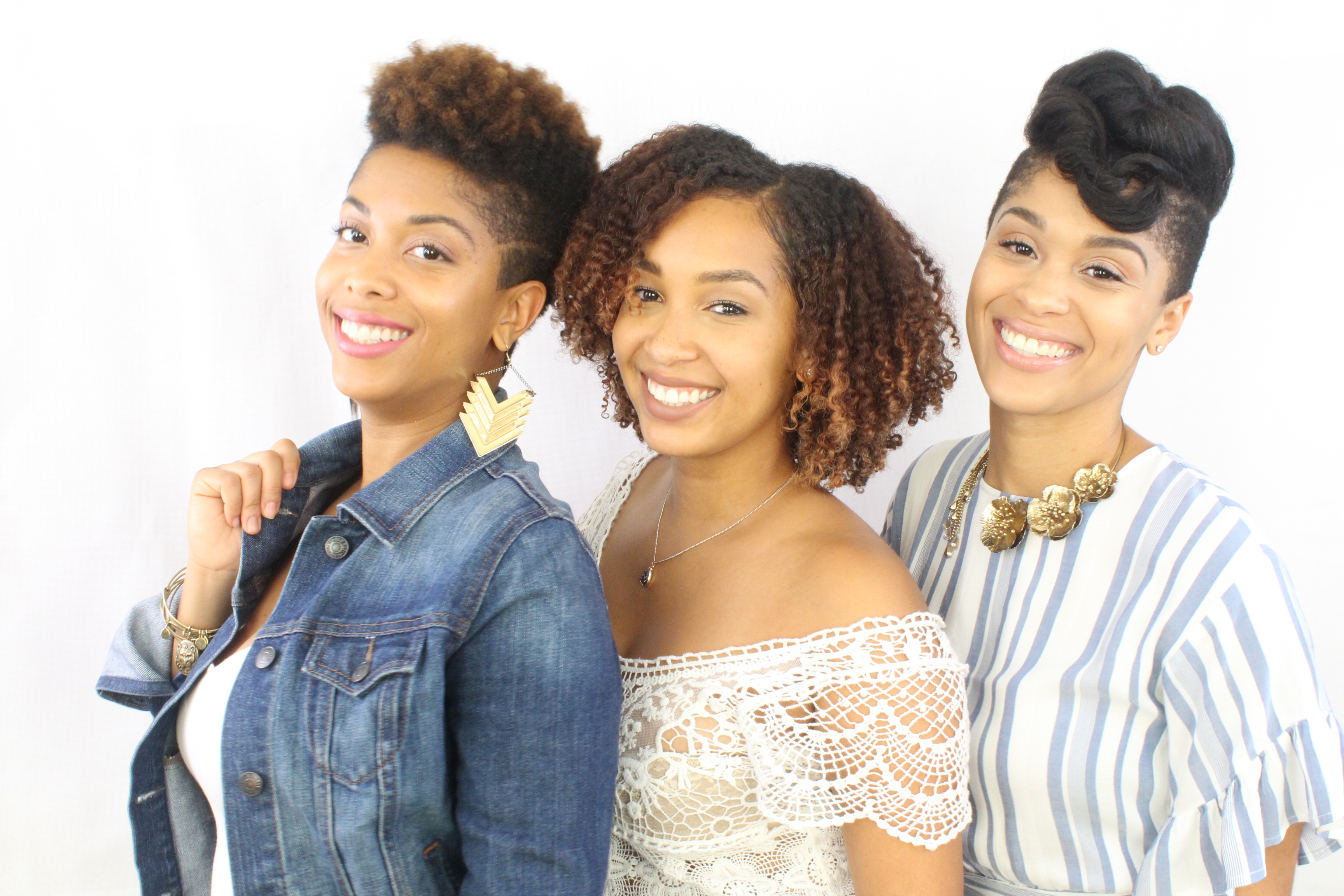 When the Stirrup sisters went natural they realized combing their hair was a less than fun chore because of hair tools they were forced to use. As more people opted to use their fingers to detangle their hair instead of combs and brushes to manage and style their tresses, which can be a time consuming task, the three Stirrup sisters thought to create a hair tool that would mimic the human finger while also improving the traditional comb and brush.

“The magic of our hair tool is the design of the teeth,” said co-founder of Kazmaleje, Latoya Stirrup, who was also recognized as one of Legacy Magazine’s 40 Under 40 in 2018. “With our hair tool the detangling is faster and there is not nearly as much shedding.”

As a result of the innovation by LaToya, LaTasha and LaTrice Stirrup, the KurlsPlus Detanlgers were launched in 2018 along with their new beauty and lifestyle company, Kazmaleje.

They sat on the idea for two years before creating a prototype. Eventually Latoya asked a friend to sketch a 2D rendering of her design idea and then took it to a 3D printer. From there they fine tuned the design until they had a working product that they could take to market.

“In a sea of hair care products, we were the only hair tools,” said Latoya who mentioned that many businesses focus on natural hair care products but not styling tools. “There is security in knowing that I have a product that works.”

Latoya credits her work experience as a marketer and product launcher in the tech space which helped her create an effective plan to launch their products; however, this was not originally a part of her career plans.

“Earlier on in my career I did not plan to be an entrepreneur. It wasn’t something I wanted to do. I thought I would climb the corporate ladder and become a C-Suite executive. A few years into my career I decided that working for myself would be the best for me. And I’ve been on my own since 2013 as an entrepreneur,” said Latoya.

She said they started with a crowdfunding campaign to begin and took advanced orders. When they officially launched to the public, the reviews were all positive with many parents thanking them for creating a product that made wash day with their children much easier.

“Last January we started shipping out customers and parents left reviews saying ‘I can now enjoy wash day with my kids,” LaToya shared.

LaTrice Stirrup said she loves hearing the positive feedback from customers because it affirms their hard work.

“We created Kazmaleje to solve our own problems but even more so to also uplift and assist others with similar struggles. It warms my heart to hear that all of our hard work has come full circle and our dreams of helping others with textured hair is actually being realized.”

“What I’ve liked hearing most from our customers is how our tools have helped to transform the process of caring for their hair. Something that was once viewed as a daunting and painful task at times has turned into a more enjoyable experience that they look forward to. It’s what we set out to do and every time we hear that kind of feedback it feels like we’ve accomplished our goal,” said LaTasha, who is the company’s “Style Maven,” that oversees their marketing efforts and creates all of their designs/collateral.

In the 2019, Kazmaleje (which is pronounced Cosmology), signed up for QVC and HSN’s “The Big Find” competition, a joint venture by both networks to find and promote small businesses. Out of nearly 700 applicants, Kamaleje was chosen as one of the 75 finalists. The co-founders traveled to St. Petersburg to pitch their business to the network, and was eventually chosen to showcase their hair tools on QVC and HSN online and in June of this year they premiered live on HSN.

“In only one year on the market, now we’re on QVC,” said Latoya. “It’s been a fantastic experience.”

“It’s been pure excitement,” said LaTasha. “It was so awesome to know that they saw the potential in our tools that we knew was there. It was also re-affirming to be granted this opportunity by such a large network as HSN/QVC. It meant that our dream of getting our tools in the hands of every curlfriend was becoming more of a reality.”

LaTrice said when they received the news that we were selected to be a part of HSN’s Big Find, in that moment, it was like a wave of emotions came over her– from affirmation to pure happiness, uncertainty yet excitement– all the same time.

“This was huge. We knew that we were doing something right and now it will be out there for the world to see,” said LaTrice. “The experience was amazing from the training situations to actually going live on TV. It was unlike anything that I had ever done before and the fact that we were able to do it all together was just the cherry on top.”

Latoya said since launching their company, they have not done a major marketing push and have seen increase in sales just from word of mouth. To date the company has sold more than 11,000 hair tools and doesn’t plan on stopping until everyone knows their name while helping other entrepreneurs reach their goals.

“Now for 2020 it’s about growth and expansion,” said Latoya about Kazmaleje.

The Stirrup sisters shared their advice to entrepreneurs who want to follow in their footsteps.

“When you take a project management approach to launching a product it allows you to take your big idea and turn it into manageable steps that keep you moving toward your goal,” said LaToya.

For LaTasha, she said knowing and focusing in on your why will help you obtaining your business goals.

“Why are you creating this product? Once you have your answer, stay grounded in that because it will get rough and there will be times when you want to give up. But, if you are clear on your “why”, it will help you to persevere through those times.”

LaTrice encourges new entrepruners to see the their vision through to the end.

“So many times you hit an obstacle or snag along the way, but the key is that there is always a lesson to be learned every moment of the way,” she said. “So don’t give up and miss those key opportunities for growth. You won’t always succeed and every idea isn’t the best, but the point is that you learned the reason why so the next time you can make it better and get that much closer to your goal.”

Their Kurlplus paddle comb retails for $22 and their Kurlplus Pick retails for $14. Kazmaleje products can be purchased online via their website and in select retailers. You can visit www.kazmaleje.com to find a retail location near you.

A version of this article was originally published in Legacy Magazine.