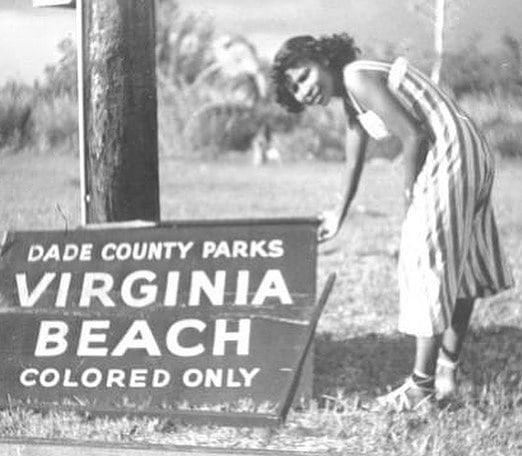 The Florida House of Representatives and the The Florida Senate recently passed a resolution proclaiming Saturday, August 1, 2020 and each August 1st thereafter as, “Historic Virginia Key Beach Park Day,”  in the state of Florida which also culminates the 75th Anniversary of the recreational community space and historic landmark.

“Segregation was a day-to-day reality throughout America’s South. It was a reality that systematically excluded all people of color from Miami-Dade County’s most famous attractions, including its miles of beaches. These Florida House and Florida Senate proclamations speak to the systemic racism that people of color battled with for decades and continue to face even today. The current international uprising in mass demonstrations as a result of the tragic and unnecessary death of George Floyd at the hands of the Minneapolis, Minnesota police shows the resilience and sense of community of millions of fair-minded people across the globe.  The Virginia Key Beach Park Trust (VKBPT) has always stood for social justice, community inclusion, equality and uplifting the important contributions of African Americans in South Florida,” said Guy Forchion, VKBPT Executive Director.

Originally dedicated in 1945, on an unequal, separate basis, Historic Virginia Key Beach Park (HVKBP) represents the focal recreational space where the Black community at-large was allowed to gather, commune and create the conditions for solidarity necessary for a civil rights movement to flourish. Once designated a “Colored Only Beach” when it officially opened in 1945, the old Virginia Key Beach Park is the preeminent gathering place for all marginalized communities and social classes who live and visit the beach park.

Miami’s former segregated beach, like no other recreational beach park of its kind during the twentieth century, continues to forge a sense of community through compassionate negotiation, experiential activations and creative communication between Black and non-African American societies. Indeed, 75 years later the message of Historic Virginia Key Beach Park is still contained in the power of responsible citizenry and leadership which led to the second reclamation of the Property. Major festivals such as, the 9 Mile Festival, has called the beach home for many years for their events, drawing thousands from around the world to the park.

The mission of the Virginia Key Beach Park Trust (VKBPT) is to carry forward the vision for the development and use of Virginia Key Beach Park, promoting and maintaining absolute public ownership and access, fostering its perpetuation as a passive open green-space that includes nature trails, recreational facilities and museum structures appropriate and compatible with the nature of Virginia Key; preserving it as a valuable resource to be enjoyed for posterity, and to honor the rich historical legacy of the social and civil rights history of South Florida.

The facilities are administered by the Virginia Key Beach Park Trust, in conjunction with the City of Miami’s Parks and Recreation Department which grants unrestricted, equal opportunity access to the general public.

Historic Virginia Key Beach Park (HVKBP), established on August 1, 1945 as Miami’s ‘Colored Only Beach’ immediately became a spot for social gatherings to tourists and residents who made trips to enjoy amenities such as the carousel, the dancing pavilion or the mini-train that would run through the enormous park. Former City of Miami Commissioner, M. Athalie Range was instrumental, together with the Virginia Key Beach Park Trust, in adding this remarkable landmark to the National Register of Historic Places in June 2002. Now, characterized by a unique and fragile natural environment, the City of Miami’s largest recreational jewel serves as the ultimate recreational location for those who want to bask in the splendor of the sun and ocean.