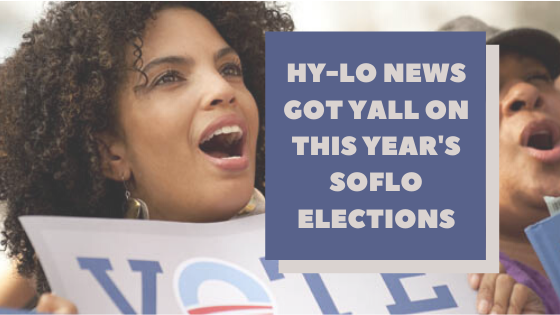 Figuring out who’s running for office and where can be a daunting time consuming tasks, especially if you’re a novice to politics and government. With so many people interested now in changing laws and policies that oppress Black People and other minorities and oppressed groups after the tragic death of George Floyd; we found it pertinent that we create a space, a cheat sheet so to speak, for people interested in the issues and who running for office this election season.

Of course we all know who’s running for President this year, but we all should know the local, state and other federal positions up for a vote this year. As the old sayings goes, “Politics is Local.” And what that means is the policies and laws that are enacted locally affect you almost immediately and directly. So we all saw how George Zimmerman was able to use the “Stand Your Ground” law as a defense in his case and win using it; however, we all in Florida were asleep when that law was being passed and how it would affect us in the future. Or have you wondered why mass transit in a world class city like Miami is so trash? Well County Commissioners of the past mismanaged funds that would have created a better transit system and that was OUR tax dollars mishandled by people we voted for to do right by us.

Reason’s like these are why our vote locally is so important; especially in smaller cities like Opa-locka where a win or a loss could be the difference of a few dozen votes.

But we get it understanding how many of this stuff works is a lot of work, and for a working class person who may be taking care of kids, or an aging relative, or you’re simply working hard to keep a roof above your head; who has the time to learn about everything to make an informed voting decision. We’re hoping this guide will give you the information you need and encourage you to act and vote in ALL elections. Our lives literally depend on it. Also, apply to vote by mail during this pandemic to make things easier on you (We’ll be sure to give you more info on this in a future article, in the meantime click here to learn more about voting by mail.)

We’ll also inform you about laws up for vote and initiatives local groups are supporting that will help bring change, equity and equality.

Important Dates to put on your calendar RIGHT F’N NOW! Excuse our french, but it’s just that urgent.

Deadlines to Register to Vote

For the Primary Election: July 20

For the General Election: October 5

Below is the list of election races we’ll we covering this season:

Here’s the Help We Need From YOU:

Thanks for joining us on this 2020 Election. Let’s get informed and create the world we deserve one vote at a time.