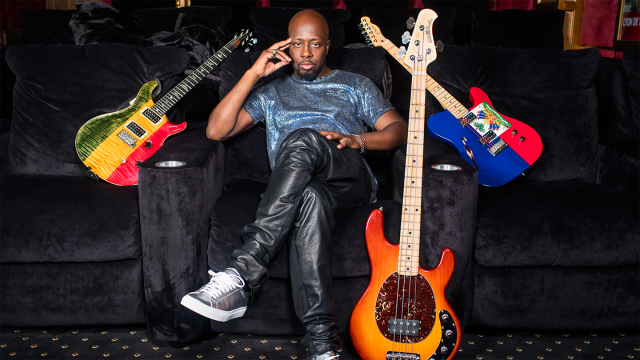 Genji Jacques, the man who has been dubbed the “Haitian Denzel Washington” has been added to the cast of the upcoming film “The Sweetest Girl: A Forbidden Love Story.” Samuel Ladouceur  who has worked on major projects such as “A Great Day in Harlem,” “Power,” and “Boardwalk Empire” is at the helm as the director. The filmmakers aim to use Wyclef Jean’s music as the score as his music has inspired many of the stories in the film.

The plot, written by prolific screenwriter Harry Jeudy, who also worked on “A Great Day in Harlem,” and acclaimed author Yanatha Desouvre follows a loving married couple of 25 years who’s relationship comes to a deadly end when a husband is compelled to tell his wife his most heart-shattering secret while she is on her deathbed. Inspired by true events, “The Sweetest Girl: A Forbidden Love Story” is a compelling and provocative love story. It’s set in Haiti and is haunted by human trafficking and gun violence.

Desouvre brings years of experience to the project haven authored “Revelations: Roads to Redemption” — one of the top downloaded e-books in April 2020 in the African American, Mystery Thriller and Suspense Fiction Category on Amazon.com.

Jacques, the Haitian Denzel” will play Lucias Goodman, a brilliant, seasoned, yet tormented law enforcement officer, who has his life thrown into disarray when his loving wife, prominent and controversial journalist Margaret Goodman, is shot in broad daylight and ends up in the intensive care unit. Overwhelmed with guilt, while his wife is in a coma, Lucias is compelled to confess his most heart-shattering secret. As Lucias proceeds to clear his conscience, the underlying threat that simmered in their marriage for decades begins to boil over to the point of no return. Lucias struggles to make peace with his past, which has life-changing consequences in his present day.

Using familiar characters from the 2018 novel “Revelations: Roads to Redemption” the second of the Goodman Chronicles series, “The Sweetest Girl: A Forbidden Love Story” explores the characters’ unique emotional journeys. The story-lines of complex, interwoven characters will navigate through larger themes of human connection: guilt, redemption, love and hope.

Virtual auditions are still being accepted for the roles of Margaret, Young Lucias and Grayson Goodman.

Email Rachel Finley at sweetestgirlshortfilm@gmail.com for more information on auditions. Those with interest in the film can also join the indiegogo campaign here.