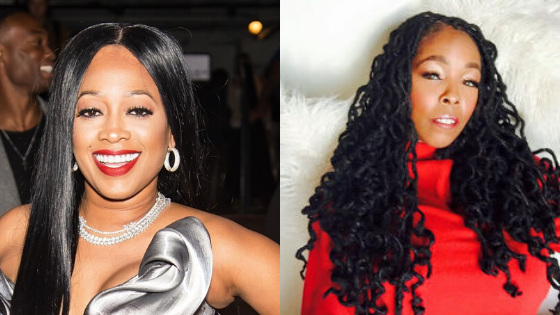 Today in “Girl Please” news, 2000’s rapper Khia said in an Instagram live video that she can go hit for hit with the Diamond Princess, Trina, in a Verzuz battle. I immediately laughed at the idea. To me she just doesn’t add up to Trina’s music catalog. Although, Khia does have songs that we still love to listen to in South Florida and we go up for them in the club; she just can’t touch the amount of hits Trina has banged out.

Apparently Trina felt the same way. On Wednesday, Trina read Khia for filth on her 99 Jamz radio show calling her a bum in the process. Below is the clip of the full rant by Trina.

I wasn’t sure why Trina went off so intensely because she shouldn’t be bothered by the “My Neck, My Back” rapper. Khia has fallen into near obscurity, become a professional troll and has said problematic things about trans and gay people. Clearly the Queen of Miami is not on that petty level but she seemed annoyed when addressing the proposed battle. But the anger could have stemmed from a long time beef between the two Florida rappers as social and entertainment commentator, Funky Dineva, mentioned on his latest video below.

He breaks down what happened and points out that Trina should use better words than “you’re beneath me” when defending herself. He explain that it could come off as condescending and off putting to fans and the public. What he said holds true because the comments under The Shade Room’s post about this incident shows many comments from people who didn’t like that Trina used those terms to explain views on the matter. They called into question Trina’s humbleness.

However, we in South Florida who have seen Trina for years giving back to the community, mentoring young female artists and her dedication to her family know that she doesn’t lack humbleness. Perhaps the next time someone gets under Trina’s skin, she’ll address the issue with less emotion. Khia battle request wasn’t worth more than a “Chile please” and a chuckle from Ms. Trina.

I think comedian and Miami native, Chanelle Graham who goes by the Instagram name NellySoFunny, had a great idea. She showed us in an IG video that a Trina versus Khia battle would have been lit, and in the end Verzuz battles are all about the music and having a good time.

Hy-Lo News family tell us what you think of this matter. Do you think Khia can battle Trina hit for hit? Was Trina justified in her response? Sound off.

0 comments on “Trina Reacts to Khia’s Request for Battle: “I’m not Stepping off my Throne to Address no Bum””