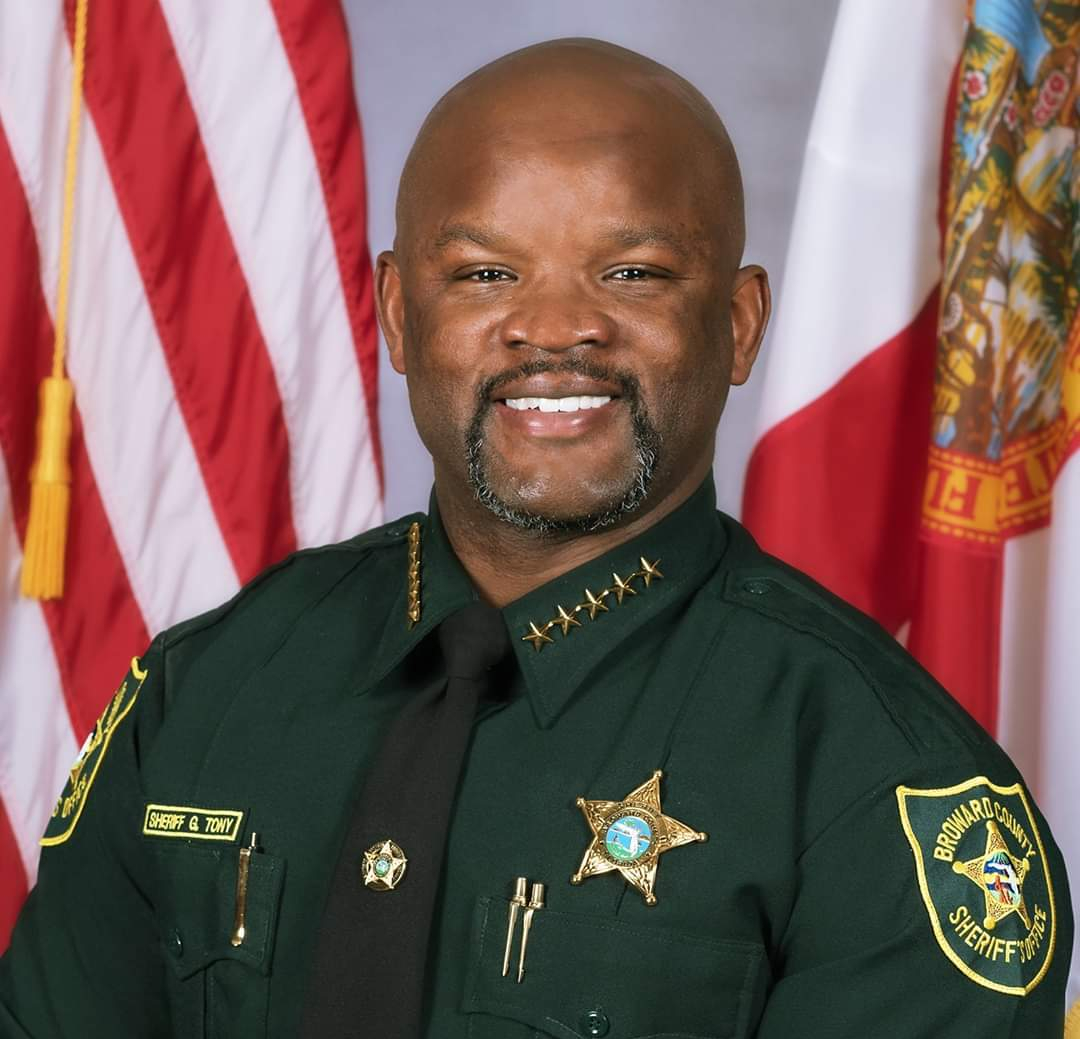 Topless Women, swingers parties and murder, oh my! No, this isn’t a plot from a kinky Law & Order episode, but it is the current drama surrounding Broward Sheriff Gregory Tony.

The internet and social media has been buzzing all week, with people locally and nationally talking about the new found dirt on Tony. But do we really care about this shit? I don’t. I’ll explain why, hold tight.

So, Tony and his wife have been outed as possible swingers and news surfaced that he killed a man in Philadelphia, his hometown, when he was just 14 years old.

Tony released a statement to address the news in a statement published by WSVN. They reported:

In a statement released Tuesday, Tony’s campaign referred to the coverage of the shooting and pictures as smear tactics by his opponent and predecessor, Scott Israel, aimed at blocking him from keeping his position ahead of the 2020 election.

It reads in part, “[Israel] tried to depict Sheriff Tony as nothing more than a black kid with a gun, but it backfired because most people see his struggles growing up among violence as an inspirational story.” The statement goes on to say, “Now Israel is stooping even lower by releasing pictures that, instead of just attacking the sheriff, target his wife in an effort to embarrass and slander her.”

They go on to report that former Broward Sheriff, Scott Israel, denies these claims. Please note that both men are running for Broward Sheriff in the 2020 election. However, it does seem like someone wants people to view Tony in a bad light, but hey that’s politics (shoulder shrug).

I personally don’t care what Tony and his wife do in their private life. Elected officials and politicians are people too. I think we as the public forget that. They have lives outside of their work, and I’m a progressive enough person to understand that. As long you’re not hurting anyone or doing anything illegal, consenting adults can do what they want. Liking to swing or attending private parties for bi-sexual people, does not mean you can’t lead the Broward Sheriff’s department.

In regards to the murder Tony committed when he was 14, he said he acted in self defense when he shot and killed Hector Rodriguez. Tony said he was protecting himself and his brother; however, the deceased man’s family said they believe something different. Rodriguez’s family said he cracked a joke on Tony, calling his uncles crack heads. They said Tony got upset and ran into the house, got a gun and shot Rodriguez. Tony said he was never arrested and a judge later decided that he acted in self-defense. Unfortunately, the only people who actually know what happened are Tony and Rodriguez. But if Tony said he acted in self defense and the judge cleared him, then he does have the right move on with his life. Tony continues to claim his innocence and didn’t speak about this incident during his job interviews because he wasn’t asked.

I don’t fault him for that either. Every black person and returning citizen knows you can’t put every detail about your life on your job application. Anything that casts you in a bad light WILL stop you from getting that job. He said they didn’t ask, so he didn’t tell. I ain’t mad at him for that especially when had to make sure he secured a job to care for himself and his family.

Now with all of this know about Sheriff Tony, I still don’t care about these new details of his life. One issue is his personal business and the other issue was a case of self defense. What I DO care about is Tony plans to keep Broward County safe, community policing implementation, his views on police relations with Black and Immigrant communities, hiring diversity and how he will handle police involved shootings of unarmed Black and Brown people if they unfortunately happen. Who this man has sex with and him acting in self defense has nothing to do with his job as Sheriff.

And please know this isn’t a defense or endorsement of Tony. I just think as voters lets focus on what the job is, how we want that job done and vote accordingly. Playing in this dirt ain’t going to keep Broward County safe and policed properly.

To learn more on where Tony and Israel stand on the issue, check out this Sun Sentinel article where both go head to head in a debate on their vision for Broward Sheriff’s department.

Hy-Lo News family tell us what you think of all of this drama and what matters to you the most in this Broward Sheriff 2020 Election? Are #TeamTony or #TeamIsreal?  Sound Off

2 comments on “Broward Sheriff Gregory Tony is Alleged Swinger and Killer, But Should We Really Care About These Discoveries?”