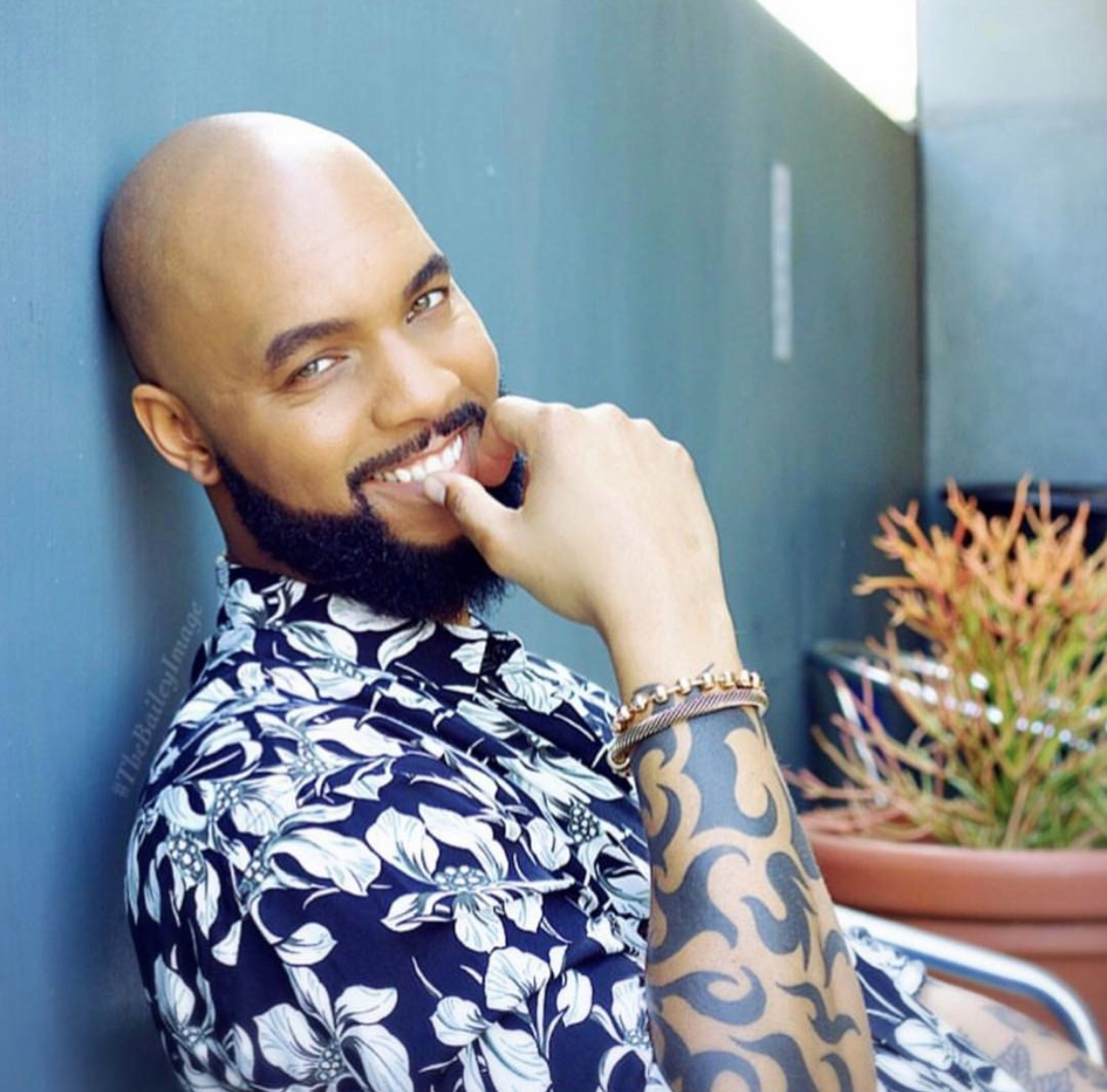 Richie Skye’s evolution in the media industry has been the result of hard work, hustle and being in the right place at the right time. From his growing presence on our TV screens, to the creation of his digital media company; he credits it all to hard work, determination and betting on himself.

“I learned my obsessions lead me to where I’m supposed to go,” said Skye. “Whatever it is I am passionate about, I do. I don’t care what anyone else thinks about it.”

This media personality’s career didn’t begin like most who we see on TV. Richie Skye, who now hosts a popular Entertainment News Show on Youtube and is an Entertainment Correspondent featured on multiple news outlets like Fox 5 in Washington D.C. He got his start in media before he officially knew it. Originally from Danville, Virginia, Skye — who’s real name is Terence– grew up in a small town near the border of Virginia and North Carolina. His father influenced the man he is today by instilling in him values to work hard and be open to new opportunities.

“In our house we couldn’t use the word can’t,” he said. “The other thing my dad taught me is to always be flexible. That has helped me to maneuver in life and know when to move on.”

While attending undergrad at Virginia Polytechnic Institute, Skye started his Academic career as a Journalism student but changed when he realized he had to do more than just sit at a desk and talk.

“The funny thing is when I was in college I always knew I wanted to go into broadcast Journalism. But When I got to college I was like ‘Oh we have to carry this camera around and we have to do stories ourselves,’…. I just wanted to sit and talk,” he said jokingly. He would eventually change his undergrad major at Virginia Tech to Public Relations and Marketing and he later received a Master’s degree in Advertising at Michigan State University

Skye eventually moved to Washington D.C. in 2008 and started hosting a YouTube web series with a friend, called The Morning Wood. The show focused on Pop Culture and Hot Topics, but the hosts also conducted interviews with celebrity guests. This was Skye’s first experience in hosting and was something that he would be drawn back to.

While in D.C. Richie Skye, who’s name is a play on the phrase “Reach for the Sky,” began acting. His ‘reaching for the sky’ led him to attending the DayTime Emmy Amards in 2015. Skye had a guest role in the web series Anacostia, a D.C. based show. They were nominated for a Daytime Emmys and Skye was invited to go to L.A. with the show. While there he knew it was the place he needed to be and two months after attending the Daytime Emmys, Skye was living in LA. The first year there he began hosting reality TV review shows on AfterBuzz TV.

Around this time he got a call to do a reality show on the Bravo Network. Six months later they called him back to be a part of their show titled, Stripped. The premise of the show, which premiered in 2018, is to strip the cast of everything they own for 21 days and give them a few items back one day at a time.

“What that they didn’t tell me until the week before is that I was going to be naked,” said Skye who was mortified by the news.

“But at that time I had committed to it. I tried to look at the bigger picture because I thought to myself if I can make it through this — I’m already a huge fan of Bravo –I felt like I was with the right network. I said if I was going to do reality television I wanted it to be something meaningful. And it turned out to be a very meaningful process.”

Eventually another serendipitous encounter would have him change coasts and move to Miami. Skye worked with a guy who had moved to Miami to host the Daily Flash TV show. That summer he had a gig being an ambassador for the American Black Film Festival, which took place in Miami in 2018.

“At that time, my friend was like come guest host on Daily Flash. They asked me to come back a second day,” he said. “Then that second day the general manager was like what would it take for you to move to Miami? I was just coming here to visit and work. I didn’t know what it would turn into.”

A month later, Skye was in Miami and the new host of Daily Flash Show. However on March 30, 2019, Skye found out the show was moving to Orlando.

“They had gotten new hosts and everything. I left that day, final check in my hand, I was like what am I going to do.”

Always prepared and ready for what’s next, Skye had been studying YouTube and learning what it takes make a living using the platform.

“By this point in time, I had had Quentin, Funky Dineva, on the show to talk about hot topics with me several times. We really meshed and we just ended up becoming really good friends,” he said. “He ended up being a good source of not only inspiration but information. I remember him telling me you should get on YouTube and I remember my mentor at AfterBuzz TV saying you should brand your own stuff on YoutTube.”

And so he did. After a weekend of being jobless, Skye decided to intensely job hunt, while also focusing on building his YouTube channel.

His hard work and consistency paid off when he published a video about the Atlanta Housewives drama between Nene Leakes and Porsha Williams. He recorded a video about what happened and went about his Friday night plans.

“I am looking and I’m seeing the video is starting to rake up the views. I had never gotten views this fast. The next thing I knew, we were at 100,000 views and we are getting the subscribers,” he said. Skye decided to stay on this path and applied his five day work week from working in TV News to his new channel.

“What I noticed is that consistently is what brought people to the page and kept them there. And so once my page got monetized and I could see how much I was making a day, I said to myself ‘Job? What job? Who’s looking for a job? Not me!’ ….I knew I would not be paid that much working for the media companies I had interviewed with.”

Today Richie Skye has more than 73,000 subscribers and more than 15 million views on his YouTube Channel and it’s growing daily. His future plans include fine tuning his marketing for all of his social media pages. Although he has a great presence on Instagram with more than 77,000 followers, he said YouTube has been a more lucrative platform. He also plans to use his platforms to produce meaningful documentaries and his first topic he wants to address is Colorism in Hollywood and the Black Community.

“For me it’s about doing good work or what I hope to be good work,” said Skye. When asked his secret to success Skye replied, “To be honest with you and I don’t want to be cliche, but it’s just blessings. I set my mind to do good and meaningful work for whatever that might be. I like to think I don’t have any fears about stepping into the unknown. Ultimately, I feel like it has worked out for my benefit.”

For more information on Richie Skye check out his Instagram page and catch up on his web series on Youtube below.