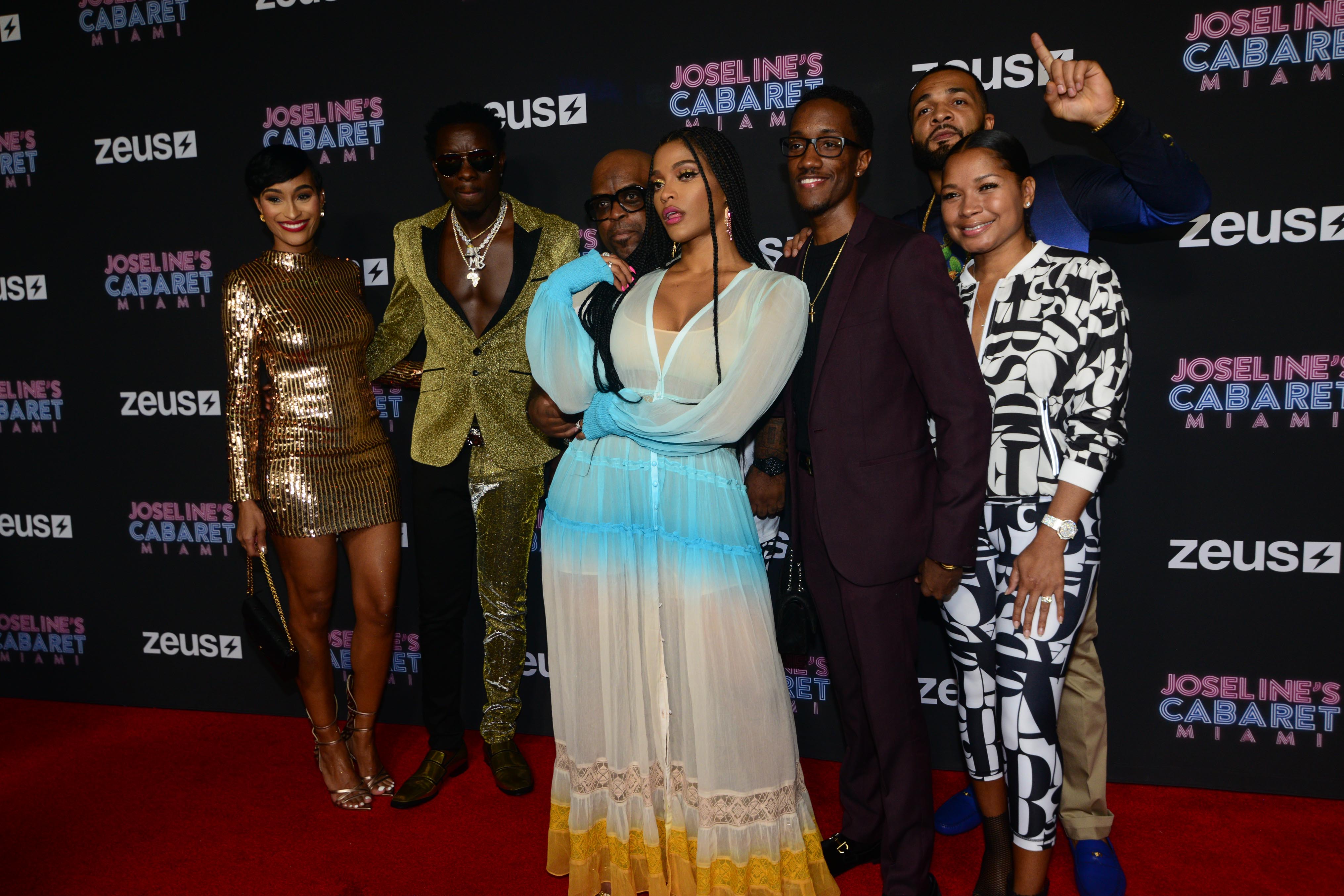 Miami’s own Joseline Hernandez, numerous celebrities and the cast of her new show Joseline’s Cabaret, joined her last month at the AMC Theater in Miami for a Red Carpet premiere and special screening of the show held by the Zeus Network. Attendees included Joseline’s fiancé and Producer, Balistic, Michael Blackson(King of African Comedy), Supa Cindy (99 Jamz), Cee Lo Green (Marriage Boot Camp), Executive Producer and Zeus founder, Lemuel Plummer, Zeus Host Janeisha John and others. The reality star — who became a fan-favorite on VH1’s Love & Hip Hop: Atlanta — is back and returns to the small screen with her own original series.

Joseline’s Cabaret showcases the “Puerto Rican Princess” in her hometown of Miami, helping revitalize a struggling gentleman’s club and creating a sensual traveling cabaret to feature her original music. First, though, she needs to get the dancers at the club in order…and some of the girls aren’t quite ready to fall in line just yet. We know Joseline can boss up, but can she also be diplomatic and motivating enough to handle her most significant professional challenge to date — all while juggling her life as a mother, fiancée, mogul, and music artist. Joseline’s Cabaret premiered Sunday, January 20th on the Zeus Network.

Zeus is available to subscribers for $3.99 per month on mobile phones and desktop computers at The Zeus Network. The Zeus mobile and connected TV apps will also be available on the Apple App store, Google Play Store, and Amazon App Store, providing anywhere, anytime, any device access.