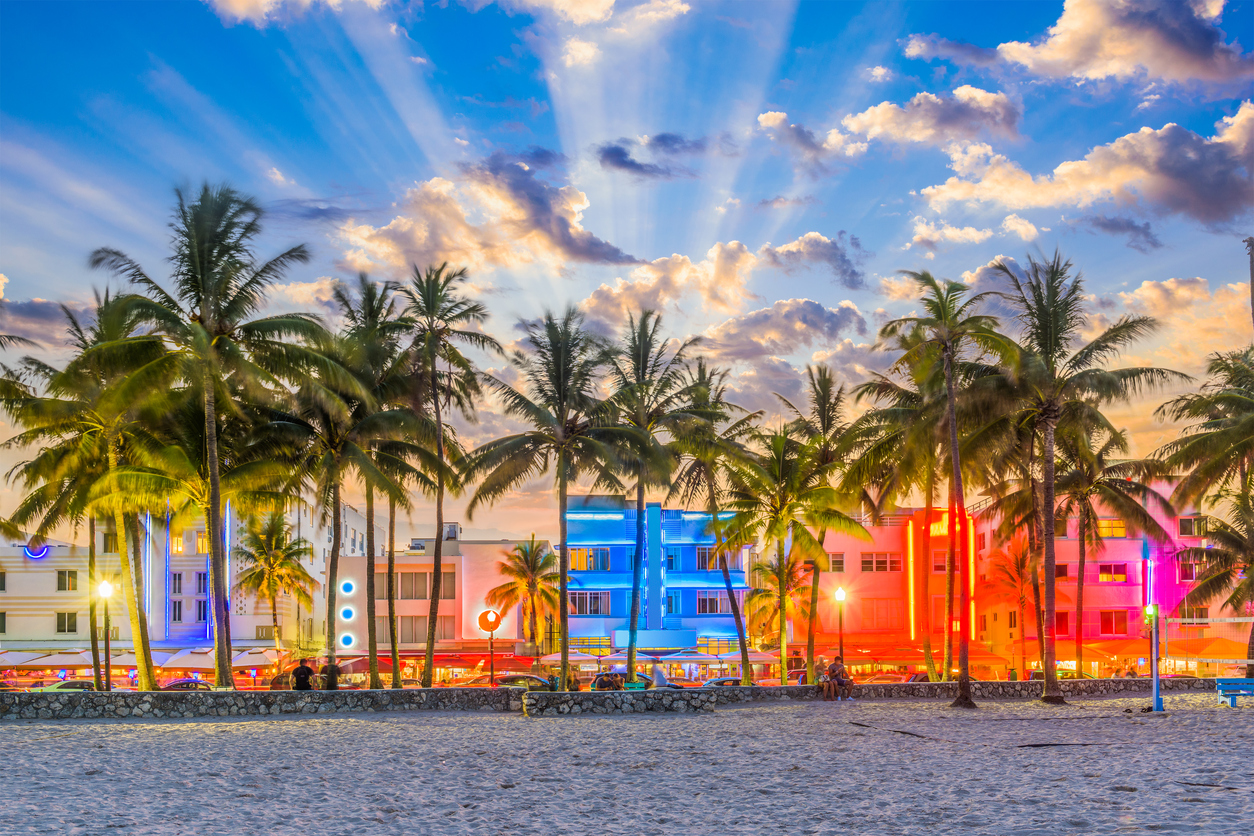 So many activists in South Florida have been warning us about the sea level rising, especially in recent years. Climate change is very much real here in Miami-Dade County and one day sooner than we think it will drastically effect Florida residents. Community advocate and activist, Valencia Gunder, has even warned us about those Climate Changes effects negatively impacting Black and Brown people in lower income communities. She has said they live in areas that will be prime real estate once the sea levels rise, because of their location and elevation about sea level.

“My grandfather, he always would talk to us, like, ‘They gon’ steal our communities because it don’t flood.’ I remember him saying it as a young child,” said Valencia Gunder in a story written by WLRN/ NPR reporter Nadege Green.

“They didn’t know the science. They just knew and understood that when flooding happens everywhere else, it don’t flood over here,” she said to NPR.  “And they knew that that was going to be one of the triggers for them to come take our communities.”

Writer Matt Simon, broke it down in a Wired article this week and he further explained that even though people will be in Miami for Super Bowl LIV, they need to pay attention to more than parties and football related event and to the fact that Climate Change will no doubt impact our paradise cities here in South Florida.

Ah, the Super Bowl, a bonanza of overeating and watching men brutalize each other (brain health be damned), punctuated by 30-second reminders to spend money. This weekend the spectacle will play out at Hard Rock Stadium, a lovely open-air structure mere miles from Miami Beach, which is disappearing into the sea.

But I’m being negative. Here’s the good news: This time of year is (literally) the cosmically ideal moment for men to brutalize each other in a stadium in Miami. Right now, Miami is smack dab in between the seasonal events that ravage its shores: king tides. Peaking around October, the gravitational interaction between the sun, the moon, and our planet pulls on the oceans, resulting in extra-high tides that rush through Miami, flooding buildings and closing streets. But those tides only run through November, returning to a lesser degree in March. Thus the Super Bowl is perfectly timed, because it means that all those football fans don’t need to worry about king tides flooding their hotels. Continue reading full story here.