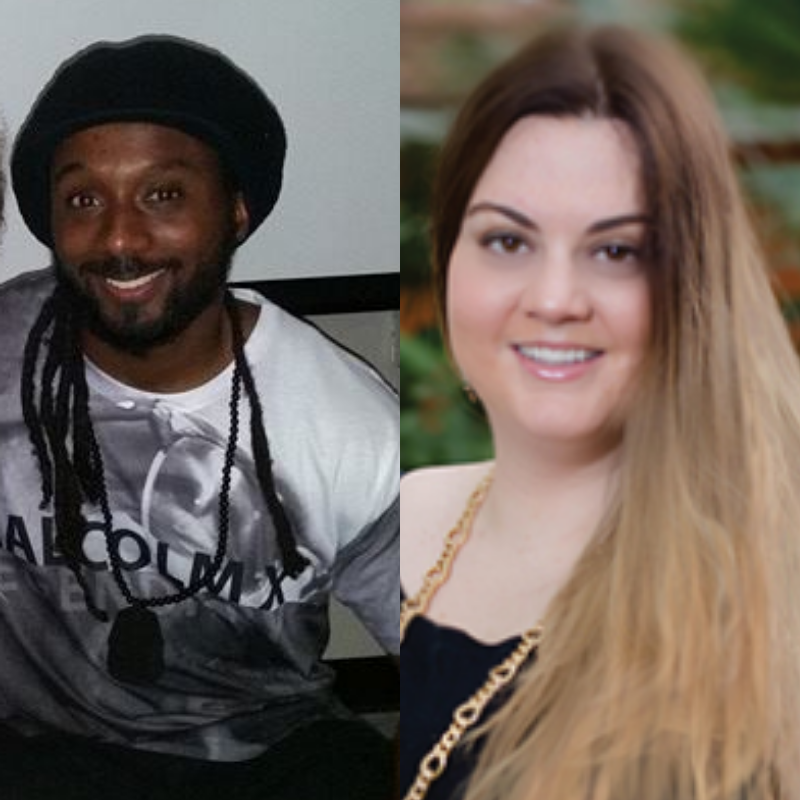 In mid 2016, I read Marvin Dunn’s book “Black Miami in the Twentieth Century.” I also read Kitty Oliver’s book “Race and Change in Hollywood Florida.” These two books shifted me 180 into wanting to know more about the black experience in Broward County, which is where I was raised. I organized and got my friends, Preme and Ian, to work together and we formed the Black Broward Film Project; which was to be a documentary series telling the past, present and future of black communities in Broward County. A whole movement titled “Black Broward” was driven by me, and I worked relentlessly for years preserving as much local Black History in Broward County because gentrification was wiping away our culture and history.

It is on public record in the city of Dania Beach of me speaking about creating a J.A. Ely Historical museum and a Dania Beach Historical Society that would work in conjunction with each other. My idea was they would work similarly to the city of Pompano Beach’s Bailey Comtempory Arts Center (BaCA) and Ali Cultural Center Arts, and the Historic Stranahan House Museum and Old Dillard Museum in Fort Lauderdale. Also In Miami they have similar initiatives with “Destination Miami” and “Experience Overtown” — all of which work in tandem.

A lot of my work has gotten attention from many, has landed me on primetime television, and I’ve had several articles written about the work I’ve done and work I’m aiming to do. After speaking at a public commission meeting nine times about a historical society, Lauren Odman — who wasn’t even an elected official yet– came to me and told me my idea was great and when she runs for office she will help to make it happen. I thought to myself “Ok cool,” and I still continued my work as an archivist preserving local Black History.

On Thursday January 9th, Lauren called me and told me the 115 year anniversary was to be held at Tropical Acres and that I should get my ticket for it ( Note: It was later shared with me she knew the event was already sold out when she told me to buy a ticket). The tickets were sold out, she made more than $4000 from this recent event, and even got a building for the Historical Society — all off of my Blueprint, all off of my mind and my work.

At her event the only Black people that attended were past elected officials, but no one from the Collins family were there. (The Collins were one of the first families in Dania Beach and many of them still live there. Not to mention there is a school named after their family matriarch Leola Collins). The Mizell family or the Sistrunk family was not there. The Mizell family are considered one of the premiere families in Black Broward History and were instrumental in building Dania Beach. They built the first Negro school in Dania Beach and were even key in establishing the first and only Black hospital on Sistrunk Blvd with Dr. Sistrunk himself. None of their families were invited. NOTE: NO FOUNDING BLACK FAMILIES WERE INVITED TO THIS CELEBRATION. THE ONLY BLACK ELECTED OFFICIAL IN DANIA BEACH, TAMARA JAMES, WAS EXED OUT OF THE PLANNING FOR THE 115TH YEAR CELEBRATION.

My work on a grassroots level was co-opted and made into something political by Lauren Odman– which is to get herself back in the commission seat again in 2022. Not once was I asked to be on the board, but when it came to wanting my help, she always wanted me to assist. I peeped game and didn’t share most of the Black history gems in South Broward with her– I only shared a few. If you go to the Dania Beach Historical Society & Museum Facebook page, you’ll a logo that was done by my friend and business partner. Every time she wanted help from me, concerning the history of Dania Beach, I was there.

Additionally, In Lauren Odman’s campaign, she reached out to Tamara James and her family for support to get her elected. Many Black elders knocked on doors tirelessly for her campaign. On election day, many Black elders from the community of Danie stood at the Hollywood library pushing for people to vote for her. Hell I voted for her and Herbert Goldwire since there were two seats open. After she got elected, she turned her back on Tamara and those same Black elders that busted their ass for her. Plus once again she stole and profited off of my idea.

At the January 14th Dania Beach Commission meeting, I spoke my truth to the point that I was almost in tears due to anger. Lauren Odman couldn’t even look me straight in the face, her face turned pink. This is her exposal. This has been happening– time and time again that my work has been co-opted and someone else has used my idea for political or economic gain. I know I wrote a lot but fuck it, I have to say what I have to say.

This Op-Ed was written by Hy-Lo News guest contributor, Emmanuel George. Emmanuel is the creator of the Black Broward Film Project and the Sistrunk A-Fair — a week long Black art festival in Broward County.