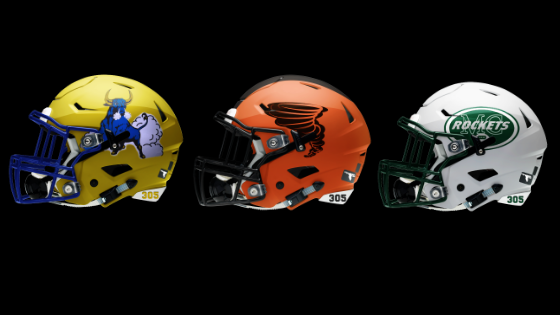 The competing schools from M-DCPS come from District 2, which is represented by School Board Member Dorothy-Bendross-Mindingal.

According to the Miami Herald, Friday also capped off the historic night for South Florida teams. Columbus (8A), St. Thomas Aquinas (7A), Central (6A), Northwestern, Booker T. Washington (4A), Chaminade-Madonna (3A) and Champagnat Catholic (2A) all won their respective state semifinals thus marking the first time South Florida will send seven teams to the state title games. It tops last year’s record of six.

Many of the top college football recruits come from Miami-Dade county. A chance to compete for a State title increases a student athletes’ chances to secure a full college scholarship– something that can be life changing for many students in Miami-Dade’s Urban Core who use football as a vehicle to a free education.

This was a part of the vision presented by District 1 School Board Member and now Vice-Chair Elect Dr. Steve Gallon III when he called for the reclassification of high school athletic programs in Miami-Dade County. His Board item was also unanimously approved by the Miami-Dade County School Board and was a call to  “end cannibalism among local urban schools to get to a state championship.”

Facebook and Twitter lit up with reactions from alumni from the various schools, specifically from the urban core expressing their pride and enthusiasm for their respective teams. Many more applauded Gallon for his vision in calling for the change last December.

“We did not see the vision. Thanks Steve Gallon III, we appreciate your outstanding work! We see it now,” said P.A. Talley on a Facebook post.

“Congrats to the [G.O.A.T.] Steve Gallon III for seeing things for what they were and actually doing something about it. It’s such a great feeling to have so many deserving teams from the inner city in one place competing for our city,” said Arvis Lawson on Facebook– who is also the creator of FanIt, a digital media outlet that covers high school sports and local athletes. Lawson went on to say, “Man I’m so proud to be from Miami.”

Mark Peacock wrote on the social media site as well, “Thank u again #25 Steve Gallon III for seeing and believing in your vision bro. See u in Daytona Beach.”

Even Hip-Hop icon and Miami native Luther Campbell chimed in on the discussion.

In December of 2018, Gallon wanted to level the playing field – and bring the district more state trophies. After pressure from Gallon’s initiative to review the county’s athletic programs’ classifications, shortly thereafter the FHSAA released updated football classifications for the 2019-2020 season in a manner aligned as called for by Gallon.

In less than two weeks, schools in Miami-Dade County will reap the benefit.

“This was the vision LAST YEAR around this time when I called for the reclassification of FHSAA schools in Miami,” said Gallon in a statement released on social media. “The cannibalism among schools to get to State had to end. It did.”