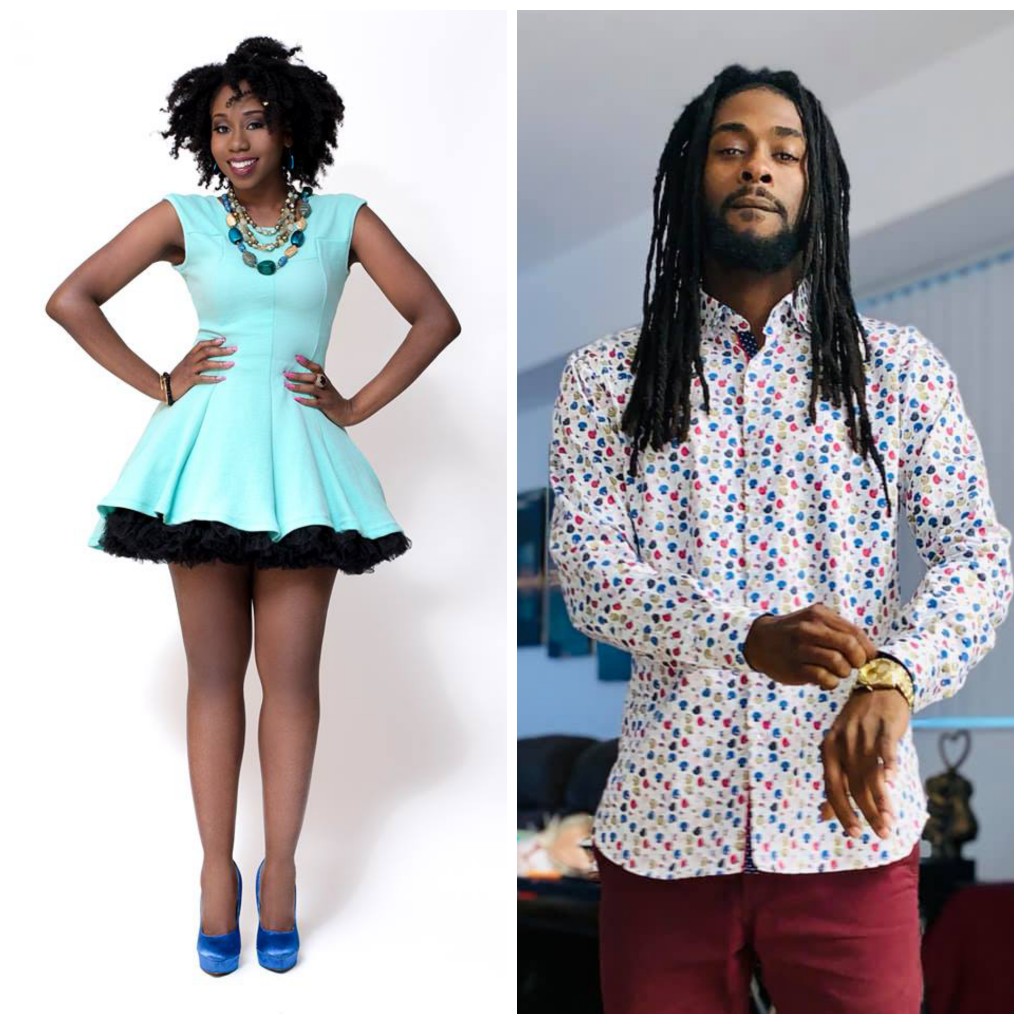 The South Florida Internets were all a buzz Wednesday when social media comedian and music artist, Bob Whyte, falsely accused 103.5 the Beat radio host, Stichiz of stealing his “ Creole Word of the Day” bit. The odd thing about all of this is: 1. He’s NOT the first person to do a “Word of the Day” social media video. 2. He never spoke with the radio host to actually ask her what her inspiration was for her video. Take a look below at both people’s “Word of the Day” videos.

The whole thing turned messy when he galvanized his social media fans to spam Stichiz’ social media pages to let her know that he and they knew she was a thief.

He went on to compare his situation to that of Tokyo Vanity and Young Thug, where she says he stole her idea from her “That’s my Best Friend” social media video and made a song out of it with no credit given to her. (SN: Legally protect your intellectual property Black creatives, but even then some things are hard to protect) . Stichiz is no Young Thug and Bob Whyte is far from Tokyo Vanity.

The comments turned accusatory and some were just plain rude AF.

However, Stichiz had her support, including social media comedian @SE_Joe, who’s been doing the “Creole Word of the Day” videos longer than Bob Whyte.

I personally reached out to Stichiz and she said she never had met nor heard of Bob Whyte before all of this and had the idea to do a “Word of the Day” video series back in 2017. However, she felt that she lacked the proper production and editing team to do it then. From my digging, the earliest “Word of the Day” video I can find from Bob Whyte is from Sept. 11, 2018 on Instagram.

His first video came out a whole year after Stichiz thought of doing this. But let’s just talk about the hundreds of People who have been doing this “Word of the Day” type of content for years. SeJoe could have said Bob Whyte was biting him had he gotten word of his videos. I’ve also seen many people who speak other languages do a “Word of the Day” bit. One included is Tu 94.9 radio host, K Marie. Stichiz actually credits K Marie for encouraging her to start the series.

Bob Whyte and his fans claim that Stichiz never responded to his messages to communicate with her. Below is one of the messages that Bob sent directly to Stichiz.

The saying goes you can, “You can catch more flies with honey.” And here is an example how this could have been handled differently. I think if Bob had respectfully reached out to Stichiz first then she would have responded. I think energizing his followers with negative false info made things worse and caused them to be disrespectful. Also he gave her less than 24 hours to respond, not taking in the fact that Stichiz was actually live on the air when he first posted his message on social media. I don’t think you can publicly shade someone and then expect them to jump because you want them to respond the way you want. That’s a selfish way to think. He and his fans used her none reply, as suspicion that she possible did steal his idea– never taking into that fact that she probably was preoccupied with actual paying work.

I was also disappointed to see a Black man and a fellow Haitain, be so quick to attack a Black woman without getting understanding first. Where’s the Unity? I mean May is Haitian Heritage month, but I digress. Bob just assumed something negative, justified it in his own head and then acted from the reality that he created. Had he just spoke to her first before going to social media, I know for a fact that Stichiz would have understood his gripe and she would have invited him to do a video with her. She actually has plans to do more videos with other local comedians and influencers, so for her it’s all about sharing her platform. Bob Whyte could have easily been someone she would have extended that to.

On another level I think Bob Whyte played this whole thing wrong. From my research, I saw that he’s an inspiring music artist. Ironically, Stichiz is too and is someone who would wholeheartedly understand his grind. It would have benefited him to use this situation to meet someone in the radio industry and so he can meet the people who work for 103.5 the Beat. Let me give yall some tea as someone who worked in that building. Stichiz and the other on air talent are on-air talent in at least 4 other major markets, and I’m sure it’s more than that. Papa Keith for example, is syndicated in 40 plus markets. The program director for 103.5 the Beat and the midday mixer during Stichiz’s show, DJ 33 1/3rd, is also on air mixing in 40 plus markets. Not saying that they would have put him on immediately in all those cities, but making the connections with those people would have not hurt him and his musical pursuits. I understand him being angry, but the people in his camp should have saw a bigger picture. And just on a human level, Stichiz didn’t deserve to be attacked and accused of stealing. Bob Whyte missed out on an opportunity to connect and build with a women that would have genuinely tried to help him the best way she could.

I wish we as Black people tried not to be so mean and reactionary to each other without getting a clear understanding. So many people hurt or attack others because they never take the time to get clarity. Assuming can be dangerous and hurtful. Hopefully one day Bob Whyte will apologize and the two can talk about this and eventually collab. After all of this the “Creole Word of the Day” should be “Assuming.”

Chime in the comments and tell us your views on this situation.

This opinion piece was written by Janey Tate, Editor-In-Chief for Hy-Lo News. You can follow her on Twitter @Janey_Tate.