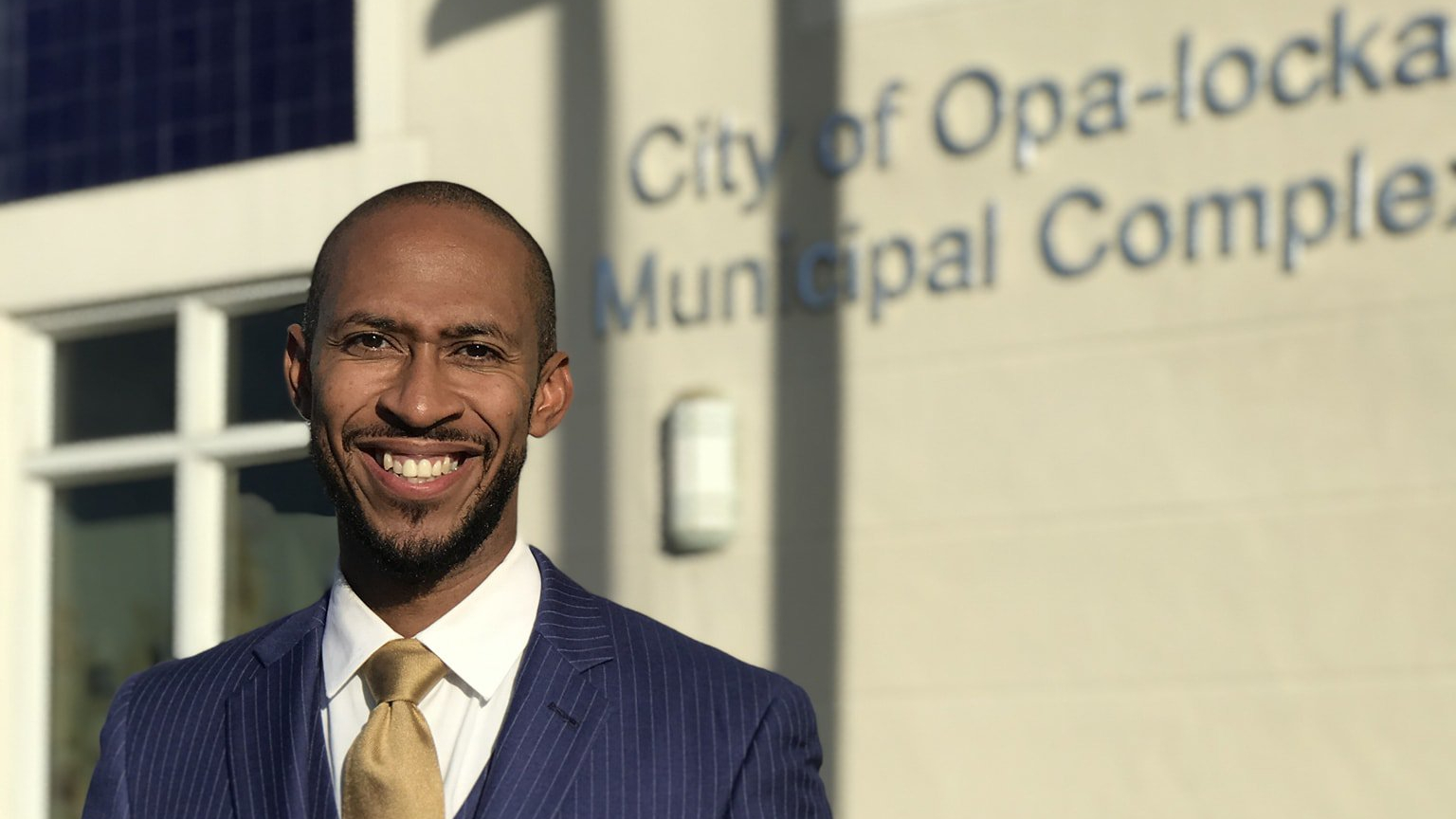 The city of Opa-locka needs new non-corrupt leadership in office and Matthew Pigatt said he’s the man for that job. Pigatt, who is running for the Office of Opa-locka Mayor, is currently a Opa-locka commissioner and the youngest on the city’s dais. In the two year’s he’s been commissioner, Pigatt has been a voice of accountability and transparency on the commission. He plans to take on the role of Mayor with the same zeal in hopes to restore Opa-locka to a city that residents can be proud of.

“We literally have a leadership problem in Opa-locka and voters need someone who is able to read, understand and do research on the issues and be able to make logical decisions that are not tied to family, friends and hook-up relationships,” said Pigatt, who plans to transform Opa-locka from its rocky past.

Opa-locka residents have had to deal with thieving politicians, a rouge lobbyist, indicted staff as well as inflated water bills and flooded sewage filled streets. Pigatt said past leaders mismanaged funds and allowed the city’s infrastructure to decay.

“We had a trash company that had relationships with people on the commission that owed us hundreds of thousands of dollars. When they drove through, they didn’t pick up all the trash. They would get some trash but leave some at the bottom of residents’ trash cans. So when I got in office we were able to get rid of those people,” said Pigatt.

During his tenure they were also able address to the city’s water bill problems.

“We did a study and found out that 65% of our water meters were not working. So for years, decades, the city has been estimating water bills” said Pigatt. “From top to bottom there was mismanagement that’s been going on. When we put an end to that mismanagement, we were able to leverage relationships with the county to bring them in to invest $2.1 million dollars to replace all the defective water meters and bring them in to handle our water billing issues. So now there won’t be any funny business going on with Opa-locka water meters at all.”

Improving the water billing issue has helped to improve relationships with the county. The city of Opa-locka has strained relationships with state and county officials which has sometimes stopped new funding from coming to the city to repair their infrastructure. With Pigatt as the city’s new Mayor and hopefully with a mostly new commission, the city can move forward the right way.

“I served on the dais the past two years in the one of the most critical junctions of Opa-locka history and we have interfaced with the state’s financial oversight board. I’ve been in communication with our state representatives and county representatives to be able to pull together needed resources,” he said.

Pigatt, who will be the second youngest Mayor in Opa-locka history if elected, knows the work ahead of him will not be easy, but he believes with new leadership, new trust can be built so the real work to repair the city on all levels can begin.

His upbringing bread him for a job such as this.

Pigatt, a Miami native, grew up watching his mother’s determination and consistency to change her circumstances as a model to live his life by. He said his mother did the best she could raising three boys as a single parent while becoming the first person in their family to receive a college degree. He said her example inspired him to graduate from Miramar High School and then Morehouse College.

While as a college student, Pigatt sharpened his community organizing skills while helping to organize thousands of people to protest for the Jena 6. The story of the six-black students who were facing life in prison for a high school fight, impacted Pigatt so much that he had to help the students. He said organizing for this cause allowed him to really see what it takes to mobilize people to act on a large scale.

After college Pigatt went on to become the director of the 100 Black Men of South Florida’s mentoring program, founded the Miami HBCU Picnic and authored The Academic Hustle: The Ultimate Game Plan fr Scholarships, Internships, and Job Offers. He’s now ready to take on the title of Mayor of Opa-locka.

“It’s time to finally have change in Opa-locka, and Opa-locka residents will be the judge of that. That’s why this election is so critical,” said Pigatt. “If people come out– if our new voters and engaged voters come out– and elect new people with no ties to the past, we have an opportunity for the first time in decades to move Opa-locka in a positive new direction”

Pigatt believes he’s the best person to lead Opa-Locka in that new positive direction as Mayor.