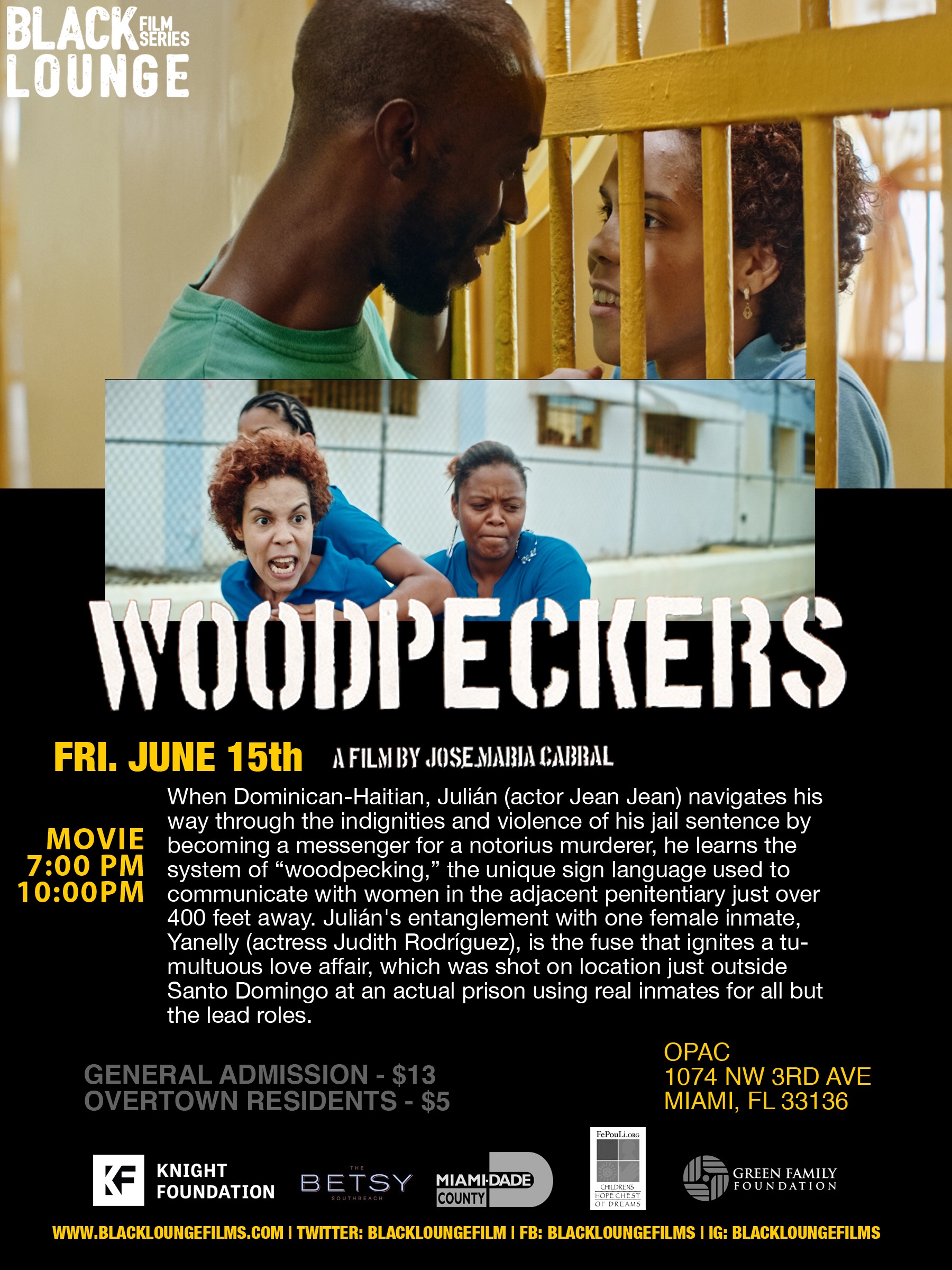 The Black Lounge Film Series (BLFS) continues to bring global Black cinema to Historic Overtown during Miami’s Film Month. The BLFS Series will present the 5th edition of its monthly global film series with a special screening of Dominican Republic made film, “Woodpeckers” (Carpinteros)on Friday, June 15th at 7 pm and talkback with lead actress Judith Rodriguez. The screening will take place at the Overtown Performing Arts Center, 1074 NW 3rd Ave, Miami, FL,33136. Tickets are available at $5 for Overtown residents and $13 for general admission. The evening includes music, food (cash bar), a movie, a Q&A and networking. Children over 16 are welcome. There are nudity and violence in the film. Parent’s discretion is advised. The film is in Spanish with English subtitles.

About Woodpeckers (Carpinteros)
Love can spring up in the most unlikely places, and the new film Woodpeckers (Carpinteros) tells one such tale of illicit and slow-boil attraction. Dominican-Haitian Julián (actor Jean Jean in a breakout role) begins a jail sentence for petty theft inside the notorious Najayo prison just outside Santo Domingo. While navigating the indignities, corruption and everyday violence from both guards and fellow inmates, he becomes immersed in the system of “Woodpecker,” the unique sign language the male prisoners use to communicate with women in the adjacent penitentiary just over 400 feet away.

Standing in windows or out in prison yards, love – and heated liaisons – blossom. Julián’s entanglement with one female inmate, Yanelly (the astonishing Dominican actress Judith Rodriguez Perez), is the fuse that ignites the events of Woodpeckers, which was shot on location at the actual prison using real inmates for all but the lead roles. Director José María Cabral, whose previous work was the Dominican Republic’s official submission for the Foreign Language Oscar, delivers a knockout film, full of atmosphere, sexuality, and grit.

Woodpeckers was entered in the 2017 American Academy Awards for best foreign-language film category. While the film was not nominated, this is Dominican Republic’s 10th film submission to the academy.

**Black Lounge Film Series program is under the 501c3 community partnership of Children’s Hope Chest of Dreams, Inc., a non-profit that uses the arts to empower the youth.