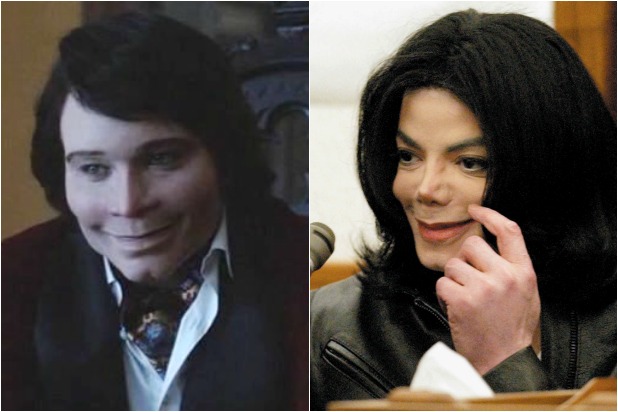 The Teddy Perkins episode of Atlanta was suspenseful, eerie, sad and yet still had a level of pure comedy to it. I had to read a few think pieces on the show to help me unpack what I saw. The episode on the surface was clearly about the late great Michael Jackson. The think pieces on the show were great and included theories that characters Benny and Teddy were the same person and the guy in the wheelchair was his dad. And so many people pointed out some deep shit that I didn’t think about like how there was a parallel to Prince and his house being turned into a museum.

In the episode Teddy Perkins discusses wanting to turn his house into a museum with a gift shop. However, I was looking for someone to state the obvious of the episode that made the likeness of Michael Jackson become a “horror” genre character in the first place. I’ll just say it, Michael Jackson ass was scary looking in real life. Ask yourself this, would you have wanted to be alone in Neverland with the last face MJ had and him giving you a tour a night? Hell no. I remember as a kid my younger sister, who was about 4 years old at the time, was watching the MJ special on CBS that aired in the early 2000’s and her being very scared of him. His face frightened her and his change of complexion confused her. Of course we all laughed because it seemed absurd to be scared of such a gentle soul that was MJ. My mom assured her he wasn’t a scary man but someone to be admired for his contributions to music and philanthropy. By the end of the special my little sister was dancing and singing the songs and MJ became and still is her idol. But that’s how Black People on a level treated MJ, he was such a great entertainer that we just dealt with the fact that he was doing some disturbing things to his appearance. We pretty much collectively said, “Chile MJ looks crazy, but dammit he can sing and dance his ass off though.”

I remember the face MJ had before he died. It was very similar to Teddy Perkins’ and that was face was fucking scary. I remember thinking this before MJ passed away that even though I respected and loved him, would I ever really want to be alone with him? It’s not because I thought he would seriously harm me but because his face had become horrific and him walking up on me like Teddy Perkins kept doing to Darius in the episode would indeed scare the shit out of me.

MJ wasn’t the only tragic tale of a kid star who grew up to have some deep seeded issues, but he created a face that really was made for a show like Atlanta to mimic and create Teddy Perkins. The irony to me that a person like MJ who was all about love changed his face to a disturbing scary old white man that on the surface looked like he’d sacrifice you in the same damn manner Teddy Perkins was going to kill Darius. MJ created that horror character of a face. I always wondered if that’s truly what he thought beauty was.

Also, The mere fact that Donald Glover and the crew at Atlanta thought to transform one of the greatest and beloved entertainers of our time and person with such a kind and generous heart into a horror character is pure genius. Because all Black people, hell I’ll dare say people in general, done had that conversation at the crib, the cookout, the hair salon and barbershop, the park, the fish fry or wherever people go to converse, and someone has said “Michael Jackson look scary shit, he’s a genius and we love him, but he still look scary as shit.”