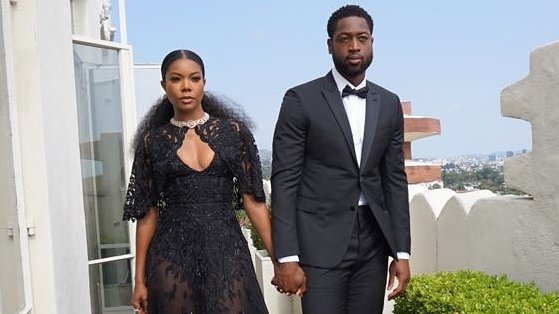 Gabrielle Union and Dwyane Wade did a very nice act this week. The couple donated $200,000 to a student-run gun control rally called March for Our Lives.  However, WSVN’s coverage of the kind gesture was over shadowed by an erroneous headline that reduced Mrs. Gabrielle Union-Wade — Multi award winning, veteran actress, all around bad ass, and walking example of Black Girl Magic– to merely “Dwyane Wade’s wife.”

Gabrielle Union Tweeted out a link to the article and called out the Miami news station.

When they let you know what they think of you. I have a name. https://t.co/EONnNVxCNV

Shortly after, fans came to her rescue and dragged the Fox- Affiliate station for hours on Twitter.

Me counting all the characters you had left to type @itsgabrielleu pic.twitter.com/xt2ml0aZf9

Change the headline then!

Her name is @itsgabrielleu GABRIELLE UNION. Say it with me GABRIELLE. UNION. Do better.

This annoys me greatly. You were who you are before marriage. Say her name @wsvn

In the age of the Dora Milaje, Ava, Oprah and Shonda , ya’ll know better @wsvn. Ms. Gabi was a thing before we knew D. Wade! (no shade to him tho) pic.twitter.com/RMS7PH1Cja

The best response though to Union’s tweet came from her husband, Dwayne Wade, who let WSVN know his wife’s FULL name.

To their credit, WSVN corrected the Tweet and their headline on their website correctly said Union’s name. The station said they didn’t want to delete the original Tweet to show that they were owning their mistake and not hiding from it. They were begging and apologizing like Keith Sweat up and down their timeline as the Tweets of complaint piled in. But we all know Twitter has no mercy or a cut off time. Hopefully Channel 7 (as Miami natives call the news station) remembers to put some respeck on Mrs. Garielle’s name from now on.

0 comments on “WSVN F’s Up Headline About Gabrielle Union-Wade; She, Dwyane Wade and Twitter Drags Station as Result”