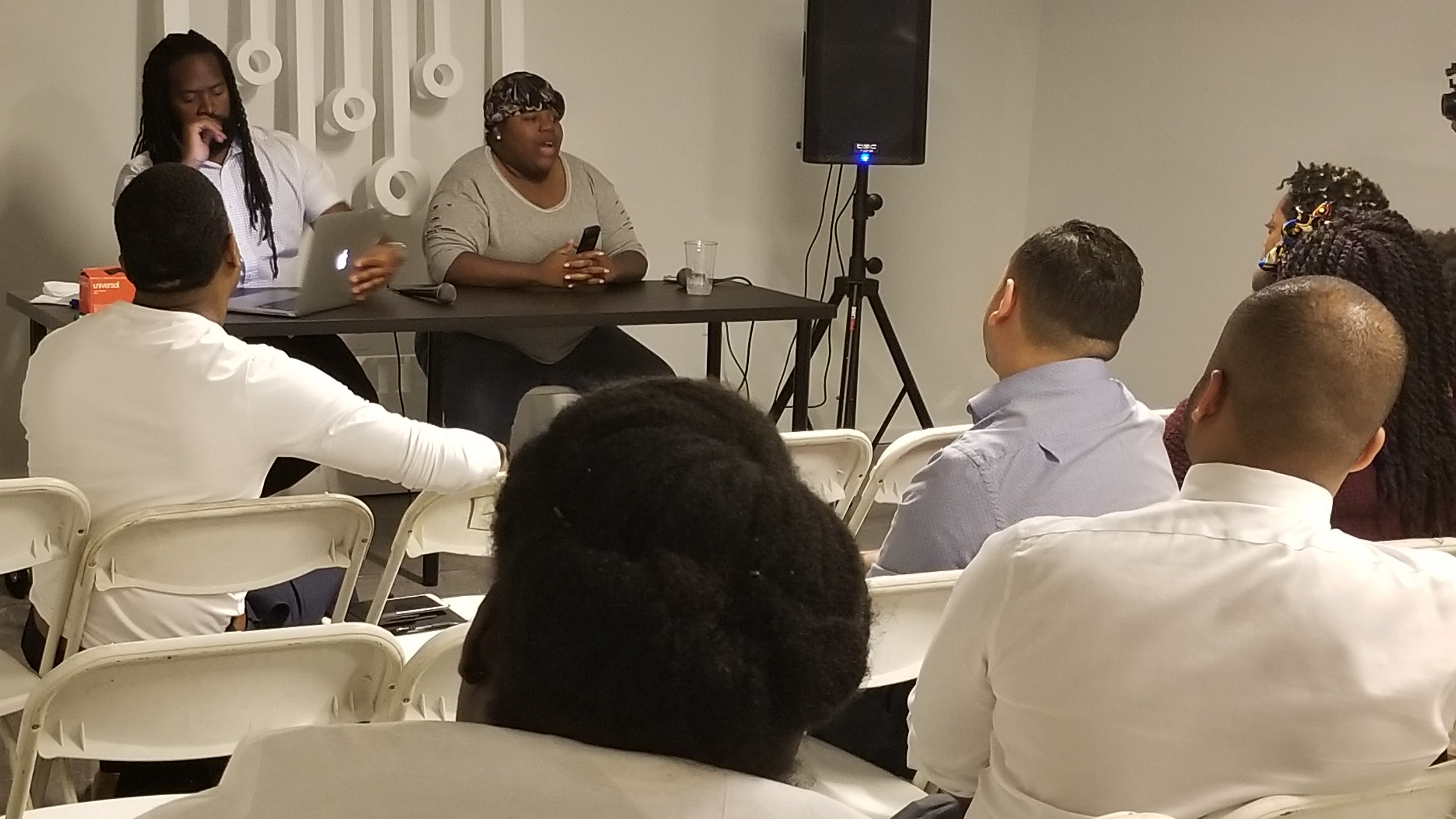 Social media influencer Starex Smith, who publishes the culinary and food centered blog The Hungry Black Man, hosted a community strategy session to help organize residents that want to end youth gun violence. The meeting, co hosted by Valencia Gunder, was planned to set an agenda where concerned citizens could talk about issues that they see contribute to youth gun violence and what power they had to change it.

The meeting begin with a brainstorming session where each person introduced themselves to the group and said what they saw was a cause to youth gun violence, which included mental health, family support, lack of youth employment, and lack of respect. The issues were written down on a board for everyone to see.

The meeting eventually morphed into a venting session, which Smith was fine with because he said he feel the need of people attending wanting to do that.

For the next meeting, which will be held sometime in March, Smith will email an agenda and formulate a plan to turn everyone’s ideas into an action plan that can possible be the beginning of a policy that can be implemented. The group also agreed to locate a family via a local school and adopt that family that’s in need of resources.

For more information on the next meeting follow Starex Smith on his Facebook page here where he updates his followers on community initiatives he’s apart of.