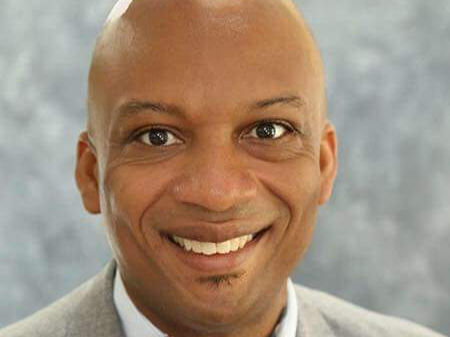 We support the L.I.F.E. Collective’s  Voters  Guide for Miami-Dade County

Anyone driving on NW 27th Avenue in Miami Gardens can see the positive impact Mayor Oliver Gilbert has had on the city because there is major development happening  up and down the corridor. Big brands stores that wouldn’t come in the past  are quickly on their way, the parks in the city are being transformed into state of the art facilities and although it’s not perfect (nothing is) overall crime in the city down– something  mainstream local media had to be damn near choked to report. Yes, overall crime is down in Miami Gardens. The humility of Mayor Gilbert would never allow him to take full credit for the positive changes in the community. He’s always saying “we” referring to the hardworking employees of Miami Gardens, the City Council and residents. Whether you agree with everything he does or not, like we said before, anyone one who’s been living in the city more than 2 years can see the impact he’s had.

The other candidates in the race don’t even compare. Clara Johnson is a novice and has publicly admitted to not knowing what she’s doing. Ulysses Harvard has not won an election in Miami Gardens ever and has mainly used campaign finances to buy meals from Arline’s Restaurant. Hip Hop pioneer and Miami New Times columnist, Uncle Luke, who has also endorsed Mayor Gilbert, called Harvard a #freelunchcandidate. Ha! Harvard was even the only person to not sign a document that all mayoral candidates signed agreeing to be truthful and ethical during this election.  That means he wouldn’t agree to tell the truth. We personally believe one of the candidates had Mayor Gilbert’s campaign signs ripped down from around the city, which is super petty, but we digress. However, that didn’t slow down any of Gilbert campaign’s progress. Many people didn’t know about the signs, and Mayor Gilbert  didn’t complain about it either. We’re sure it was due to the fact that he has actually raised funds unlike the other candidates –more than $150,000. That example of Gilbert not complaining about his signs speaks to the character of the mayor– above the petty stuff and focused on what needs to be done to continue to improve the lives of Miami Gardens residents. It would take all day to list all the things he’s done during his tenure, so we’ll provide a link for you to visit his website and a link to the Miami  Times article endorsing  him. You can read for yourself.

Also, black millennial voters in Miami Gardens and Miami-Dade County in general should educate themselves and vote because after you’re done ranting about what needs to be changed and typing with your Twitter fingers, it’s work to be done. There are candidates like Mayor Gilbert who’s doing that work and need your support.
Remember to vote for Mayor Gilbert and help him get re-elected. Voting day is August 30, 2016, however, early voting runs nows through  August 28th.

Here’s a picture of the L.I.F.E Collective voting guide. L.I.F.E., which stands for Living in Freedom Everyday, is a group of black millennials and gen  x’ers in South Florida dedicated to improving the state of black people in this region through various endeavours. To learn more about this group visit their Facebook and Instagram  pages by searching “L.I.F.E Collective.”