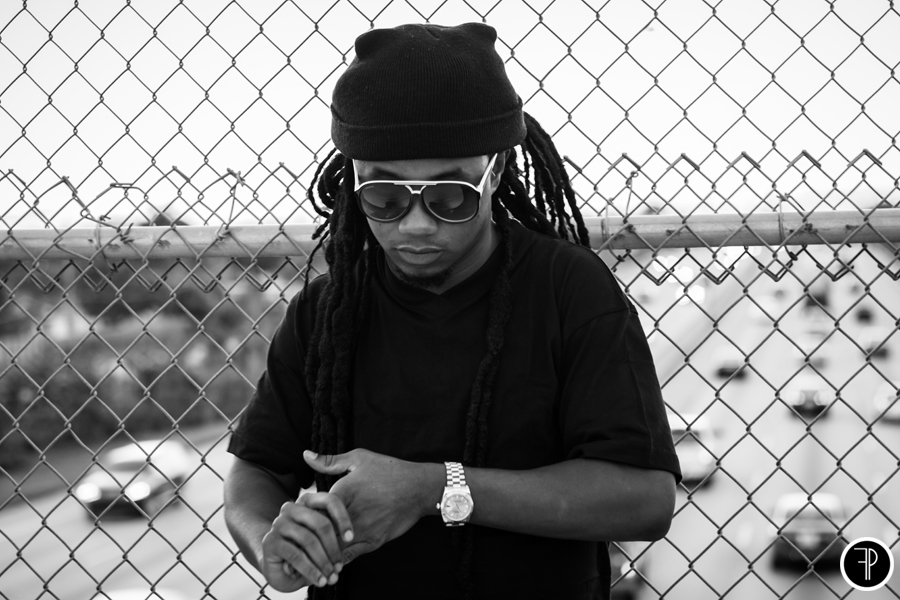 When World Star Hip Hop was filming their documentary series “The Field” in Miami, they decided to shoot an impromptu free-style session and Rapper Stro- Corleone was there to spit some of the best bars in the film causing his profile to be raised—gaining him international exposure.
“Over 20 million people have seen that. I have people in my inbox from Germany and  Europe,” said Stro-Corleone, who’s professional mentor, Def Jam Recordings rapper Gunplay, invited him to the set that day.  “He [Gunplay] told me last minute that World Star was coming to film. They asked who can rap– who got bars?  Gunplay told me to go in. I knew millions of people would be watching. I just went in and I went all the way in. I said fuck it.”

Some of the heavy hitting bars were:

“What is we talking about rapping or is it practice?

I can yawn on a verse and people tell me I’m snapping,

You put yo heart on a verse and they say you slacking.

Find a way out, that’s my message to niggas who trapping.”

The rap verses, recited with passion, were easy for the up-in-coming rapper to perform, because he’s actually lived them. The honest rapper’s life began in 1986 in San- Diego, Ca. Considered a miracle baby, Stro- Corleone, whose birth name is Chris Strothers, was in the Intensive Care Unit for three months after being caught in the umbilical cord.

“From that, I feel like I was born determined to make it in life,” said Strothers.

When he was still very young he moved to Miami’s Liberty City neighborhood—a neighborhood who’s stalled economic growth in the 1990’s caused an increase in violent crime. An only child and former army kid, Strothers understood discipline and hard work, but the rough streets of the now defunct Scott Projects where he grew up, made things tougher than he’d liked. However, even then Strothers remembers music being an essential part of life offering a way to think of another reality for himself.

“I’ve always been in love with music. Tupac and Outkast are my favorites,” he said. “ I thought this man [Tupac] is talking about some real shit, and he talked about his shortcomings. It was something I could relate to it, it made me say that’s what I want to do. The intelligence and integrity he had is unlike artists of today who coon for a deal. It was Tupac and what he embodied as a person and an artist– he made me say I don’t want to be a follower I want to live free.”

Strothers older cousins, Randy and Keomi, also helped shaped his musical tastes at that time. He said they’d all listen to popular rappers at the time like Scarface, 8 Ball & MJG, Pimp C, Bones Thugs-N- Harmony, but they also loved and appreciated local famous rappers like Trick Daddy, JT Money and MC Shy D because they spoke to lives they lived.

“They influence me all around from the dudes who they were,” said Strothers of his cousins who were big time drug dealers. “Some people had fear for them, but I looked at them as heroes. They were like Robinhoods for us. They always provided for us. They always told us to do better than what they were doing.”

One of Strothers’ fondest memories is when he was in high school and his cousins gave him $500  for scoring four touchdowns in a game against Chiminade-Modonna High School.

Tragically that same year, Strothers lost his two cousins who were shot and murdered. The incidents affected him deeply, but also gave him the determination to keep going and not take their same path.

Although as a teenager Strothers had lost his two greatest influences, he still had his high school football Coach, Walt Fraizer, who he also credits to making him the man and artist he is today.

“Coach Fraizer always told us opportunity favors the prepared,” he recalled. “Coach Fraizer was a father figured. He taught us a lot of lessons about situations and life.”

In high school, Strothers was a star running back on Miami Carol City Senior High School’s football team, who, during his tenure, he help lead to a 2003 State Championship under the leadership of Fraizer.

After High School, Strothers went on to attend college on a football scholarship at the University of Central Florida and Delaware State University, where he ultimately received a degree in Psychology. Always a top student and considered a bright kid, lack of money to support his son and himself as a college student led Strothers to dark days.

“I’ve been to jail twice. I’ve been beaten bad by the police,” said Strothers who has a song that talks about this incident and how he can relate to the Trayvon Martins and Eric Garners of the world.

“I can identify with the police brutality and the stop and frisk and racial profiling. I have a son, and I have to explain to him how corrupt this world really is. I still want him to be a kid, but he has to be aware,” he said of his 11-year-old son who he loves deeply.

Strothers has packed his good and bad days into rap verses to tell his story and to also teach lessons. The now 29-year-old, has done hundreds of shows and put out 3 mixtapes, so by the time The Field Miami was filmed, Strothers was more than prepared.

“I got a four year degree. I’m not just a rapper. I’m a person first.  I’m a person with intellect,” he said. “In my music I talk about college, but I don’t sugar coat it and I talk about taking the Miami mentally to college. I did rough things, and was going to class the next morning. I did what I had to do so I could [literally] eat.”

For Strothers following his dreams is freedom—a freedom he said most people will never have the courage to live.

“Where ever you can be the most free, you can have the most significance,” he said.  “It’s hard down here in Miami. It’s a lot of crabs in the bucket, but that’s more motivation to keep it moving. What God has for me is for me– I can’t stop. You tell me what I can’t do and Ima go out and do it.”

3 comments on “Rapper Stro-Corleone: How growing up in Scott Projects and Carol City High Football influenced him as an artist”