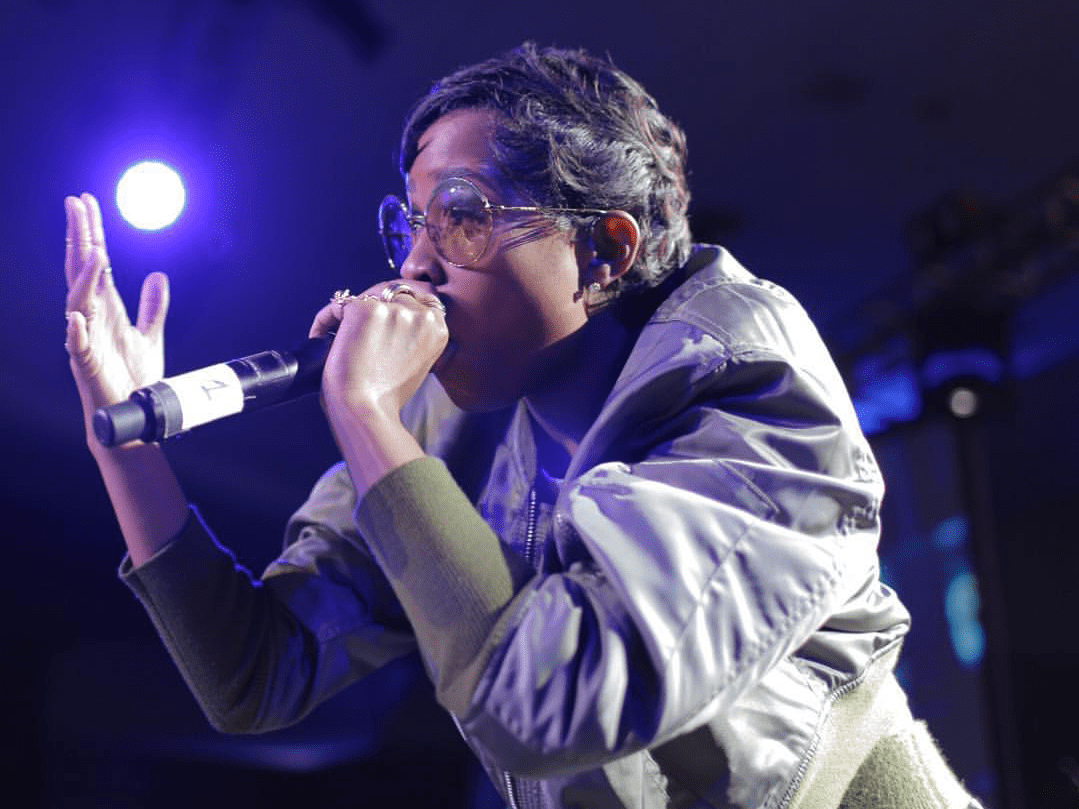 So let’s just be honest, let’s just be real about fans and taking pictures of celebrities. Both celebs and fans do too much in this matter and yesterday while resting from the Revolt Music Conference 2015 and sitting in the hallway on the Fountainebleau’s swanky leather couches I met a pretty young lady who told me about her ecounter with rapper, Dej Loaf, while at the conference (created by Sean “Diddy” Combs television network Revolt TV.)

Our conversation flowed into what stars had we’d seen around the hotel.(I knew this conversation would be short, because my “celebs” aren’t like most people’s.) I hadn’t seen many celebs around expect Ted Chung, Kevin Liles and Andre Harrell (Google them) outside of official events and panel discussions.  The young lady didn’t know Andre Harell, so I didn’t dare mention the others if she didn’t know him (how dare she, jk, but seriously these guys have done awesome things.) She then said, “Oh Dej Loaf is so rude and nasty acting toward fans.” I scoffed and in a snarky tone said,  “Dang that’s messed up! I mean, she’s only been famous for like three seconds. ” (full stank face was in affect at this point.) I personally feel celebs should interact with their fans in situations like this and take the picture with the fan or at least shake their hand or say “Hey have a nice day/ evening. People only get a few opportunities to see their favorite celebrity up close. That means a lot to someone who has supported your career and it’s the least you can do for someone who helped make you who you are. In the words of the great rapper Scarface during his 2015 BET Hip Hop award speach to his fans, “I ain’t shit without you.”

However,  as the young lady began to further explain the encounter with Ms. Loaf, I somewhat changed my mind on the incident. Apparently, it was late late night (around 4 a.m. Friday morning) when the young lady spotted Dej Loaf in the hotel lobby. She said she was reluctant to approach the new star because she didn’t want to be a pest, but decided against that and took a chance.  She said she and her brother are big fans and would loved having that picture. The young lady said the lobby was pretty much devoid of people at this time, so she thought to herself “this won’t cause a stampede of people to Dej Loaf.” She gained the courage and walks over to Dej Loaf, but then sees her making a frowning face (that right there would have stopped me in my tracks. ) She said she then sees the rapper hand signaling her body guard to “Do Work!” in true Varnell Hill fashion (Martin show reference). The body guard then tells her ” no pictures” and they all go their separate ways.

Now after hearing all of this I understood more why Dej Loaf did what she did. I’m sure she had just come from Diddy’s Fuck Cancer party, probably had been speaking to fans and press all day for her participation in the conference.  A bish was just tired at 4 a.m. and I think she was probably headed to her room to go to sleep. I think we as fans forget sometimes that celebs are human too and this is their job, how they feed themselves, and they have the right to be tired too. Imagine when you just make it home, you’ve had a long days work, you’re muh-f’n tied (catch that) and as you walk to your door a stranger jumps in front of you and ask to take a picture with you. You’re going to 1: call the police because that person is probably a stalker; 2: you’re more than likely not going to want to take the picture.  And let’s just replace stranger with your kids, mate or family member. You’ll say to them this isn’t a good time.

So this Dej Loaf ordeal was the equivalent of that. Now Ms. Loaf could have simply said she was tired or she could have taken the damn picture.  It wouldn’t have killed her. At a conference like #RMC2015, as a celeb attending you should expect this kind of stuff. So in the court of Janéy,  both are at fault. Both should have had more understanding for the other. Sidenote: I wish y’all could have seen the girl mimicking Dej Loaf signaling her body guard. That would have made many people feel crunchy. Lol…

On a deeper note, let’s remember to be understanding and considerate of each other no matter our walk of life.

Who do you guys think was wrong? I’d love to hear from you all.

0 comments on “Rapper Dej Loaf curves fan during #RMC2O15, but was she wrong?”