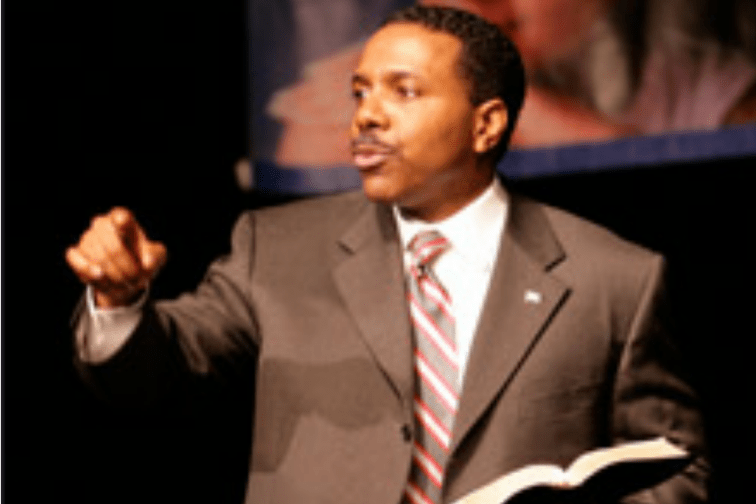 It’s been three years since Trayvon Martin’s death and his family and the communities across the nation still mourn and honor his life through various events that pay tribute to him.

Since the tragic day the Miami Gardens teen lost his life, unfortunate similar incidents have happened in Ferguson, New York, Los Angeles and even locally in Miami-Dade and Broward Counties. *And just recently Walter Scott was murdered by a policeman in South Carolina. Stories published across the nation show angry, hurt and disappointed communities who feel a fair transparent process to bring the killers to justice, most of which are police officers, has not been done.

Spiritual leader and Mega Church Pastor Dr. Creflo Dollar said communities across the nation should know that their anger and hurt is valid when they feel injustice has taken place, but they should not neglect healing and forgiving throughout these trying times.

“In the mist of all that, you got emotions going in all the wrong places and you got to deal with the death of a child,” he said. “One thing I’ve been telling people who have been hurt by this situation is you have to rely on God, you have to lean on him– we got to trust him.”

He went on to say the work does not stop there.

“Eventually we’re going to have to address the issue of forgiveness. That’s something hard to talk about. That’s something that’s hard to deal with, but when you don’t forgive other people you allow them to have power over you. Like the old saying, ‘it’s like drinking poison and expecting somebody else to die’”, Dollar said.

He said through forgiving comes strength to move forward. His words of advice were people should always obey the law; however, that does not mean laws cannot be challenged through productive civic engagement.

“The laws are set, but they can be changed,” he said. “I think as we come together to challenge what the law says, challenge how law is interpreted and become a force to change it– someone else can have a different outcome.”

Sanders, who leads Higher Vision Ministries, knows firsthand what it’s like for a community to be frustrated and want answers after a tragic event.

Last May, Howard Bowe, a Hallandale Beach resident, was shot by a Hallandale Police SWAT team member while they were serving a warrant. The resident, who was unarmed, later died from the gun shot would. The family dog, a 13-year old pit bull, was also shot and killed at the scene.  The community’s outrage over the 34-year-old’s death forced Sanders to give residents words of advice while also understanding their plight.

“Details are still unknown and that’s part of the frustration,” said Sanders. “In cases like this the community holds a collective breath to see the end result.”

He said the community should come together and have a real discussion and present strategies for change. He said it should not just be residents speaking to other residents, but include clergy, police, community members as well the local businesses owners.

“We all need to talk about this so our situation won’t turn into Ferguson,” he said. “I don’t think anyone has the one answer; I think it’s the collective that will bring about change.”

Both pastors agreed that religious leaders cannot sit on the side when the community is crying out for justice in tragic cases.

“I will continue to use my platform to bring all parties affected involved,” Sanders Said.

Dollar made similar remarks. He said the church should be a key component for communicating the community’s needs and helping to organize.