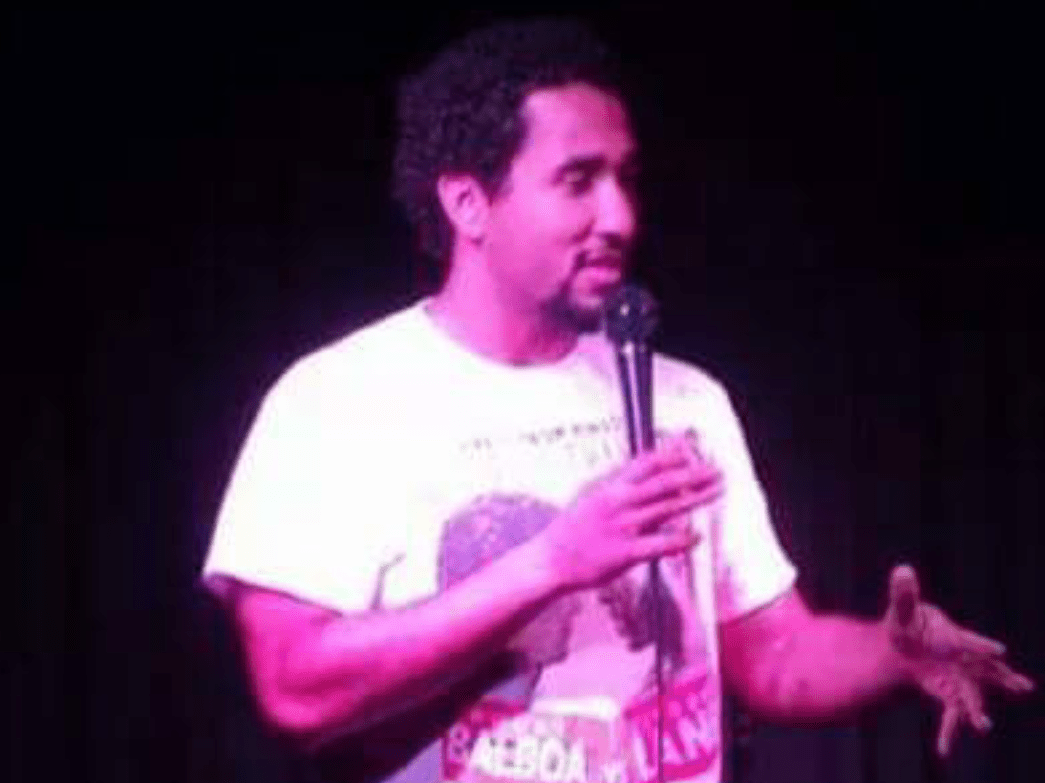 Comedian and Miami Gardens native, Sean Grant, learned quickly as a North Dade Middle student making people laugh would be his way out of sticky situations involving his classmates. At the time, the 12-year-old didn’t know learning to rank or “playing the dozens” would give him the skills he needed to become a professional comedian who would go on to tour the US and Europe and have multiple television appearances including work with Tyler Perry and Jimmy Kimmel.

“I had to learn how to rank. You fought or ranked,” Grant said laughing.

He explained how his classmates would do the “save me one” motion to his neck. If you didn’t go to school in Miami, then I’ll explain what is a “save me one”. It’s the act of grabbing the side on someone’s neck and swiping your hand across to make friction and heat. This can be painful.

Grant’s mother, who had him at age 16, didn’t know that some of her clothing choices for him would force him to learn how to play the dozens.

“I wore fake Fubu one time—my mom bought five shirts for $37 during Christmas break. I thought I was doing it,” Grant said still chuckling. “They ranked me so bad that I didn’t even go to lunch that day. I burned them shirts.”

The kid’s jokes forced him to watch a lot of BET’s Comic View to learn how to be quick witted with his sometimes cut throat classmates. He says looking back he can see how going to the tough middle school gave him the courage and quick thinking needed to become a successful stand-up comic.

“I became pretty good at ranking. I wasn’t a class clown, but if the opportunity arose I hit them with a joke,” he said.

In 2005 while still in school at Florida State University, Grant began his career on a whim after seeing a card on the floor asking “Do you think you’re funny?” It was for an opportunity to perform at the Miami Improv’s Amateur Night.

“I never knew how to become a comedian,” he said. “I thought Eddie Murphy would somehow see me and say hey come with me. I’ll make you a star.”

Since he began, he hasn’t stopped performing in ten years.

The now 28- year-old comedian, who said he studies comedy like a scientist, idolizes legends like Eddie Murphy, Richard

Pryor, Dick Gregory and respects contemporary comics like Kevin Hart and Mike Epps. He credits Epps for giving him his first big break by allowing him to open up for him while he performed at the Miami Improv. He impressed Epps so much that he was offered the opportunity to tour with him, but he subsequently had to turn down to finish college.

Grant moved to Los Angeles shortly after graduating college to further his career. However, getting started in a new city proved not to be easy. He had to live in his car when he first got to town and showered at 24 Hour Fitness.

“I’m amazed at what God has done for me,” he said. “The struggle is what makes your story more credible– makes it incredible.”

Grant’s deep faith comes from watching his grandmother and mother grow in their spirituality. And although Grant has more goals to accomplish, those tough times made him appreciate his role on Tyler Perry’s Meet the Browns, performing in stage plays in Miami and Atlanta and also being featured in the South Beach Comedy Festival and The San Diego Comedy Festival.

Grant, who’s also a graduate of Miami Carol City Senior High in Miami Gardens, says his advice to anyone wanting to pursue a career as comedian or actor is to trust the process.

“Don’t give yourself an artificial timeline,” he said. Those unreal goals almost made him quit. “Looking back, I’m like what was my rush?”

In the fall if this year, Grant will tape his first comedy special, with plans to shoot it in Miami and sell it to HBO. He can also be seen guest staring in season 4 of Maron, a scripted comedy show Created by Marc Maron that airs on IFC. Check your local listings.